Turning a negative into a positive

When cancer entered the lives of a pair of Wayzata hockey players, they responded by creating a fundraiser to help fight the disease 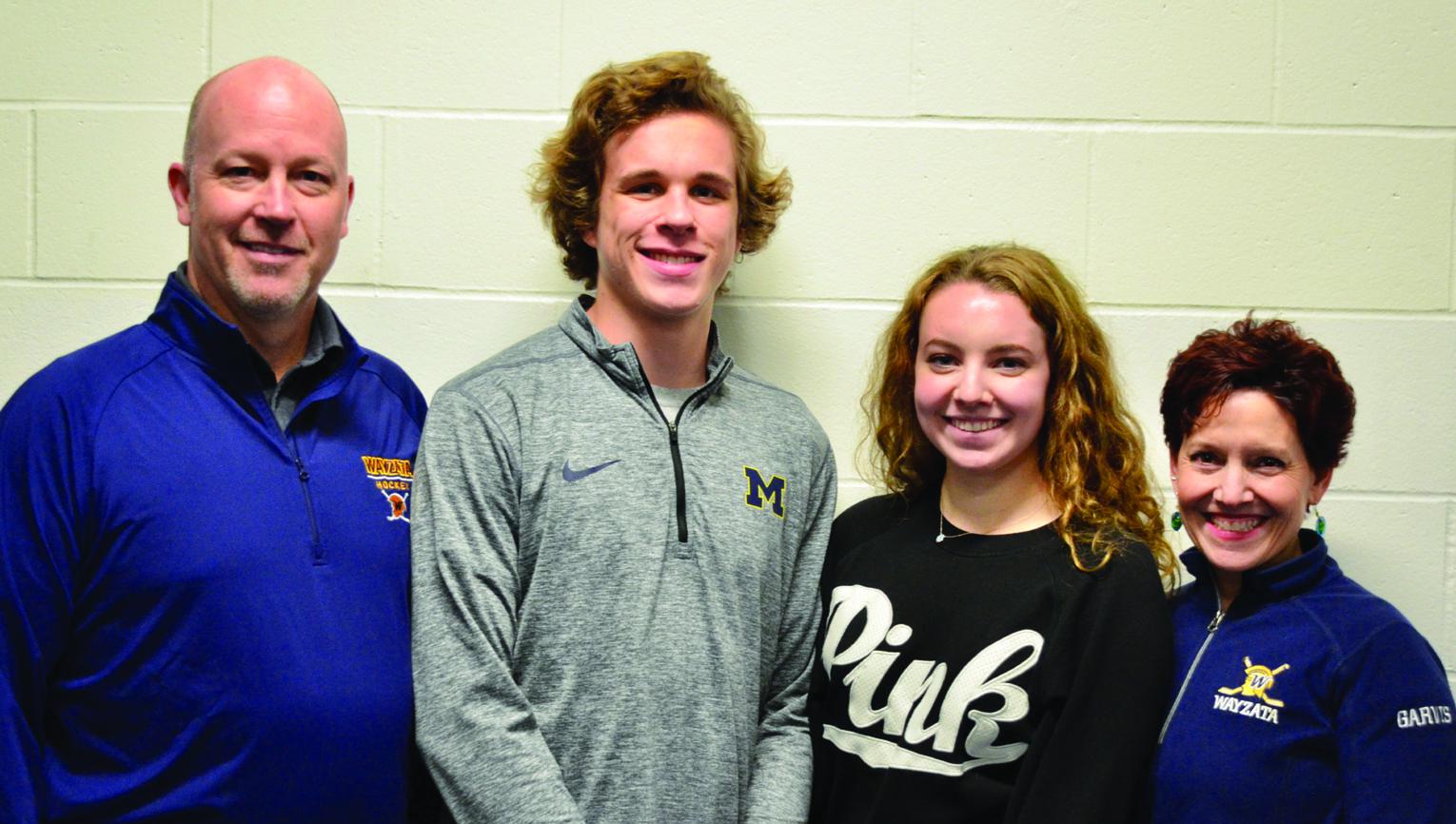 Team sports can be a great environment for kids to make friends, gain confidence and grow as young adults. It can also provide a community of friendship and support – which has been perfectly exhibited this year in Wayzata where two players on the varsity boys’ and girls’ hockey teams helped each other out with a similar problem.

Mike North and Steph Garvis have a lot in common. They love hockey, their team and their family, but they also share something they wish they did not – a parent with cancer.

“I found out a couple days before Christmas,” Mike said. “In my family room, my parents brought me and my siblings over and told us."

“I was afraid of what was to come,” Mike said. “My mind instantly went to the worst possible outcomes and it scared me.”

Steph’s story is, understandably, one filled with fear. Like Mike, the news of her mother’s lymphoma was unnerving to say the least. However, she had some idea of what was coming.

“I knew my mom had gone to the hospital because she wasn’t feeling well,” Steph said. “But I found out it was cancer in the car on my way home from hockey.”

Both Mike and Steph went through similar reactions of fear – scared of a future without their parent. Truly when a parent gets cancer, the entire family feels the pain and both Mike and Steph were affected as well. Mike’s fear was manifested internally, wanting to spend as much time with his father as he could

“I stuck close with my family and friends to help me through the whole situation,” Mike recalled. “Everyone coming together gave a feeling of hope and safety which was really comforting.”

Steph had a tougher time. Seeing her mother go through treatment and sickness took a toll on her as it would for any child dealing with this situation.

“The feeling was terrifying,” Steph said. “Seeing someone so strong become weak and sick is depressing. I was scared for her and for my family.”

The feelings were so difficult for her to handle she even started having trouble in school.

“I didn’t know how to cope for awhile until it started affecting my day at school,” Steph remembered. “I started getting bad anxiety and panic attacks. I talked to people who understood and tried to focus on school and hockey, and not thinking about how sick my mom was going to get.”

That is where her hockey community came in.

Sports can be a great place to exercise the body, but it can also be of great help to the mind. Both Steph and Mike found solitude on the ice rink. It became a place where, for at least a few hours, they didn’t worry about their parents’ condition. It became a refuge from real life.

“Hockey definitely helped me through it all,” Mike said. “It was a place that I could just let go and have fun with my buddies. It took my mind away from the bad things.”

“I could set time aside to focus on something else,” Steph said. “And at the rink I could escape from it all.”

They both confided in friends and school staff to help them through the tough time, but they also did something that so few of us do – try to turn a negative into a positive. When they had to do a senior project for National Honor Society, they decided to do something that would make them feel better and help others in similar situations. They organized a fundraising benefit in December when the teams hosted Hill-Murray called “Cancer Pucks.” They asked fans to participate in chuck-a-puck and to bring new hats and socks for cancer patients at Abbot-Northwestern. Proceeds from the event went to the Virginia Piper Cancer institute as well. Their motive for the event was surprisingly simple.

“We wanted to make something good out of something that was bad that affects so many,” Mike said.

They raised more than $3,600 in one afternoon and collected many socks and hats as well. What began as a school project turned into a passion project for these two seniors, that helped them with some healing as well.

“We wanted to do something special to us as hockey players,” Steph said. “But also, as students who have had parents with cancer.”

Both Mike’s father and Steph’s mom have now beaten cancer and only require  annual check-ups. Steph and Mike will graduate in the spring and head off to college. The lasting effect is a profound appreciation and respect for their community and their parents who have endured so much.

“I learned how strong my mom was,” Steph said. “And also how much my parents love each other because their relationship was tested.”

“I learned how strong both my dad and mom were,” Mike said. “It definitely opened my eyes to what true resilience and strength looks like.”

Lessons learned on the ice and in life, and it had nothing to do with the game at all.