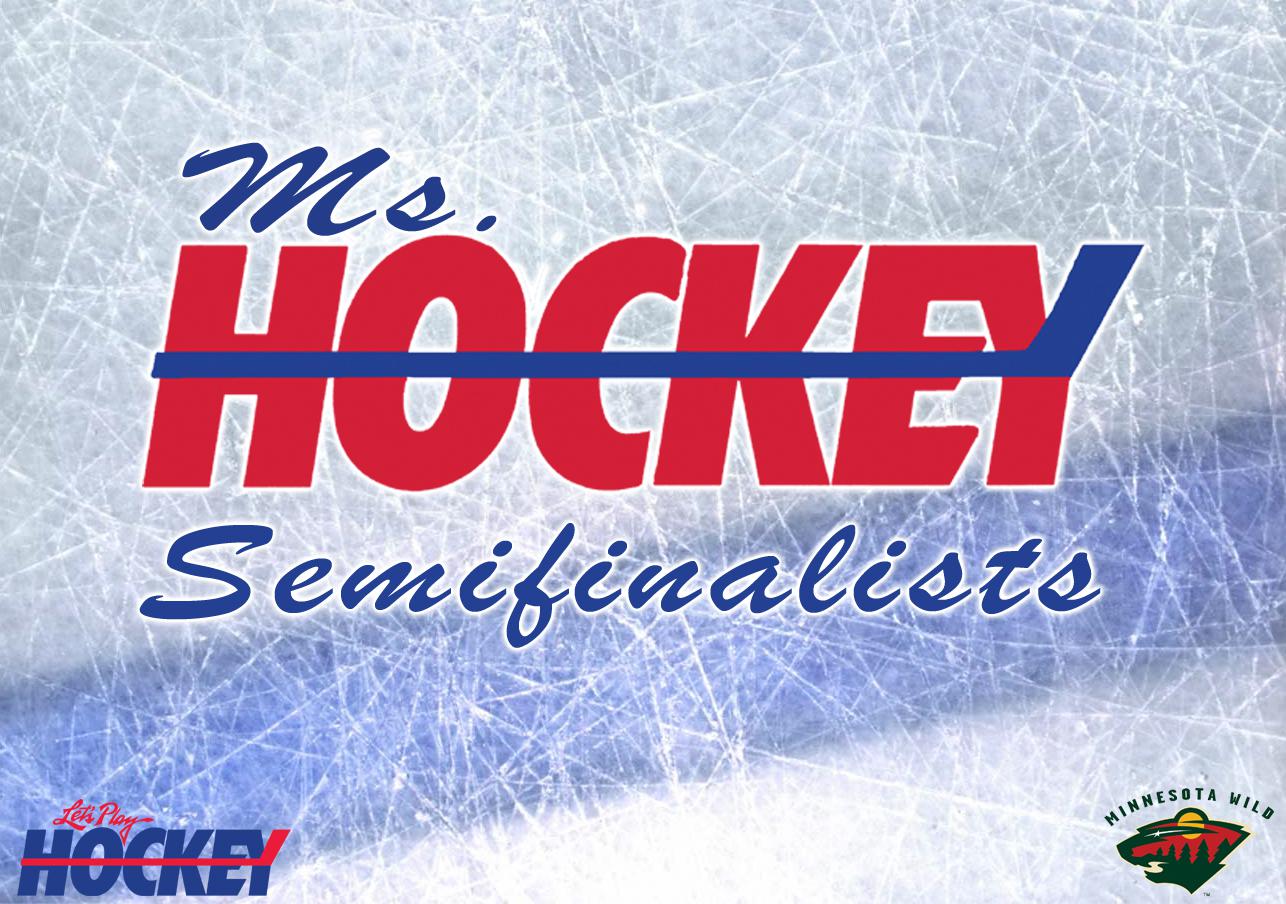 Let’s Play Hockey announced today the 10 semifinalists for the 2019 Ms. Hockey Award, which will be presented to the top senior girls’ high school hockey player in Minnesota.

All 10 players named as semifinalists are committed to a Division I school for next season, including five in the WCHA. The semifinalists have scored an average of 19 goals and 24 assists this season for their respective teams. All 10 players have been bound to the textbooks for the past several years as they check in with a cumulative grade-point average of 3.66.

Other awards that will be presented at the banquet include the Let’s Play Hockey Senior Goalie of the Year Award, which goes to the top senior goalie in girls’ high school hockey, as well as the Minnesota Girls High School Hockey Coaches Association’s Coaches of the Year, and All-State and All-Academic Award winners for the 2018-19 season.