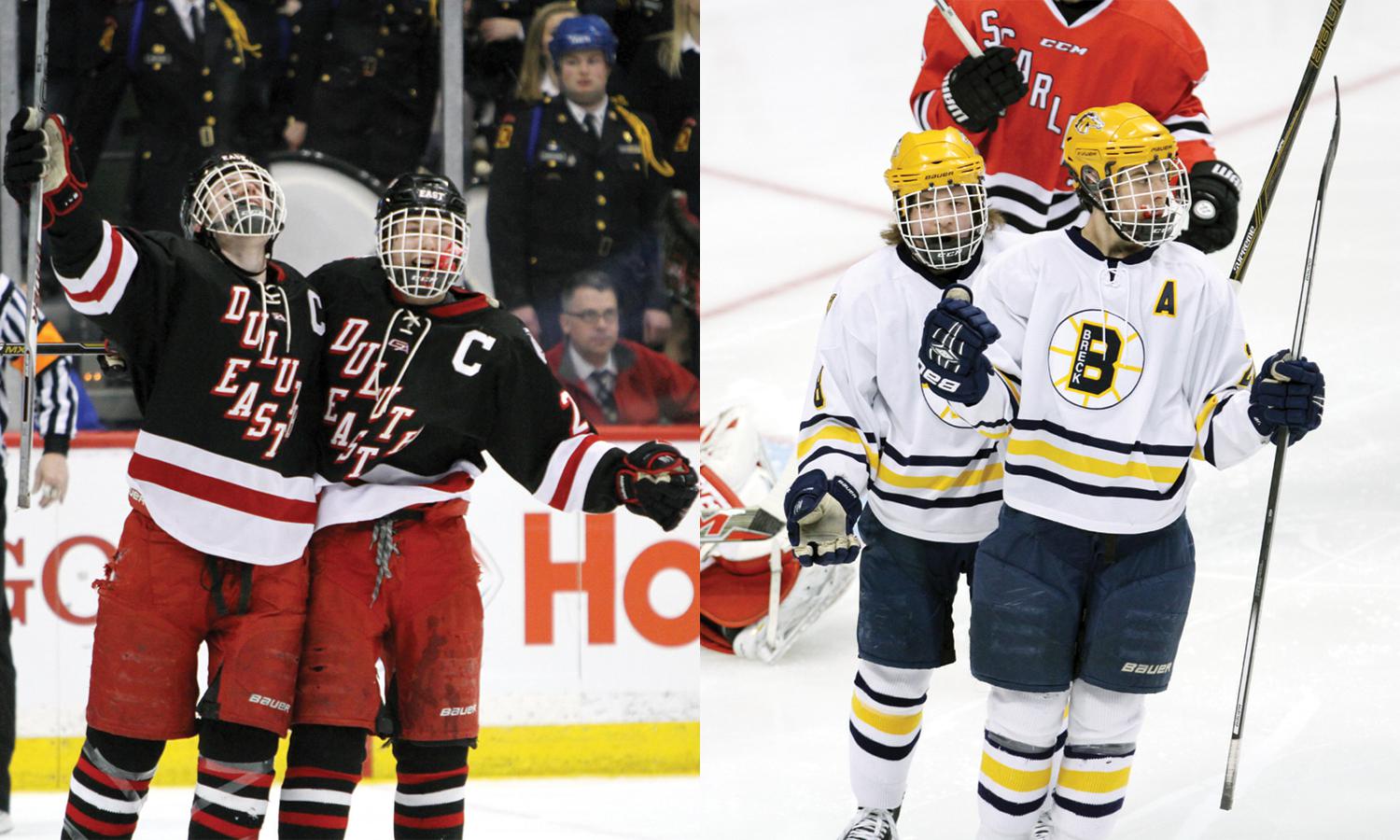 According to each season’s final rankings from, Duluth East and Breck are the top Class AA and Class A boys’ hockey programs in the “modern era.” Let’s Play Hockey photos by Mike Thill

Edina enters the 2019 Class AA boys’ state tournament as the No. 1 team in the state and in search of its record 10th state championship. The Hornets will be challenged by a strong field that includes No. 2 Blaine and No. 3 St. Thomas Academy. On the Class A side, three of the state’s top six Class A teams advanced to St. Paul, setting up a battle for the state title.

But what Minnesota Class AA and Class A boys’ hockey programs are truly the best, according to each season’s final rankings? To determine the top teams, we looked at the final top 20, beginning with the 1993-94 season – the year the Minnesota State High School League established Class A and AA – and awarded 20 points for a team finishing No. 1, 19 points for No. 2, and so on. Those points for all seasons were then added together.