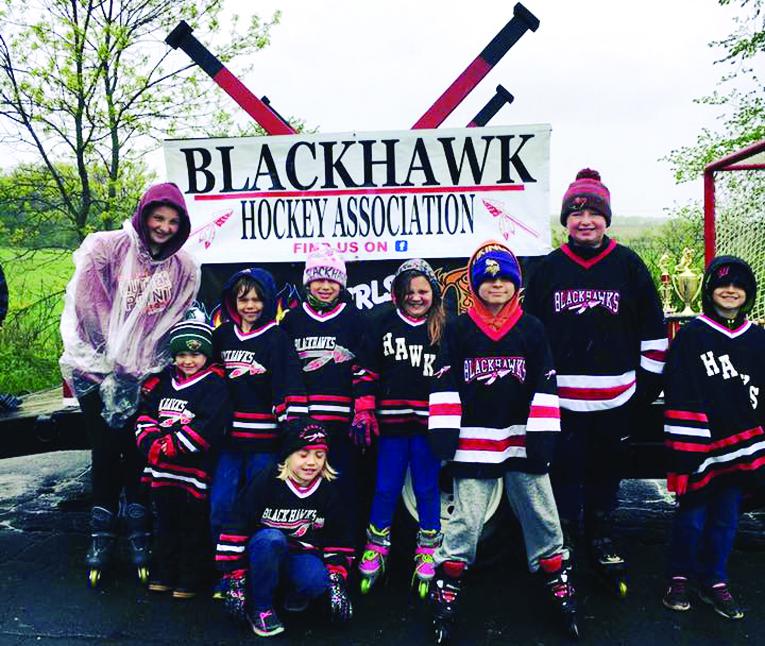 There is a balance Aaron Van Ranst and his fellow board members struggle to keep at times. On one hand, the Blackhawk (Baldwin, Wis.) Youth Hockey Association President knows that, in order to move the program forward and close the competitive gap between Wisconsin hockey and Minnesota hockey, their skating numbers need to grow. On the other hand, growing is one thing, but doing it the right way is something completely different.

Like a teenage driver behind the wheel for the very first time, knowing when to accelerate and when to step on the brake can be the difference between success and failure. The Blackhawks have built a reputation of making the right choices despite the outside pressure that goes along with running a hockey association in 2018. Van Ranst and his board believes that, in the end, no matter what the scoreboard says, character and compete will always be valued more than conference crowns and championships. Still, that dedication to “old school” values takes time to develop, and in a game that seems to get faster and faster by the second, time is often hard to come by.

“Everything that we try to do, it’s not about wins and losses at the lower levels,” said Van Ranst, now in his seventh season on the Association board. “That’s the biggest struggle we have. Sometimes people see wins and losses as the be-all and end-all, and they don’t have the patience to see things through. It’s not about wins and losses, but rather developing players so down the road our high school teams can be competitive. That’s what we shoot for as an association with all of our coaches trying to emphasize that the scoreboard doesn’t mean anything at these lower levels.

“Let’s try to develop a high school program and let’s develop players who like the game of hockey and concentrate on that. We like to get the kids involved in the community and we like to have good kids in general. We know our chances of producing NHL players and a bunch of college kids isn’t very good based on the numbers we are working with. If we can develop a good person as well as a good hockey player, that’s what we shoot for as an association.”

That philosophy has been one shared for generations in Baldwin. Van Ranst remembers that same type of mission statement when he was a player growing up in the association several years ago. His dad was the association president at one point when he was young. As a matter of fact, Van Ranst estimates that five to six current board members have a parent who at one point served as association president at one time or another. In Baldwin, it’s a community approach and it always has been.

The BYHA still primarily depends on volunteers when it comes to almost everything they do. Everything. Of the two rinks, one is an outdoor rink. A typical day during the hockey season means the indoor ice sheet is being used from early in the morning to late at night, and each family is asked to donate 60 volunteer hours throughout the year. Everywhere you look, the Blackhawks are the definition of “small-town” hockey, which speaks directly to the ongoing back-and-forth dilemma of growing the association and keeping pace with their neighbors to the west without sacrificing what Baldwin hockey has always represented.

“I would guess probably 65 to 70 percent of the players in our association are probably connected in some way to the same people who originally started in the organization,” Van Ranst said. “A lot of people on the board today are folks who coached me or their parents coached me. You see a lot of the same families who are still doing stuff for the association, and then the other 30 percent or so are players who move into town.

“I think that has its advantages. We know the history, we know why things were done the way they were back then. Our arena was built from the ground up basically by our parents.We have been in it for about 20 years. We used to play outdoor hockey when I was growing up. You see the progress the association has made over the years. We have really come a long way.

“You will see people at our games today who don’t even have a kid or grandchild playing. They just come back to watch hockey because they used to coach 20 or 30 years ago. My coaches when I played, they come back and watch the games. They like to come back and see how the players have developed. We do things a little differently now than what they did back then, and they are all interested in that and take great pride in the kids we are trying to develop. It’s great to have that continued community support and input. Everyone is invested and they want this thing to be done right.”

Growing a program the right way may seem obvious and fairly basic on the surface until you dive under the ice and consider where Baldwin is and where they want to go. Just 20 miles from the Minnesota border, teams across Western Wisconsin are growing their programs, and with that, trying to stay true to their core values in the process. In other words, while they want to compete with the best of the best Minnesota has to offer, more often than not they won’t be able to – at least not yet. And that’s where the slippery slope comes in. Plant the seeds and water them, but don’t over water them. It’s coming, it just takes time. If there is a new idea adopted by the association, perfect that one first before taking on a new and oftentimes more challenging projects. The numbers, rinks, money and player development programs will come, just not all at once.

“We definitely know we are behind the 8-ball,” Van Ranst said. “Minnesota has the numbers and they have the size. They have the programs in place for these kids to be playing all summer long. Now you can finally start to see Wisconsin field some of those programs as well. We’re starting to get the AAA options and starting to get more camps. We are learning from what Minnesota is doing.

“I gradually see it moving from the west side of the state to the east side of the state here in Wisconsin. We have some programs on the western side of Wisconsin that are very competitive, and I think most of that is because they are playing a lot of Minnesota schools. I think we are getting there, but I also think in five or six years we are going to see a lot more programs being able to compete with the Minnesota programs. We have to think a little out of the box because we don’t have a lot of the big areas or the large populations. We have smaller communities, so we know we are going to have less kids to work with. It’s a process, but we are making strides every day and that’s exciting to see.”

The process is working. Take the Blackhawks girls’ program for example. Like many Wisconsin programs, the Blackhawk Association has been slowly attracting more and more girls’ skaters to the sport, but it takes time. For that reason, the Baldwin-Woodville high school team elected to co-op with River Falls as the St. Croix Fusion. Since taking the ice, the Fusion have consistently been ranked in the top 10 in the state of Wisconsin.

The partnership with River Falls has been so beneficial to both hockey associations that this season the boys’ Bantam programs also merged, allowing the associations to field more than one team. More teams translates into more opportunity. More opportunity ultimately means more growth.

“We (Baldwin and River Falls) have some committees that go back and forth trying to figure out things like why we are losing numbers, what we are doing and how should we be developing players,” Van Ranst said. “They are a little bigger than us, but they are similar in size, so we are learning things like when is the best time to have two teams or when to only have one team; what are we doing to develop players and what are we doing to try to draw in players. A lot of the things we do they are doing the same thing. It’s nice to have someone going through the same thing we are going through. We have our Learn to Skate program and they are doing the same thing. I would say we try to tie into them a little bit and ask a lot of questions back and forth to see what works for them and what works for us.”

The questions are being asked and the answers are coming. The groundwork is being laid and the results are starting to show. The Blackhawks are building and they are doing it the right way.

The proof is all around them. While numbers (like most Wisconsin associations) continue to fluctuate at the mid-level programs, the teams who are competing have been put on the fast track for success. The BYHA joined Minnesota Hockey District 2 which means their youth hockey squads play a season schedule packed with opponents from Minnesota. That rise in competition sometimes means that the Hawks sacrifice wins, but the long-lasting effect on their overall growth cannot be ignored.

In addition to their high school girls’ program, the high school boys’ team has experienced recent success as well. Last season, playing in the Middle Border Conference, Baldwin-Woodville struck for 16 wins before falling to the Hudson (the eventual state champs) in the playoffs. In 2016-17, the Blackhawks won 20 games. Starring for the Hawks that year was forward Brandon Connett. A sniper who also spent time playing for Team Wisconsin, Connett was consistently one of the top scorers in the state during his time in Baldwin. Connett now plays for the Alexandria Blizzard of the NA3HL, a USA Hockey Tier III Junior program out of Alexandria, Minn. Connett’s rise through the hockey ranks is just one of many examples which seems to prove that the BHYA is on the right track.

“It’s hard for us at times because a lot of the organizations around us are so much bigger than us,” Van Ranst said. “The Hudsons are bigger, the New Richmond’s are bigger. They are running three teams at every level and we are only running one. With that being said, we are getting there. We have a great community and everyone is behind moving this thing forward. When everyone is working on accomplishing the same goal, great things can happen.”