Specifically those who are still complaining about the Big Ten 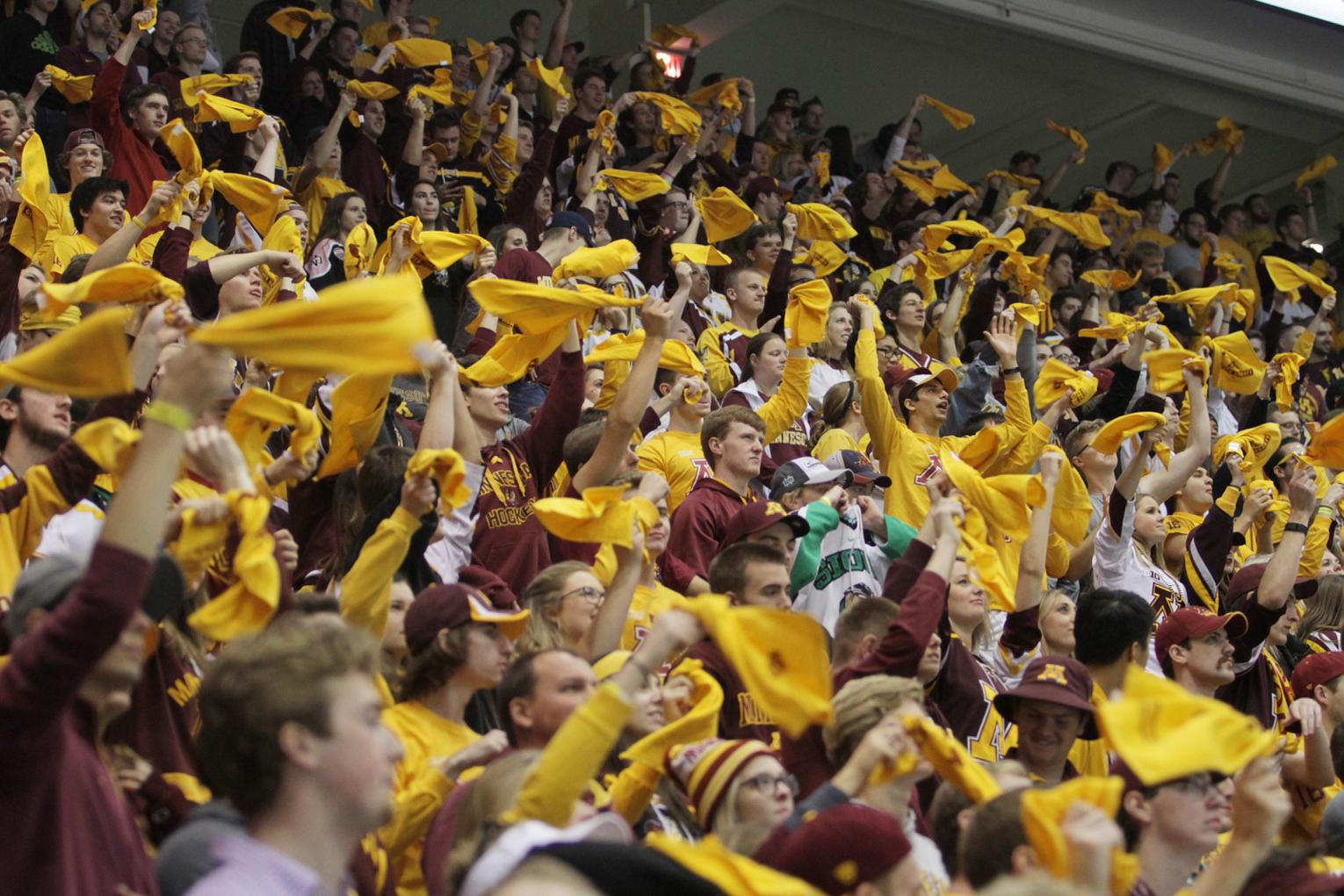 It’s the start of another men’s college hockey season, which means it’s time for the Sixth Annual Airing of Big Ten Hockey Grievances by a portion of the Golden Gopher hockey fan base.

You know who you are. The Big Ten releases its hockey schedule, and you immediately head online to complain about the Big Ten and pine for the good ol’ days of the old WCHA.

I get it, I really do. Like most Gopher fans, the creation of the Big Ten hockey league and the subsequent realignment of college hockey in the Midwest was not something I welcomed with open arms. We had it great before Penn State came onto the scene, prompting the significant shift of the college hockey landscape.

And I know many fans were completely turned off by the changes, and have basically given up their fandom – which makes absolutely no sense to me. I understand not embracing the changes ... to a point. If you’re still a fan of the Gophers – or college hockey in general – your time to gripe has come and gone.

I appreciate the motivations for the complaints, but it’s time to move on and embrace the new-look world of college hockey in the Midwest. Lament the realignment as you wish, but realize that the Big Ten isn’t going away, the previous version of the WCHA isn’t coming back, the NCHC is here to stay and your grievances about the no-longer-new look of college hockey need to be retired.

“I miss the rivalries of the old WCHA.”
This is a common refrain of a lot of Gopher hockey fans. They complain that Minnesota no longer plays rivals North Dakota, Minnesota Duluth, St. Cloud State and Minnesota State – for conference points – on an annual basis. While the “for conference points” phrase is true and certainly a factor in fans’ discontent, Minnesota has and will continue to schedule its longtime rivals.

In fact, since the creation of the Big Ten, 43 percent of the Gophers’ nonconference games have been against the Fighting Hawks, Bulldogs, Huskies and Mavericks. That number would be larger if University of Minnesota rules had allowed the Gophers to schedule UND from 2013-16 when the school was in the midst of a fight to change its nickname.

Now, I concede that games against rivals seem to carry more weight when they’re played for conference points. From a Gopher fan’s perspective, beating North Dakota when the game means something in the standings is more important than improving Minnesota’s place in the Pairwise (though last season’s .0001 margin in those rankings might have fans valuing out-of-conference more than usual).

I also hear fans say, “I don’t care about seeing Minnesota play Michigan State, Ohio State or Penn State. I’d rather see them play Bemidji State, Minnesota State or St. Cloud State.” On this point, I somewhat agree. Although I’d prefer to keep Minnesota’s rivalries within its conference, the Gophers are still playing their rivals AND have traded games against old WCHA foes like Alaska Anchorage and Colorado College for games against Big Ten blue bloods (and now Notre Dame). In my opinion, I’d rather see Minnesota take on longtime Big Ten rival Michigan four times per season than see an annual four-game series against Omaha.

We have to realize that, in the Big Ten, Minnesota is the black sheep. Michigan State fans, for example, were happy to have a schedule filled with Big Ten teams instead of regional foes like Bowling Green or Lake Superior State.

But realizing that we’re the black sheep of the Big Ten, and liking it, are two different things. For many fans, losing 2-3 hour road trips to see Minnesota face its rivals for league points was perhaps the hardest pill to swallow in the realignment.

The good news, however, is that the Gophers are still playing their top rivals, just a bit less often and for nothing more than pride and Pairwise points.

“Big Ten hockey is terrible.”
I think we can put this complaint to rest now. Although the league got off to a bad start with only four teams qualifying for the NCAA Tournament from 2014-16, today’s Big Ten is one of the strongest conferences in college hockey.

Last season, the Big Ten led the nation with a .678 winning percentage vs. non-league opponents. The conference then advanced four teams to the NCAA tournament with Michigan, Notre Dame and Ohio State each making it to the Frozen Four in St. Paul.

This season, five of the seven Big Ten teams are currently ranked in USCHO.com’s top 20 with Ohio State and Notre Dame listed at No. 1 and 2, respectively. Minnesota isn’t far behind at No. 6 after opening the season last weekend with a 1-0-1 performance against then-No. 1 and defending NCAA champion Minnesota Duluth.

With the resources that Big Ten schools have at their disposal – not to mention the advantage of having a dedicated TV network – there’s no reason to believe that the Big Ten will annually be a league to be reckoned with on the national stage.

“I can’t find the games on TV.”
Really? By now, if you can’t find the Big Ten Network, Fox Sports North (or FSN Plus), or one of the ESPN channels, you’re not really trying.

For those that complain that they never know what channel is broadcasting Gopher games, I ask, have you ever heard of the World Wide Web? Seriously, it isn’t difficult to find TV listings for your favorite teams.

Listen, I know we were incredibly spoiled in the pre-BTN days when you knew Minnesota was going to be on Fox Sports North (and before that, Midwest Sports Channel) week in and week out. Things change, but not this fact: Minnesota enjoys the most TV coverage in all of college hockey. This season, the Gophers will have 31 of 35 regular season games aired on TV (with more possibly added in the future), including 29 of those games carried by FSN, BTN or ESPNU.

For away games, check the schedule, but with only a couple exceptions, the Gophers will be playing on Friday and Saturday nights. This season, only two series are set for Saturday-Sunday – last weekend vs. UMD and the Nov. 23-24 series at Michigan State (which was moved to get both games on TV) – with not a single midweek game on the schedule.

“Tickets are too expensive.”
I agree.