I tore my ACL. Can I play hockey without surgery? 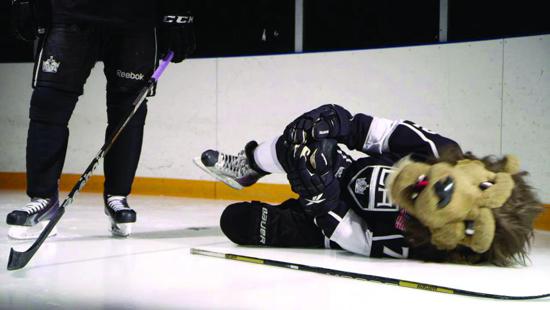 Answer: This is one of the most frequently asked questions that I encounter. When anterior cruciate ligament (ACL) tears occur in hockey players, should they be reconstructed? The ACL is essential to providing stability to the knee for twisting, pivoting, and cutting activities. When an athlete has an ACL tear, the knee can actually partially dislocate with a significant twisting episode. Every time this happens, either the cartilage at the end of the bone or one of the menisci, which act as shock absorbers in the knee, can be torn. More than 50 percent of athletes who try to play through a season with an ACL tear have been found to have either torn menisci or damaged cartilage. These players should be carefully evaluated as to whether or not it is safe to skate through a season without an intact ACL.

However, depending on the amount of stability that the athlete has after the ACL tear, some hockey players with minimal instability can compensate for a torn ACL and skate effectively in a brace for a season. These players should have reconstruction surgery at the end of the season to return full stability to the knee. For those skaters who have significant instability on their exam or for goalies, it is probably best to look at having the ACL reconstruction done right away to protect one’s knee from further damage.

The post-surgery rehabilitation process is very important and requires a minimum of 6-7 months before hockey players can return to full on-ice activities. Studies have shown that returning to contact sports prior to this time increases the re-tear risk.

For the first three weeks after ACL surgery, patients work on getting their range of motion back and also work on reactivation of their quadriceps muscles. We have found that those patients who work on extending their knee out straight immediately after surgery tend to have a much quicker return to function. Also during these first few weeks, patients should be full weight bearing, but stay on crutches until they can walk without a limp. Once patients can perform a straight leg raise without an extension sag at the knee, they can usually progress off crutches.

For the first six weeks after surgery, patients should not do any extensive lifting, twisting, turning or pivoting because it takes a minimum of six weeks for the bone plug from the ACL graft to heal in the bone tunnel created to replace the injured ligament.

Between 6 and 12 weeks, athletes progressively increase their activities to include stationary bicycling, using an elliptical machine, and doing leg presses as tolerated. Towards the end of this time frame, they may work on more involved exercises and work on a balancing program with their athletic trainers or physical therapists.

About six months postoperatively, an athlete usually has full return of their strength and function. At this point, if the athlete can pass agility, balance, and overall strength tests, we allow them to get back to full on-ice activities.

The issue of when to return to play after an ACL reconstruction is important because we have seen several athletes in the past who tore their ACL reconstruction grafts when they returned to on-ice activities sooner than five months after surgery. This is especially important to recognize in younger patients with allograft (cadaveric) reconstructions, where the risk of tearing their ACL grafts is very high if they return to activities prior to nine months postoperatively. Thus, it is essential to make sure that you are properly rehabilitated and have the strength and balance necessary to return to on-ice activities without re-injuring your reconstruction graft so that you can maintain good long term knee health and continue to play hockey.

To answer your question, unless you have been carefully evaluated and found to have very stable knee, it is recommended that you have an ACL reconstruction performed prior to returning to hockey in order to reduce the risk of long-term damage to your knee. If your new ACL is reconstructed using part of your own patellar tendon and you stay on top of the rehabilitation process, it may be possible to get back to playing hockey within six months.

Robert F. LaPrade, M.D., Ph.D. is a complex knee surgeon at The Steadman Clinic in Vail, Colorado.  He is very active in research for the prevention and treatment of ice hockey injuries. Dr. LaPrade is also the Chief Medical Research Officer at the Steadman Philippon Research Institute. Formerly, he was the team physician for the University of Minnesota men’s hockey team and a professor in the Department of Orthopaedic Surgery at the U of M. If you have a question for the Hockey Doc, e-mail it to editor@letsplayhockey.com. 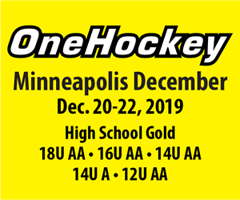