Dennis Bushy Does it All for His Hockey Community 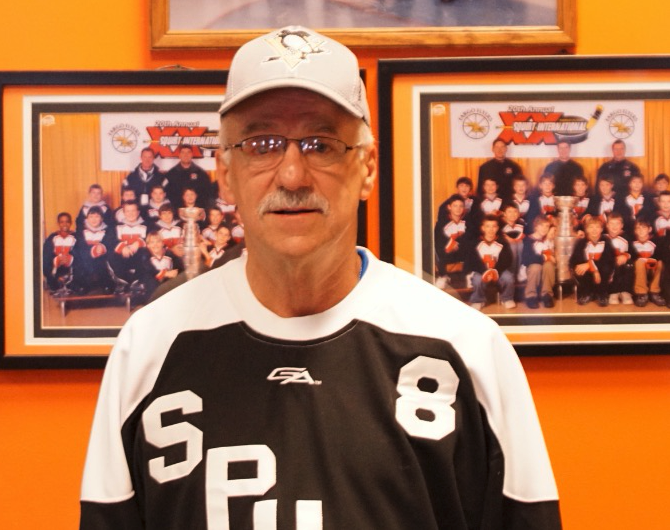 My first physical memory of Dennis Bushy was in the Fall of 2014. There was this Energizer bunny of a man running around the Moorhead Youth Rink. He was running the Zamboni, fitting the Peewees for uniforms and hauling in twice-baked potatoes from his car.

I asked, “who is the guy with the potatoes?” When the person responded - “that has to be Dennis, he does everything around here" - that was the moment I knew I was about to meet someone important.

Born and raised in East Grand Forks, Dennis played the game at the youth levels, but not in high school.

"There was no high school team on the East side yet, plus I went to the Catholic school (Sacred Heart)," Bushy said. "Even if they had hockey, my parents would not have let me go to public school to just play hockey."

Instead of playing hockey, he turned to coaching it while in high school and fell in love with the sport. After high school, Bushy was drafted into the military service where he served one tour in Vietnam. Following his military service, he eventually settled in Benson, Minn., where he helped Benson launch its youth hockey program in 1972.

"I coached Bantams there," he said. "We had some great athletes and some pretty good teams back then."

Bushy was transferred to Moorhead for work in 1977, and quickly began to get involved in the program. He has been a mainstay for the last 40 years - coaching the Bantam A/AA team since 1981, winning six state titles (two Minnesota Hockey, four VFW). He has coached every big-name Spud player that has gone on to college and pro success since the late '90s.

But his impact goes beyond the most recognizable Spud skaters. Dennis has played a role - sometimes large, sometimes small - in the lives of just about everyone in the Moorhead hockey community.

"Dennis is the heart and soul of our community’s hockey program." -- Matt Cullen

From managing the Association-run Moorhead Youth Rink, to running the concession stand and organizing the schedule for every team from Mites to Bantams, Bushy has been involved in it all.

“On any given day, I’m the Zamboni driver, janitor, mechanic or camp counselor,” Bushy said. “It is the greatest job I’ve ever had.”

One of the many lives that Dennis has impacted is recently crowned Stanley Cup champion Matt Cullen. Bushy coached Cullen when the Spuds won the 1991 Bantam A title. The bond between the two is as strong as there is in hockey.

“I’ll never forget in 2006 when we brought the cup to the Youth Rink," Cullen said. "We went through the back doors so Dennis could be the first to see it. He was so excited when he saw the Cup. He had tears in his eyes as he raised it over his head. It was one of the best moments of my career."

Cullen continued: "He has meant so much to all of us in Moorhead that have come through the program. Dennis is the heart and soul of our community’s hockey program. He cares about all of his players like family. (He is) truly one of the best people I’ve ever met in the game of hockey."

Another former Spud, Jason Blake, was equally proud of his friendship with Bushy.

“When I think of Moorhead hockey, I think of Bushy," said Blake. “He has been there for so long, he is the reason why the Spuds produce so many great players. To him, it’s always been all about the kids and that is why it is so great to grow up in Moorhead.”

There are only a few people in this day and age who get called a one-man-band or are willing to be the chief cook and bottle washer. Someday, people in Northwest Minnesota will probably have their own term for people like this - a "Bushy."

Thank you Dennis for your great service to the youth of Moorhead and to the State of hockey. 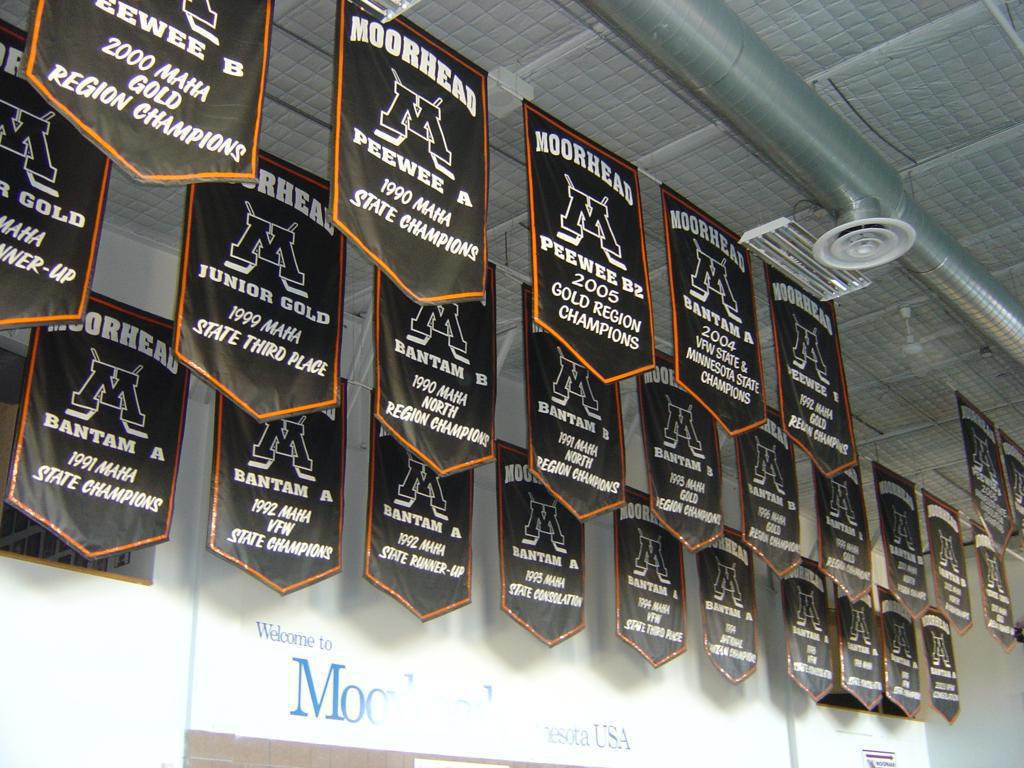