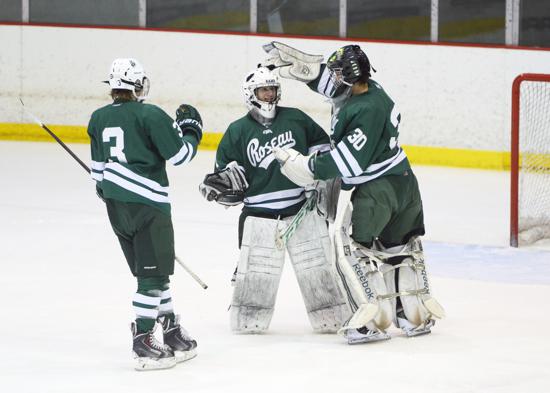 Twenty miles down the road from Warroad and less than 10 minutes from the Canadian border is Roseau, a self-proclaimed progressive community once ranked by Outdoor Living Magazine as the 20th best city in the nation to live for outdoor enthusiasts.

Folks in Roseau are proud to highlight that their town was the birthplace of Polaris Industries, as well as the way they overcame a massive flood in 2002 (with Warroad's help), that impacted roughly 90 percent of the homes in the town of 2,600 people. The city’s website beams about an excellent public school system, diverse employment opportunities, comprehensive health care options, diverse civic and community organizations and a strong retail area.

Whether it’s snowmobiling, hunting, fishing or hiking in and around the Hayes Lake State Park, bird watching along the Pine to Prairie Birding Trail or golfing at the 18-hole Oakcrest Golf Course, Roseau and the surrounding area is a prime destination for outdoor activity in Minnesota.

But what put Roseau on the map may very well be its high school hockey team, the Rams, who have made history inside, scoring seven state high school tournament championships, and honing their craft in one of three indoor rinks (including one open 24-7), almost incomprehensible for a town of its modest size. 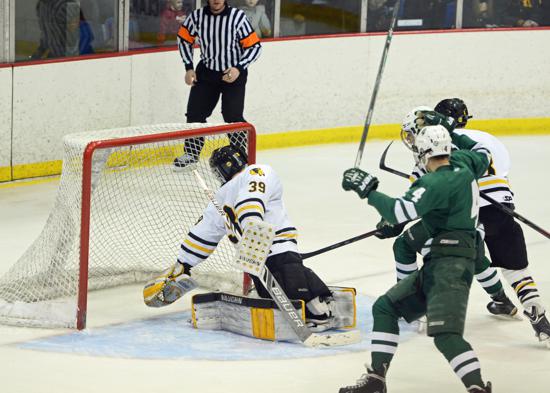 Like the old Gardens, its counterpart in Warroad, Roseau’s Memorial Arena serves as a hockey museum, once described by the New York Times as "an old, wood-ceilinged ark of a place with a pine-paneled lobby dinged from decades of floor hockey games." Displays, trophies, banners and photos along the Arena’s “Wall of Fame” pay tribute to the teams and legends of the game that donned the Ram green as players or coaches, including Neal, Aaron and Paul Broten, Oscar Almquist, Earl Anderson, Bryan “Butsy” Erickson, Dustin Byfuglien and Aaron Ness.

And, like their neighbors in Warroad, the hockey rivalry between the towns still matters to Roseau residents. While the intensity and vitriol may have diminished over the years, particularly now that the two schools are in different classes, the two games between the Rams and Warriors are much anticipated. So much so that Roseauhockey.com, a website run by Rams’ hockey historian Tracy Ostby, includes a countdown clock, charting the seconds until the puck drops on January 7.

What makes the Roseau-Warroad rivalry so special?

(on the need for a big pre-game speech) "They'll know. That's one thing about this game, you just open the door and they're ready to go."

"My first year was in the old Gardens. I was a sophomore and got thrown into that game, hadn't played a lot that year. It was really intense. The fans were right on top of you. It was pretty hot and heavy and I got lit up pretty good in that game. The experience was something that you'll never forget."

"You know that you have to have your team ready (to face Warroad). It's always a great game for us because after it we always play tougher. In order to survive it, you have to play tough."

"(Warroad) is always going to be in the hunt for that Section 8 title and they have had so many state tournament appearances, so the game is an excellent measuring stick. I'm sure they'd say the same thing about us. It's like a playoff atmosphere. So you're putting your kids in an atmosphere where they have to handle pressure and deal with adversity. It's great that you can have that during the season to get them battle tested."

"I've known about the rivalry since I can remember, watching my brother and sister playing Rams hockey against Warroad. I knew since the beginning of the season that January 7 was going to be our first game at home against the Warriors, so I circled that one."

"It's a high stakes game. It's one of those games where even if one of the teams is on a down year, it doesn't matter. It's a game like no other during the season. Each team wants to beat each other so bad."

"You hated the guys from Warroad. But a year after I had graduated from high school, a lot of those guys were my best friends and that carried on for many years and they still are some of my best friends. But we were sworn enemies in high school."

"I understood about (the rivalry) because I had older cousins who played on some really good Roseau teams. And at that time Warroad was really good as well, with Boucha and others. So those were big, big games. They were epic. You could feel the buzz in the community and you'd come to the rink and it was standing room only, and it was really exciting."

"When we were growing up that 20 miles could have just as easily been 200. Only we had to play them all the time. So we didn’t know them personally, but boy, we sure didn't like 'em."