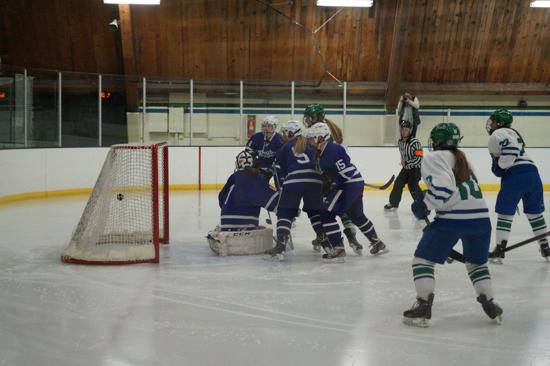 Tuesday night was no different, as the Bears, ranked No. 1 in Class 1A, cruised past the Wingers 9-3 at the Blake Ice Arena.

The Princeton commits combined for three goals in the first period, with Bullock scoring twice, and Wallin adding a goal in between, to give the Bears (5-1-1) a 3-0 lead after the first period.

The No. 9 ranked Wingers (1-4-1) closed the gap to 4-3 during the second period, as sophomore Taylor Heise scored two goals and assisted on senior Carley Marty’s goal.

After giving up three goals in the second, the Bears racked up five goals in nine minutes in the third, showing off a killer instinct that head coach Shawn Reid says comes from attention to detail.

“We talk about process all the time,” Reid said after the game. 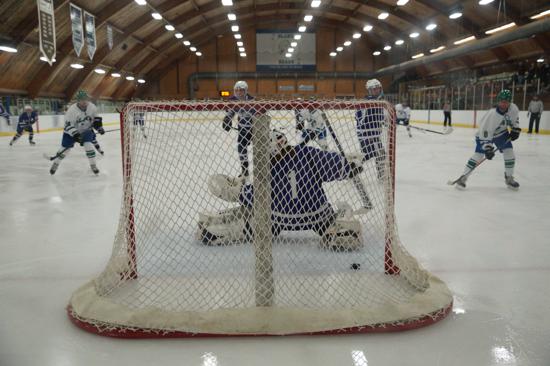 Freshman Izzy Daniel and eighth-grader Lily Delianedis must be already familiar with the process, as each scored a goal in the third period, with Daniels adding two assists and Delianedis notching one.

Daniel’s performance Tuesday night gives her two goals and eight points through seven games, good for third on the team. She attributes her early success to the veteran teammates and coaching staff.

“I’ve just been lucky to have such supportive teammates,” Daniels said. “And a supportive coach to help me along through my first season.”

Shepard said that the variety of grade levels in the Blake lineup, which features eight players who are either eighth graders or freshmen, is a positive influence for the team.

Despite Shepard not having scored a goal this season until Tuesday’s game, Reid says he’s not at all surprised at Shepard’s scoring outburst.

“She’s always on the puck,” Reid said of the co-captain. “In the State Tournament, I’ve put her on the first or second line. She’s able to step up.” 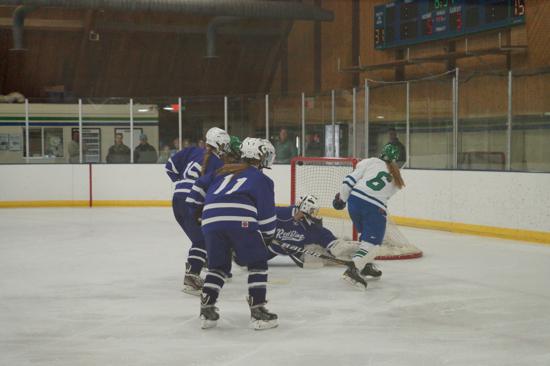 Blake senior Lily Shepard scores one of her three goals against Red Wing. The three goals were Shepard’s first of the season. Credit: Peter Odney.