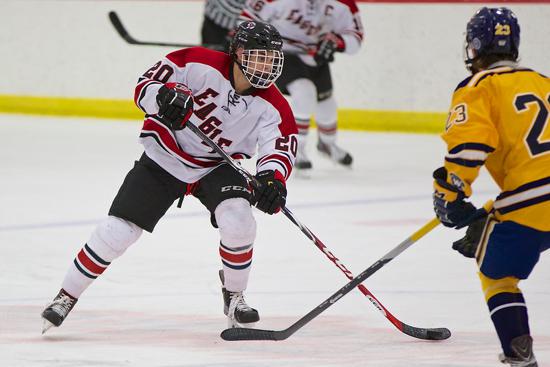 1. Eden Prairie – Eden Prairie has arguably the best 1-2 offensive punch of any team in the state. They return Michael Graham (Notre Dame commit) and Casey Mittelstadt (Minnesota commit), a tandem that will be very difficult to stop. Graham, a senior, returns after a stint in the United States Hockey League this Fall and Mittelstadt, a junior forward, led the High School Elite League in scoring. The Eagles have the size and experience to win a State title next March.

2. Duluth East – The ‘Hounds came a game away from another state title last year after beating Edina in one of the most entertaining Semifinal games in State Tournament history. Head coach Mike Randolph returns leaders Ash Altman and Luke Dow and a crop of highly skilled players as Duluth East looks to return to State for the eighth consecutive year.

3. Edina – The Hornets have reloaded once again under head coach Curt Giles. Last year they had future Division 1 stars Dylan Malmquist and Garrett Wait. This year, they have Gophers-to-be Clayton Phillips and Sammy Walker.

5. Hill-Murray – A top-10 list would not be complete without the three-time state champion Pioneers. Juniors Marko Reifenberger (41 points) and Jake Begley (1.59 goals against average, .919 save percentage) will be the leaders of a very young, but talented, team. 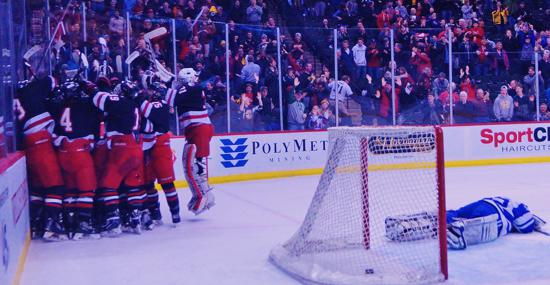 6. Grand Rapids – Top-to-bottom one of the most talented teams in the state. First-year Head Coach Trent Klatt has three dynamic seniors on his roster in Alex Adams, Jonah Bischoff and North Dakota commit Mitchell Mattson. Add in talented sophomores Gavin Hain (’15 YHH Bantam Player of the Year), Blake McLaughlin (Gopher commit) and Zach Stejskal (’14 YHH Goalie of the Year) and the Thunderhawks will be tough to beat.

7. Benilde-St. Margaret’s – Head Coach Ken Pauley lost his top three scorers, but, despite these key losses the Red Knights should be very good in 2016. Zach Risteau returns up front, as does University of Connecticut commit Connor Mayer on the blue line. Look for BSM to give Edina all they can handle in Section 6AA this year.

8. Prior Lake – Another top team in Section 2AA, the Lakers return leading scorer Connor Clemons and star goalie Drew Scites. Prior Lake’s depth should be a big advantage as they look to take the next step and get to State this year.

9. Stillwater – After winning two overtime games in the Section playoffs last year, the Ponies lost in the finals to section 4AA kingpin Hill-Murray. This year, Stillwater has its two top scorers back, cousins Jackson and Noah Cates. The Ponies return a great set of defensemen led by Jesse Bjugstad and two solid goalies in senior Josh Benson and junior Seth Eisele.

10. St. Thomas Academy – The Cadets will need to replace four of their top five scorers from last year and add some experience to a very young team. They may be young, but the talent is there. Senior Billy Jerry is a big forward who can score in bunches. Last year, Jerry had 44 points as a junior.  Due to section alignment, STA should be a strong candidate for State coming out of 3AA. 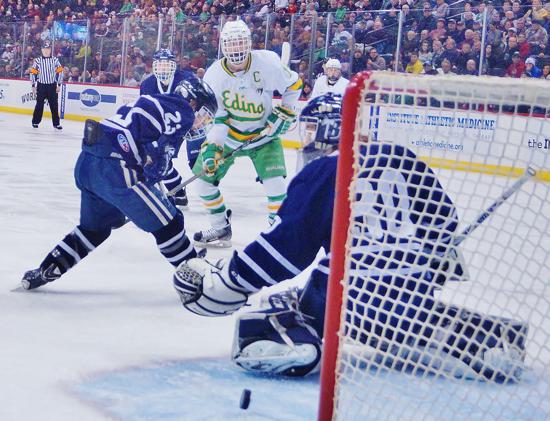 1. Hermantown – The class of Class A, the Hawks return a nice group of seniors including Wyatt Aamodt and Cole Koepke. Hermantown has lost six straight state title games, and will aim to put an end to that streak in 2016.

3. Mahtomedi – Despite losing National Hockey League draft pick Jack Becker to the United States Hockey League for his senior year, the Zephyrs may be the team to beat this year in Class A. Jack Heinsch (19 goals, 19 assists) and Joe Forciea (13 goals, 23 assists) are the top two returning scorers. One of the most important pieces in the Zephyrs quest to return to State will be the play of Will Swanson in the net.

4. St. Cloud Apollo – The prospects for an Eagles return to state are strong, as they have one of the best goalies in the state, Nick Althaus, and plenty of scoring punch up front. Apollo also plays great defense.

5. St. Paul Academy – This could be the year the Spartans break through and make their first State Tournament appearance. SPA returns its top seven scorers and goalie Andy Beran, who was named to the St. Paul Pioneer Press All-East Metro team last spring.

6. Luverne – The Cardinals return two of the top scorers in the state from last year, Chaz Smezrud (102 points) and University of Minnesota commit Jaxon Nelson (91 points). Luverne is more than a two-man team, however, as the Cards will have a lot of depth this year.

7. East Grand Forks – The two-time defending champs lost a lot of talent from last year’s team including North Dakota-bound Dixon Bowen. But the Green Wave will challenge the state’s best again in 2016. Watch out for seniors Tanner Tweten and Grant Loven to carry the load this season.

9. St. Cloud Cathedral – Another team that finished just short last year that has a lot to prove, the Crusaders return leading scorer Logan Neu (24 goals, 19 assists) and have a rising star in the nets in sophomore Keegan Karki.

10. Thief River Falls –Thief River Falls has spent previous State Tournaments away from the Xcel Energy Center watching East Grand Forks hoist trophies. But this could be the Prowlers’ year. They return leading scorer Ethan Johnson and 10 other seniors, so will be one of the more experienced teams in the state come March.

Hermantown hopes to make it back to the State title game again in 2016, but this time with a different result. Photo credit: YHH. 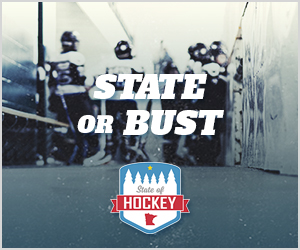