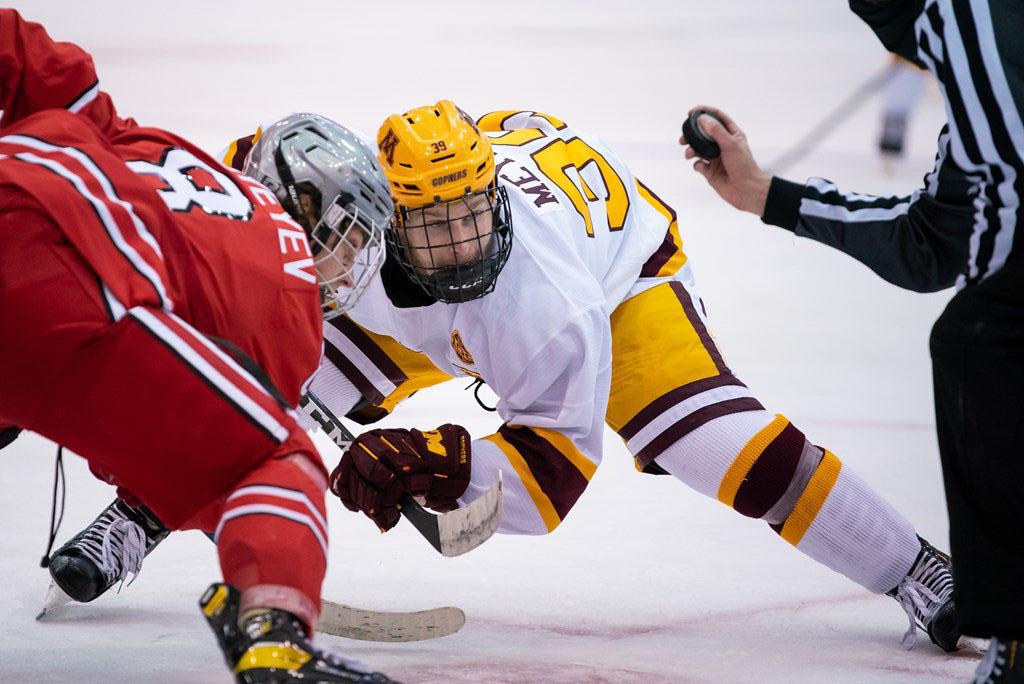 Gopher Ben Meyers is one of 10 finalists for the Hobey Baker Award and joins former Delano teammate Brian Halonen of Michigan Tech on the list.

The ten finalists were selected by voting from all 59 Division I college hockey head coaches plus online fan balloting. Next, the 30-member Selection Committee and an additional round of fan balloting through the Hobey website hobeybaker.com March 17-27 will determine this year's Hobey Baker winner. Criteria for the award are: displaying outstanding skills in all phases of the game, strength of character on and off the ice, sportsmanship and scholastic achievements.

Following, in alphabetical order, is a look at each finalist.

When he arrived in Ann Arbor as a highly touted freshman, he scored two goals in his first college hockey game and hasn't stopped. Gifted offensively with a sniper-like shot, Beniers has followed that inaugural season with a 40-point performance and laid claim to the Big Ten scoring title, First Team all-conference honors and is a finalist for Player of the year.

A creative offensive player with elite hockey sense, Brink leads the nation in several categories: most points, most assists and he is the only player in the nation averaging one and half points per game. His breakout season earned him the NCHC scoring title and First Team accolades, while being a finalist for Player of the Year and Forward of the Year in the nine-year old conference.

Known as a power forward with a shoot first mentality, Halonen made history by becoming the first player to lead the newly formed CCHA conference in points (36) and goals (16) in conference play, earning him First Team all-conference recognition. His 132 shots on goal ranks eighth in the nation while his 18 even strength goals are the most in the country.

It's been an incredible year for the first-year defenseman, beginning with Hughes becoming the third brother of his family to be a first-round NHL draft pick. He followed that up as the highest scoring defenseman in the nation, collecting 36 points in 37 games. The Big Ten honored him as co-Freshman of the Year, All Rookie Team and Second Team Big Ten.

Not many goalies can make this claim: Levi began his college career with two shutouts in his first two starts. After being sidelined as a freshman due to injury, his debut was just the beginning of a fabulous season. The Huskies went on to claim their first ever Hockey East regular season title as Levi hauled in a truckload of awards including: Goalie of the Year, Rookie of the Year, First Team Hockey East, All Rookie Team and was a finalist for Player of the Year.

A dynamic, 200-foot player, Meyers co-captained the Golden Gophers to a regular season Big Ten title, finishing second in conference scoring with 36 points in 30 games. His sensational season earned him Big Ten Player of the Year and First Team all-conference honors. Meyers played for Team USA at the Beijing Olympics finishing second in team scoring. In his four games since his return to the Gophers lineup, he has tallied five goals and five assists.

Producing the best statistical goaltending record in the storied history of the ECAC, Perets established league records for goals against average, saves percentage and shutouts. He had an amazing 0.89 goals against average helping the Bobcats to the regular season crown. Plenty of awards followed as ECAC Player of the Year, Goalie of the Year and First Team all-conference.

A skilled, elite playmaking forward, Smith is tied for second in the nation in scoring with teammate Julian Napravnik with 48 points each. Smith has picked up points in 28 of 33 games this season and has had scoring streaks of 10 and 11 games. A First Team all-CCHA selection, he represented the U.S. at the recent Beijing Olympics.

Trivigno's tenacious and dynamic play allows him ice time in all situations. After helping UMass to its first ever national title last year, he has followed that up with 45 points in 34 games to rank fifth in the nation in scoring. Having won the Hockey East scoring title, he was named the circuit's Player of the Year and First Team all-conference.

·      Team captain and Most Outstanding Player at 2021 Frozen Four

The Hobey Baker Top Ten video is available in a High Definition format at www.hobeybaker.com/media   Total running time is 6:20.

The 2022 Hobey Baker Award winner will be honored along with this year's Hobey Baker Legend of College Hockey, Gino Gasparini, at the annual banquet and golf outing to be held August 11 in Lake Elmo, Minnesota. For more information visit the Hobey website at: www.hobeybaker.com. 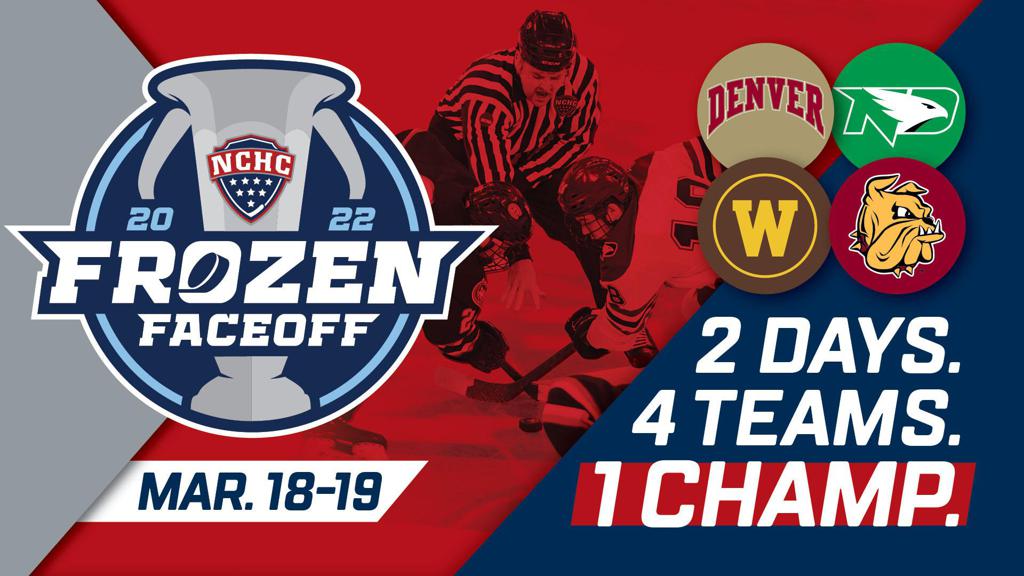