Born to be a Goalie 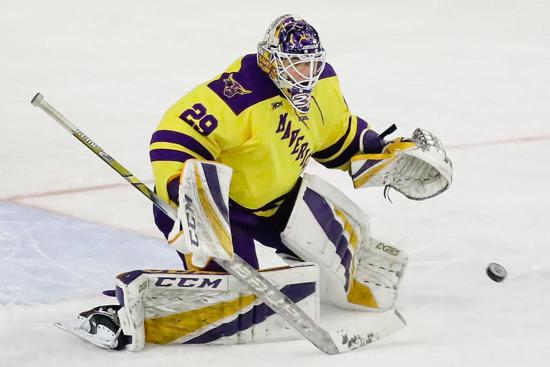 With his 27th shutout in his career, Minnesota State's Dryden McKay has cemented himself in the NCAA record books. In the Mavericks 7-0 win over Northern Michigan, McKay broke Ryan Miller's NCAA record for career shutouts.

It's just another impressive statistic for a goaltender who has been unbelievably consistent in his four years as a starter for the Mavericks.

McKay has twice been a finalist for the annual Mike Richter Award given to college hockey’s top netminder. But both times McKay has been passed on for the likes of Maine’s Jeremy Swayman in 2019 and for Minnesota Gopher Jack LaFontaine last season.

This happened despite McKay putting up some incredible statistics.

In 2019, he finished with a nation-leading .942 save percentage. He posted a 1.31 goals against average and won 30 games. Plus, Minnesota State was ranked at or near the top most of the season and entered the playoffs as a No. 1 seed.

Swayman, perhaps a better NHL prospect with his 6’3” frame, took home the Richter Award, was a Hobey Baker finalist and played 10 games with the Boston Bruins last season and has started three this season.

McKay, meanwhile, has not only gone without a Richter Award, he still has not been drafted by an NHL team and at age 23 enters his senior season for the Mavericks, his fourth as the starter. Why are these other goalies getting the glory when McKay has proven time and time again he his adept at stopping pucks?

Being McKay is only 6-feet tall, NHL scouts have given him a pass, and unless he is drafted next July, will likely sign a minor league deal somewhere where he will have to prove himself all over again.

“I’m not the size they are looking for and there’s no way around that,” said McKay. “There’s nothing I can do about it. I just have to do my best to help Mankato win and hopefully the scouts see that. Ultimately, they are looking for guys who can stop the puck, and as long as I do that and win games I feel like I am setting myself up to play at that level.”

McKay is the son of a former pro goaltender Ross McKay who grew up in Edmonton and attended the University of Saskatchewan. He toiled in the minor leagues and played one game with the NHL’s Hartford Whalers during the 1990-91 season.

In 1997 he named his son Dryden, of course after his favorite goaltender Ken Dryden, who ironically is considered the best collegiate goalie of all time. On McKay’s birth certificate there was a cartoon of a doctor holding up a baby with a goalie mask. There was no doubt, Dryden McKay was going to be a goalie.

“My dad was coaching at the time so I was on skates at two or three years old,” McKay recalled. “But I didn’t go full time goalie until squirts or peewees. He wanted to make sure it was what I wanted to do.”

Those early years of skating out helped McKay become an efficient skater, one of the needed qualities to be a great goaltender.

“He had me in regular skates and any time there was power skating I was always learning to use my edges.”

McKay played Triple A hockey in Illinois. He grew up in Downers Grove, a village in DuPage County with a population of close to 50,000 these days.

“Triple A hockey wasn’t very big in Illinois when I was younger, but then the Hawks won three Cups in six years and hockey became cool,” said McKay.

The timing was right for McKay, who joined Triple A and took his hockey-playing to the next level. His team traveled to Michigan five times a year.

“It was a lot of travel,” he said. “The sacrifice my parents made was insane. Overall, it was a great experience.”

McKay knew he always wanted to play college hockey, but he didn’t know it was a reasonable possibility until he played in the USHL and went against some of the top players in the country. It was then he knew he could be successful at the NCAA level.

He started getting recruited and actually committed to another school before settling in with the Mavericks.

“Mankato was the one school that stayed with me through the entire process,” he said. “They had everything I was looking for. A great school, great facilities, and an established and successful coaching staff. It was an easy decision.”

He played right away and was between the pipes for 34 games as a freshman, posting a 1.76 GAA and .927 save percentage. Since the beginning of his freshman year he has played in 97 games and won 75 of them. His 81-17-4 record carries a winning percentage of .794.

He has been incredibly consistent and credits the Mavericks system, his hockey IQ and his mental toughness as the key ingredients to his success.

“I am able to read the play and understand where the shooter is shooting or what his pass options are,” he said. “That allows me to beat the play and be in perfect position for that shot or pass. Once I am there I am pretty quick.”

It is no secret the Mavericks are a defense-first minded team, and it all starts with Dryden.

“The coaches preach defense first every day and that’s comforting for a goalie,” he said.

He credits goaltending coach Brennan Poderzay for helping him as well.

“He has added some structure to my game and got me away from scrambling where I was beating myself,” he said. “If I just stop the ones I am supposed to stop, we have a great chance of winning.”

Poderzay is now with the Minnesota Gophers.

“The hardest part is when your team isn’t scoring and you feel pressure to stop everything,” he said. “You can’t let one in because you don’t know if you’re going to get it back.”

Being a successful goalie is not just stopping a high percentage of pucks. They can also be momentum swingers in a game by coming up with a key save or shutting a team down on a power play.

“At the end of the day, it’s a simple job,” he said. “You just have to keep the puck out of the net more than the other guy. But once that game starts you have to have the mentality that it’s you against the world.”

For McKay, having been a finalist for the Richter Award twice with no hardware to show for it, he knows what it’s like to be up against something big. But that’s okay with him. He is focused more on team success anyway.

“The Richter is not something I necessarily strive for, but it does push you. It should push every player. But if I go on the ice worrying about that, I am focused on the wrong thing. I just try to focus on getting better every day.”

By the looks of his success between the pipes, McKay seems to have been laser-focused for three years and running. As he enters his fourth year, there is little doubt he will be another finalist for the Richter Award, and little doubt he will lead his Mavericks to near the top of the heap come playoff time. 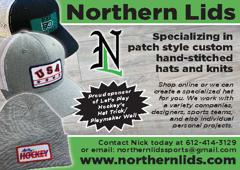 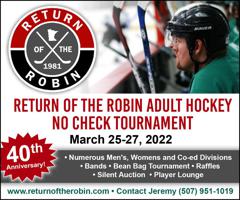 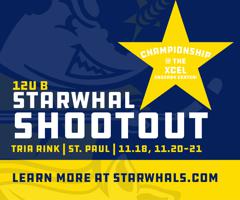