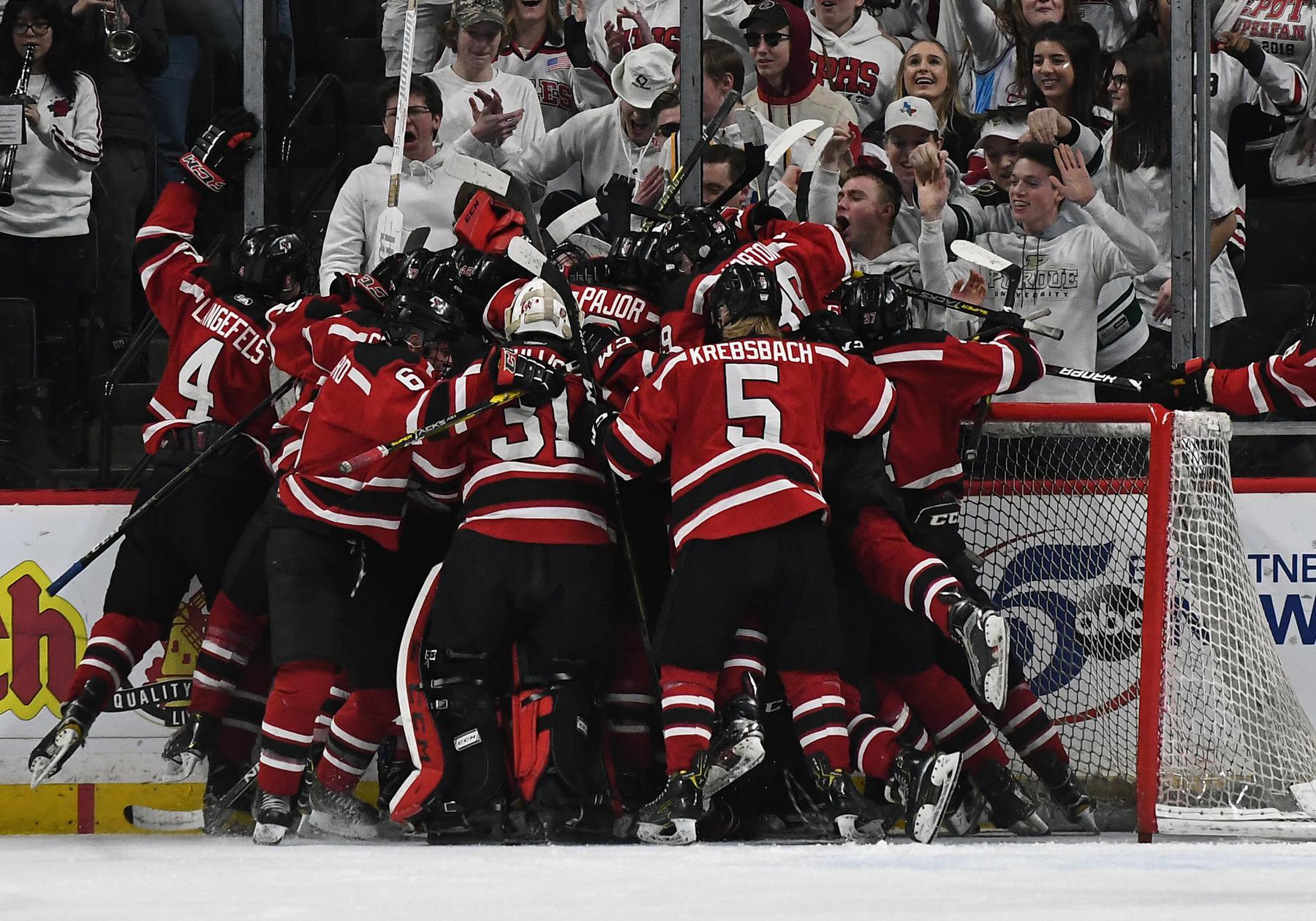 The centrality of hockey to our state can be seen as one flies into Minneapolis in January and sees a landscape littered with ponds, backyard hockey rinks, and local arenas. The media attention, social media posts, and coffee shop gossip over hockey show the special connection Minnesotans have with the game. Hockey is different here. Minnesota’s community model allows players from the same schools, neighborhoods, and cities to play with each other and for their communities. It enables high levels of competition at our youth and high school levels, unlike many other parts of the country where the top players play for corporate logos and programs with no community affiliation. On a yearly basis, many of these players will switch teams based on the best situation available to them.

Hockey in Minnesota is beautiful – the State Tournament, Hockey Day Minnesota, our outdoor rinks, and much more attest to this. Hockey here also works! The foundation of the Minnesota community model is affordability, which allows more and more kids to play the game. This past year, nearly 19,000 8U players registered to play hockey in Minnesota. Massachusetts is second in the country with just over 13,000.

“The best state at producing hockey players is Minnesota,” said Rand Pecknold, Head Coach at Quinnipiac University. “Nothing even comes close to touching the Minnesota youth and high school model.”

Minnesota has 51 current NHL hockey players – the most of any state – and a majority (29) of these players played high school hockey through their senior year. A large majority (71 percent) of Division I Minnesota men’s hockey players in the 2017-18 season played high school hockey their senior year! Consider for a moment that while 1 of every 51 Americans is a Minnesotan, 20 percent of American college hockey players are from the land of 10,000 lakes. The numbers are even more staggering for Division 1 women. There were 158 Minnesotans playing Division I hockey last year. That’s more than double Massachusetts, which came in second with 63.

As Chuck Fletcher, the former general manager of the Wild put it, “It’s tremendous what Minnesotans have. You can get drafted from any high school in Minnesota. There are scouts everywhere. You can get a scholarship and you can still play in front of your family and friends and not have to move. After all, we’re trying to raise our kids, not ship them out someplace at 10th and 11th grade.”

I coached in a program out in Maryland that would rival our biggest associations in numbers, yet not many players (relatively) ended up playing junior hockey or college hockey. Why? There were so few competitive high school programs. The only option at the highest levels was to play “AAA” and spend tens of thousands of dollars, out of reach for most families. That route to college would require 15-year-olds to sacrifice much of their social life in high school for out-of-town travel. Every weekend they would be driving up the East Coast or flying to the Midwest to play in a tournament. Imagine all the training hours wasted at the airport and on the highway! Why would a family even get into hockey if they knew that was the end game?

“Minnesota is the most scouted state by college hockey coaches,” said Rico Blasi, head coach at Miami University. The reason? We have so much competition in such a concentrated geographical area. Scouts can come to the high school Elite League games and watch high level players compete, many of whom will end up with Division I offers before they leave high school. This pales in comparison to other areas in the country where games that scouts would find valuable are fewer and farther apart. They only have so much time and Minnesota offers a very positive return on investment.

Sometimes, perhaps, we lose sight of how special our bond is as we take for granted the unique hockey model that we have. I get it. I never fully appreciated Minnesota community hockey until I saw, firsthand, what it can look like elsewhere. It was then I realized that while it was easy to take issue with an association’s flawed development model or the politics surrounding coaching selections or tryouts, the bedrock of Minnesota’s success is the community model.

It’s not perfect and there are legitimate areas for improvement within our community associations. Yet, with all those flaws considered, it is the best model to work to improve, because it keeps the pool of players bigger for much longer. The high pay-to-play programs that neglect the bottom players are inefficient and result in athletes leaving the game early, before we even know whether they will become elite players or not.

“Checkbook hockey” doesn’t create elite hockey players. A mixture of talent, passion for the game, age-appropriate training and hard work just might. There are three players in the NHL this year from Warroad and Roseau and no city in Minnesota was represented by more than three players. Warroad and Roseau are producing as many or more NHL players than metro area powerhouses. Be wary of the idea that you need to play for the top teams or even the top associations to become elite – it simply isn’t true.

With the Minnesota high school state tournament just completed, it is a good time for all Minnesota hockey fans to take a second to appreciate our game. How many fans at the X would be there if Team [Insert Car Company] and Team [Insert Unhealthy Food Company Name] were playing each other? I think we can all agree it’d mean nothing and no one would care to go besides the immediate family members of the players on the team.