About the Reed Larson Award 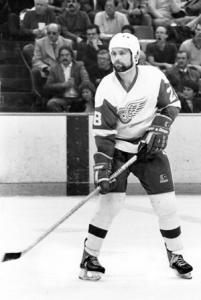 In hockey, forwards and goaltenders tend to get the most attention with their gaudy offensive numbers and highlight-reel saves, respectively. Meanwhile, on the blue line are those who play tough defense, guard the front of the net and start the offensive rush up the ice.

The winner of the Reed Larson Award is based on the following criteria: academics, community/extra-curricular activities, citizenship, coachability and, of course, on-ice performance.

The winner of the Reed Larson Award is presented each March at one of the Boys' Hockey State Tournament Banquets at Roy Wilkins Auditorium.