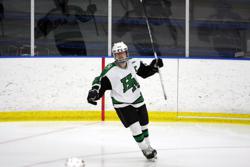 A star in high school, college, the Olympics and now professionally, Hannah Brandt is one of the State of Hockey’s all-time greats. A four-time all-state honoree at Hill-Murray, Brandt posted a 90-point senior season to earn the 2012 Ms. Hockey Award. She went on to star at the University of Minnesota, leading the Gophers to three NCAA championships and earning Patty Kazmaier Memorial Award finalist honors all four years. Internationally, Brandt helped leads Team USA to an Under-18 gold medal in 2011 and made her senior national team debut in 2012. After helping the U.S. to world titles in 2015 and 2017, Brandt earned a spot on the 2018 Olympic team, where she tallied a goal and an assist in five games en route to the dramatic gold-medal game victory over Canada. Today, Brandt is a member of the NWHL’s Minnesota Whitecaps, while also still playing for the U.S. Women’s National Team. 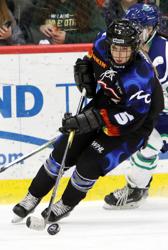 Winny Brodt represents a lot of things for girls’ and women’s hockey in Minnesota. She’s a pioneer, the state’s first Ms. Hockey Award winner, a member of the University of Minnesota’s first national championship team, a beloved hockey instructor and a longtime professional hockey player. Brodt burst onto the scene during the 1995-96 season, leading Roseville to an undefeated season and the state championship while posting 62 goals and 61 assists in 30 games. From there, she headed to the University of New Hampshire for one season, leading the Wildcats to the AWCHA national title. Brodt then joined the Golden Gophers for the 1998-99 season and accumulated 134 points in three seasons to set the career scoring record by a defenseman. During her junior season in 1999-2000, she was named a finalist for the Patty Kazmaier Award while leading the Gophers to the AWCHA title. After graduation, Brodt joined the Minnesota Whitecaps for their inaugural 2004-05 season and has played every season since. In addition to her on-ice success, Brodt owns her own hockey company, OS Hockey, which has trained countless young players in the State of Hockey.

The second Curtin sister to appear in our rankings (Renee was listed at No. 6), Ronda Curtin is another in a long line of Roseville High School products to make a huge mark on the girls’ and women’s hockey scene in Minnesota. During her high school career, she helped the Raiders to state championships in her freshman and senior seasons, a consolation crown in her sophomore year and a third-place title in her junior season, earning all-tournament team honors each year. During her senior season in 1998-99, Curtin was named Ms. Hockey. From there, she headed to the University of Minnesota, first helping the Gophers to the 2000 AWCHA national championship as a freshman. Curtin went on to earn back-to-back WCHA Defensive Player of the Year accolades in 2002 and 2003, and WCHA Player of the Year and Patty Kazmaier Award top-three finalist honors in 2002. She later entered the coaching ranks, first serving as an assistant coach for the St. Thomas women’s hockey team before leading the Breck varsity team for five seasons. Today, Curtin is the co-head coach of the Minnesota Whitecaps, a team with which she was an original member. 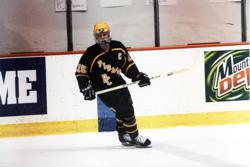 Considered one of the all-time great women’s hockey players, Krissy Wendell’s name is synonymous with girls’ and women’s hockey in Minnesota. During her three-year high school career at Park Center – one of which was on the boys’ team – Wendell totaled an astonishing 335 points in 62 games. She led her team to a pair of state tournaments, taking the consolation title in 1999 and the state championship in 2000. In six career state tourney games, Wendell scored 21 goals, a record that still stands. After her senior season, she was named the fifth recipient of the Ms. Hockey Award. At the University of Minnesota, Wendell led the Gophers to back-to-back NCAA titles in 2004 and 2005, was a three-time All-American and the recipient of the 2005 Patty Kazmaier Memorial Award. Despite playing only three seasons, Wendell still ranks fourth on Minnesota’s career scoring list with 237 points. With Team USA, Wendell was a star as well, representing the U.S. at two Olympic Games and six World Championships. She won eight international medals – one gold, six silver and one bronze. At the 2005 World Championship, Wendell was named MVP, and led all players in scoring with nine points, as the U.S. won its first gold medal at the women’s world championships. 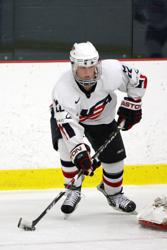 One of the most decorated women’s hockey players of all time, Natalie Darwitz is the standard bearer for elite hockey talent in the State of Hockey. She first burst into the public eye as a seventh grader skating for Eagan High School. The Wildcats advanced to the state championship game that year and picked up a pair of consolation titles in her eighth-grade and sophomore seasons. By the time she was done with her prep career, she had amassed a remarkable 487 points in 102 career games. She was a three-time All-American at the University of Minnesota where she was a part of two national title teams. She is the school’s all-time leader in points per game (2.48), ranks second in assists (144) and third in points (246). She also has had considerable success on the world stage, representing the United States in three Olympic Games and eight World Championships. She has been a captain of several of those teams and a member of five gold-medal winning teams. Last year, she became only the fifth individual woman to be named to the U.S. Hockey Hall of Fame. Since her playing career ended in 2010, Darwitz has gone on to coach high school and college hockey. She is currently the head coach of the Hamline University women’s hockey team.