There’s only one criteria for an intentional offside call: intent. 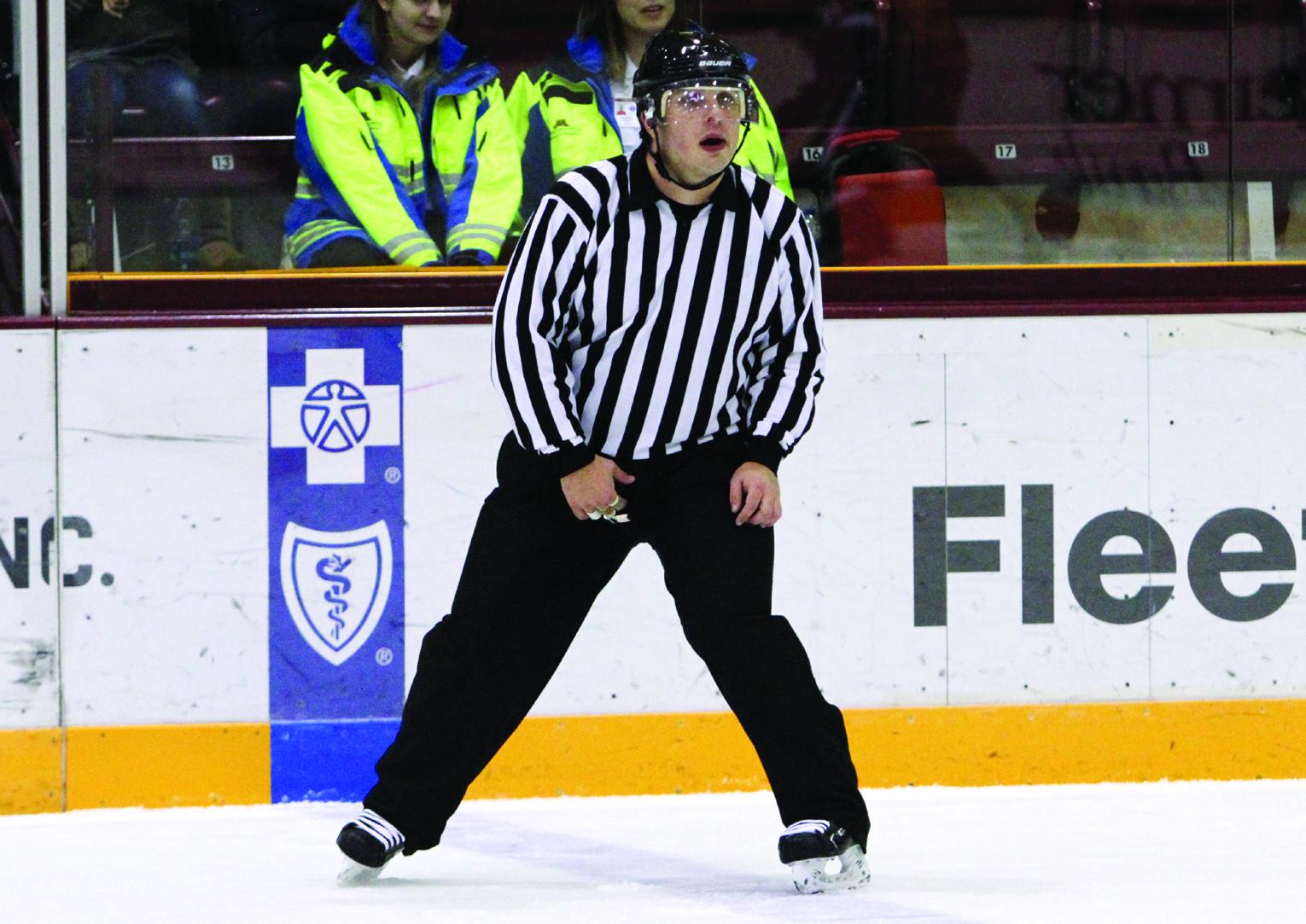 Three separate MLK tournaments just cleared out of town and if you ask OS, it’s the parents that demand their kids’ respective organizations fly thousands of miles to the Entertainment Capital of World, just for a four-game guarantee hockey series, when the suburb next door is probably offering its own local classic minus the travel headaches.

Whatever. For OS, it was actually nice to see some teams from the Chicago area compete, and overall, the hockey was good, there were absolutely no Rule 601 issues and as a result, there’s almost nothing to write about. And unlike the NFL, the worst officiating error made over the course of four days was that of an AA coach who questioned my intentional offside no-call of a shot directly on goal.

No one questions OS.

Pay attention to this. There’s only one criteria for an intentional offside call: INTENT.

Already knew that? Great. Now before you decide to sign up for the spring LSAT, let’s review the USA Hockey Casebook’s definition of intentional offside. Please turn to Situation 32 on page 303.

USA Hockey Casebook, Situation 32: Judge the intent of the attacking team. The onus is on the team to create a legal play at the blue line. If it appears that the team has knowingly gone offside, an intentional offside is warranted. Otherwise, a regular offside is the proper call.

OK, over the past 30 years I’ve poured through federal statutes, state legislative histories, administrative regulations, and worst of all, the USA Hockey rulebook. But for purposes of the intentional offside rule, I will honestly state that the rulebook’s definitions and scenarios are remarkably well-written.

Let’s get this clear: A shot on goal is not an automatic intentional offside unless the criteria for intentional offside applies to the particular play. Truth is, I’ve seen REFEREES call this intentional offside, even when the player in the attacking zone is just two inches away from making skate contact with the line. It’s like the zebra is oblivious to the fact that the players were attempting to make a clean play at the blue line. All that matters to this official is that the shot was on goal. And though any shot on net in an offside scenario must be whistled dead as soon as it’s obvious the shot is on goal, there is no justification for automatically labeling this as an intentional offside.

Think I’m insane? I’m prepared with sources. Remember that, all you juniors and seniors preparing for ACTs and college. Ensure you have sources when proffering an argument in your essays.

USA Hockey Casebook, Situation 40. Page 307. The puck is shot directly on goal by an attacking player in the neutral zone with a teammate in the attacking zone (NON-INTENTIONAL SITUATION). Should the linesman allow play to continue under the delayed offside rule?

Don’t worry about the answer. It’s not relevant. The real issue is that even USA Hockey agrees that a delayed offside shot on goal is not an automatic intentional offside. Rather, the linesman makes a judgment based upon the aforementioned Situation 32 analysis concerning the intent of the attacking team. Case closed.

So there you go. Leave it to OS to provide the hockey community with concise definitions and crystal-clear examples of intentional offside.

Sources, students. That’s the key to college success. Structured advocacy and masterful conclusions. For most of you, this is why your parents make you read this column.

And it works for officiating, too.