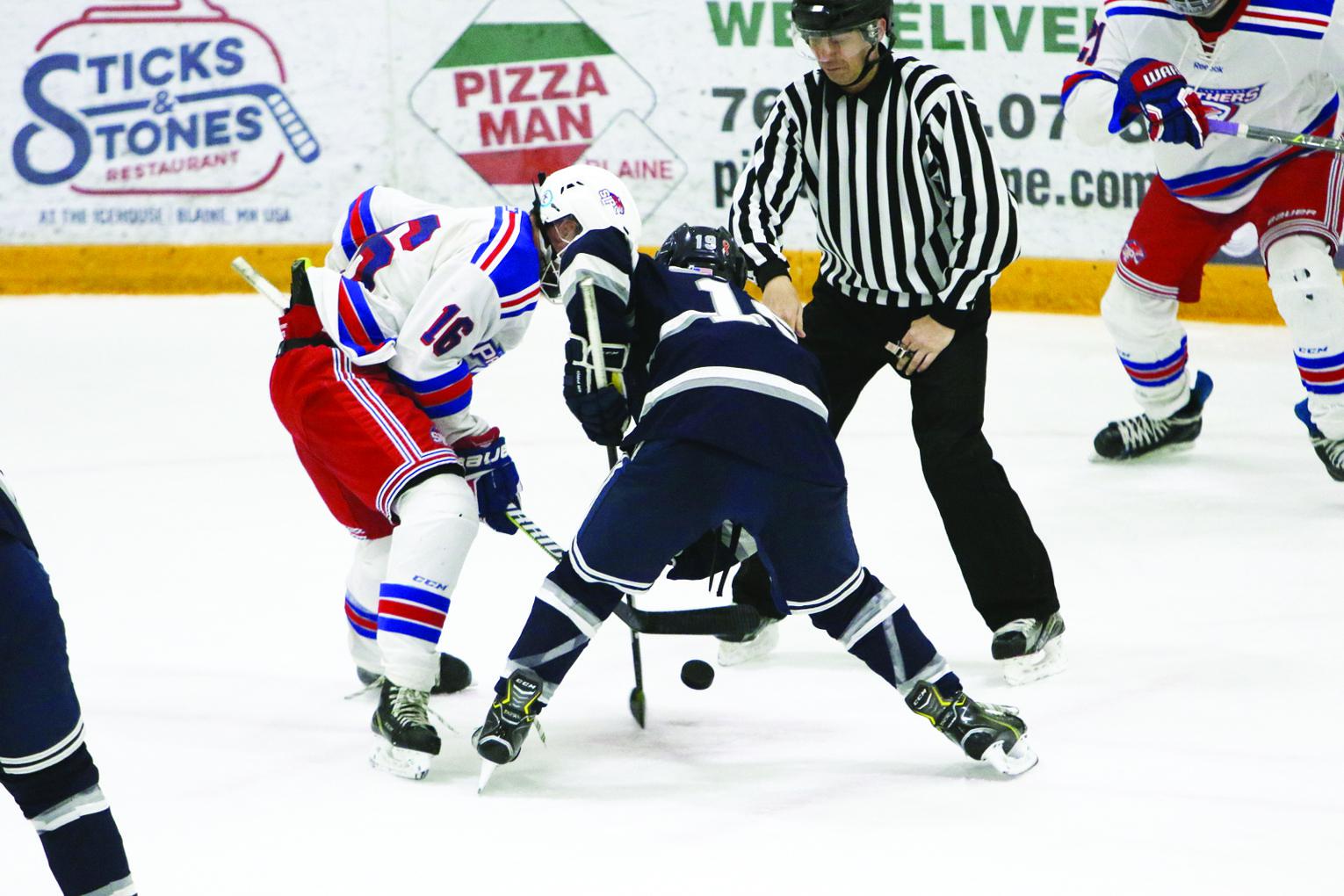 I haven’t dealt with this subject in my column for over 20 years. I have a bit of a different view of faceoffs, even though I was a defenseman all of my career. When I played (50 years ago), defensemen faced off in their own end. And in my case, I was very good at it, so I also often faced off at the off-side dots, too. I remember well facing off against Doug Woog when Wisconsin played Minnesota.

Winning or losing the battle of faceoffs can mean winning or losing games in which two teams are evenly matched. Of course, success at the end faceoff circles is more critical because they can result in scoring chances. But neutral zone faceoffs also determine which end the puck ends up in right afterwards and so these also influence goal scoring on a broader basis.

There are four basic potential faceoff strategies:
1. Trying to win the draw by drawing the puck back to a teammate.

2. Trying to neutralize the other center with stick and/or body, so that a teammate can come in and pick up the puck – and doing it without getting a penalty.

3. Trying to push the puck ahead to a teammate or self, breaking quickly at the drop of the puck.

4. Allowing the other center to draw the puck back, in effect, taking a passive role.

There are some other options that can be employed at special times in a game, such as trying to get a shot off directly on the drop of the puck with only a few seconds left (in the offensive zone) when behind by a goal. However, the four basic strategies are used 99 percent of the time.

There are times when each of these strategies is appropriate, as well as when they are not. Of course, the most important aspect of each is that all teammates – including the goaltender in the defensive zone – know what the attempt is going to be and what their jobs are. First, let’s take a look at appropriate and inappropriate times for each and then move on to the jobs of the other teammates.

1. Win the draw
It is not often a good strategy to win a clean draw in the offensive zone. This strategy is often a win-or-lose situation in that if the draw is not won, the other team gets the puck and probably a clean shot at the net. On the other hand, it would be a reasonable strategy in the offensive zone to try to get a clean shot and is most likely to be the strategy at the offside dots and center ice – unless the opposition center is clearly superior at faceoffs. It does not make much sense to continue the same strategy if the odds are high of losing.

2. Neutralize, and then win
This strategy is most likely what will be employed in the defensive zone so a teammate can help. It can also be very effective in the offensive zone with the side wing coming across to pick up the puck. It is harder to employ at the offside faceoff dots and center ice because the forwards are lined up across from each other and most times will neutralize each other until it is determined which center will draw or get the puck back to their defensemen. It could also be used anywhere on the ice when facing a center that is hard to beat on a straight draw.

3. Pushing ahead
This strategy can be employed at any faceoff except in the defensive zone. It is most often used as a surprise move to keep the opposing centers off-balance. It can be very effective when used in the offensive zone, especially if the opposition does not do a good job of covering the area between the faceoff dot and the net.

4. Letting the opposing center win
This strategy would not be used in the defensive zone, but it has its place. Most often, it would be used when a team is ahead late in the game and the faceoff is in the neutral zone. This moves the puck “in the right direction” for a team that is concentrating on getting and keeping the puck out of its own zone and as far up the ice as possible.

I like to spend time, especially in the defensive and offensive zones, having mock faceoffs. This means everybody lining up in faceoff positions, checking with them occasionally to see if they know their primary jobs as part of the strategy, then throwing the puck (standing where the ref would be) to see how the players react for about 3-5 seconds. These are great teaching situations and can be done at both ends at the same time. Early in the year, this drill may be needed for 10 minutes every three or four practices for the first month and a half. It is critical for young teams and is still important for older teams as well.

It is most important that players know their roles in the defensive zone because breakdowns there can result in easy goals. The wing that must get through to cover the shooter might be the most critical. Then, of course, on the other side of the coin, the offensive player who has to block the winger that is going after the shooter is pretty important, too.

Sometimes, these things can seem pretty complicated to a young player, but the mock faceoff drill can allow players to understand, especially if the coach walks through and explains it the first time. Even high school coaches need to take time to explain roles early in the season. There can be no assumption about players knowing and understanding. I found a surprising lack of understanding at the high school level, even as to what happens in the neutral zone. Weak coverage of the opposing wings is pretty common and will result in some easy opposition goals until the message gets across.

Faceoffs are a key teaching area for all coaches and can have a great bearing on success. Centers need to have specific times set aside to practice the stickwork part of faceoffs – to gain the skills to be able to accomplish the strategies by initially getting the puck where it is supposed to go. This can also be done off-ice.