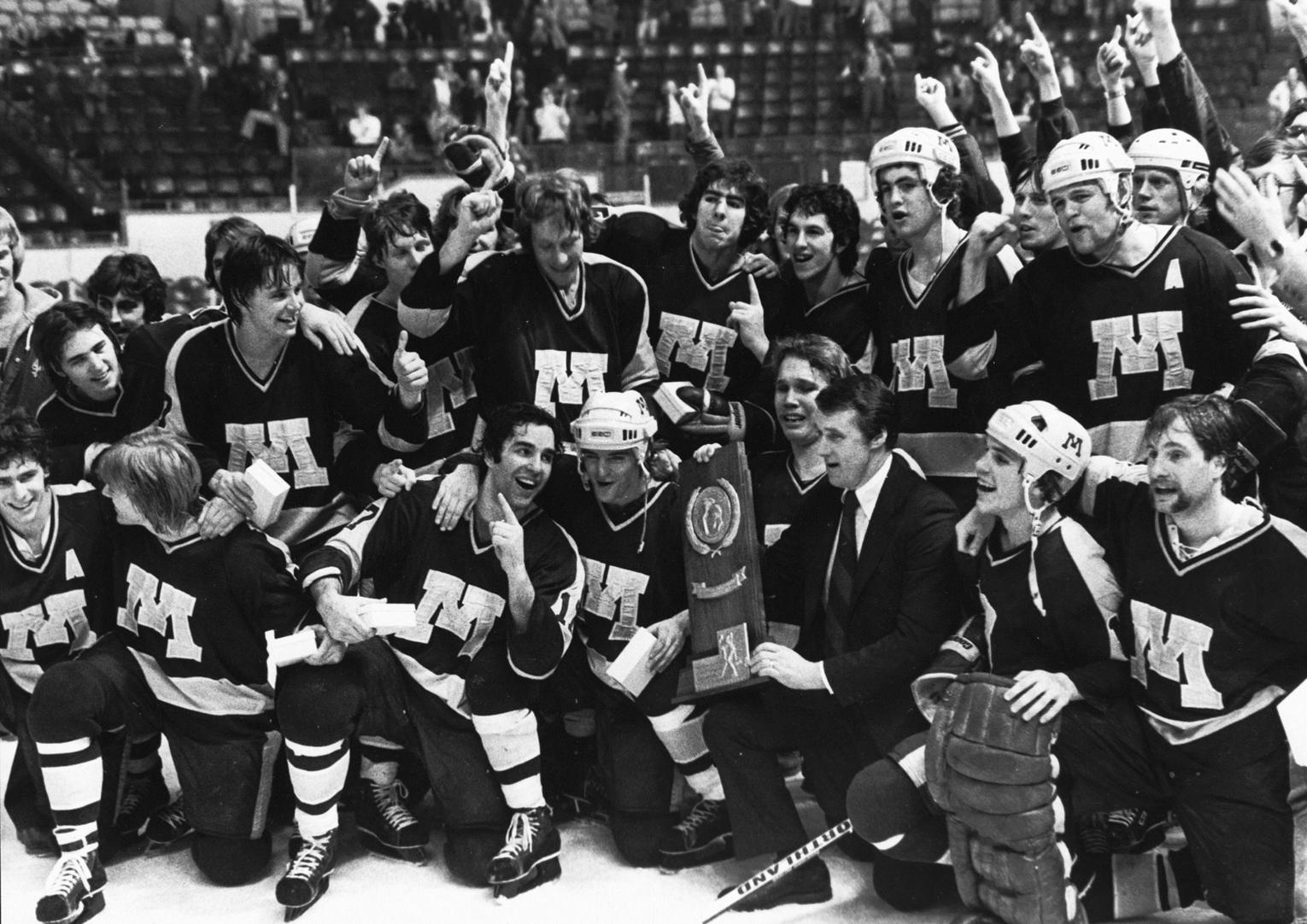 On Saturday Jan. 26, there is a 40-year reunion of the 1979 Gopher NCAA Championship team at Mariucci Arena. I am excited to be part of this celebration.

I had a unique view of this team from my seat on the bench. I was a freshman and played in a lot of games, and with great linemates – Rob McClanahan at center and Phil Verchota at left wing. Both would be part of the 1980 Olympic Miracle On Ice team the following year. For my part, my linemates alternated between first and second power play units and also were first in line to kill penalties. In an era that seemed to see many penalties per period, I was resigned to a shift or two a period most nights. So mostly, I sat, I watched and I cheered. I understood my role and sported a good attitude. That is about the extent of my freshman contributions to this very good team.

I am proud of the fellas that made up this team, eight of whom would win gold at the following year’s Olympic Games. This team was made up of an unusually humble and great group of people.

We were led by head coach Herb Brooks. While Herbie was famous for being “hard,” I always saw a man who cared about his team. I recall the day he told us that he graduated a psychology major. Right at that moment, as a young lad who already had aspirations of becoming a coach, I made the decision to also become a psychology major. Leaders inspire.

I remember Herbie lamenting in a team meeting that we were such a collective group of good kids that he was sure he didn’t have to make any curfews calls. He didn’t mean it as a compliment. He was telling us we were too nice, no killer instinct. He wanted more from us.

Our leaders, who I love to this day, were Bill Baker (Grand Rapids) and Phil Verchota (Duluth). These two were, and are today, the definition of class. Humble, hardworking and great teammates. Bill has gone on to be an oral surgeon and Phil has spent his professional career in banking. These two were our glue.

Phil, in particular, could face the wrath of coach Brooks. Not because Phil did anything wrong per se, but Herbie knew we all loved Phil, and if he called out Phil for reasons real or imagined in front of the team, especially if unjustly so, the team would rally around him. Nowadays, folks might complain about it being unfair to Phil. Back then, it was just what it was, and we rallied, and Phil took it for the team. But I am not sure it was always fun being Phil.

Our leading scorer, who I still look at as “underrated,” was Steve Christoff (Richfield native and also a 1980 Olympian). Steve barely said a word. Another humble person. Steve just went out and played the game with a passion, and always, it seemed, with a smile. Everything about him seemed simple, uncomplicated and with no pretentiousness. But he could play the game. He loved team success. When you have leaders like this, you have a chance to do great things.

Most successful teams have a young player or players that emerge to provide a boost maybe not counted on before the season began. We got a great boost from fellow freshman Neal Broten. Like our upperclassmen leaders, we couldn’t have been blessed with a humbler freshman “superstar.” Neal was happiest and most at home when he was on the ice. Neal was a relatively quiet guy also. His play did his talking.

We had another freshman that made a great impact. That was Mike Ramsey, who also would make the 1980 Olympic team and like Neal, go on to a long and distinguished career in the NHL. And like most everyone else, you will never find a nicer, more humble human being.

This was truly an amazing group of really nice young men. As I look back at the iconic on-ice team picture after the game, there is a big group of smiles surrounding that national championship trophy – except for one teammate who is crying. That teammate was the one guy who wasn’t always so nice on the ice, Mike Greeder. Mike is the only team member that is no longer with us. He passed from this world some time ago. Mike was from Mahtomedi. He had paid his dues in junior hockey with the St. Paul Vulcans. Greed was far from the “purely gifted” player. He was the physically-imposing defenseman from the school of hard knocks, and he was also the “hard” voice in the locker room. If we needed anything, we needed maybe one or two more teammates that were more like Mike. But Mike is what we had (along with Don Micheletti who was a tough fella too, but this year was also busy scoring a bunch of goals … 36).

Eight of these lads would move on to win gold in the famous Miracle on Ice. And me, I am happy for each person’s success. What a great group of people. I am proud of this group and excited to see all – with the exception of our fallen teammate Mike Greeder –  gathered together again on the 26th.