Not the WCHA you remember 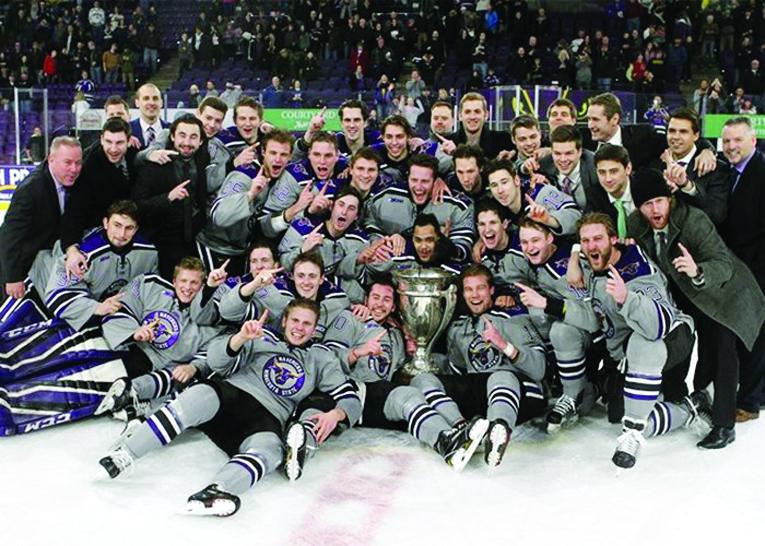 If you think you’re the only one who misses the Minnesota vs. North Dakota rivalry or the Minnesota State vs. Minnesota Duluth battles, you’re not alone. On any given day, WCHA commissioner Billy Robertson is asked about the “good old days” of the WCHA.

“It still happens frequently,” Robertson said. “In particular in the Twin Cities area because I think there is still a passion for the Gophers and the WCHA, but that happened six years ago, so we’ve moved forward. What we believe is that we’ve created a conference that has some great rivalries that will continue to get stronger as this league continues to grow and develop.”

But just because they’ve moved forward doesn’t mean that they have abandoned the past. The league encourages schools to schedule non-conference games with schools that they have a longstanding rivalry with.

“I think that is so important for the future of our sport,” Robertson said. “To continue to create those regional rivalries and give the fans a chance to see some teams that they may not see on a regular basis but be able to see once a year or once every other year that are in their state or close by.”

That might seem a little counterintuitive, but it’s all part of a greater scheme that Robertson helped implement when he was hired in 2014 to lead the WCHA into this new realignment in college hockey. Full disclosure: I have known Bill Robertson for many years, from his days working with the Minnesota Wild. I have known and seen his PR mind in many brilliant ways. But to be honest, what he’s helped start with the new WCHA might take the cake. When you are tasked with changing something that is so ingrained in a culture, like the old WCHA rivalries were in college hockey, there are really only two choices: Try desperately to hang on to those, or go in a totally different direction. Robertson and the WCHA have chosen the latter.

To that end, the league has done things to create a new legacy – like shore up streaming rights for games, redesign their websites, increase their social media presence, adopt an on-campus playoff site model and even change the name of their championship trophy. It is all in an effort to convince what has become a crowded marketplace of college hockey fans that, while this may not be the WCHA your grandfather knew, it’s one that he would definitely appreciate.

“We made the conscious effort that we wanted to move forward with the 10 teams that are in our conference,” Robertson said. “While we know we’ve had a great history and rich tradition in the past, we’re trying to create an even bigger rich history and tradition with the WCHA, and I am proud of the 10 schools that we have.”

The 10 member schools of the WCHA have already helped to even the playing field of college hockey. Last year they finished with three schools inside the top 20 of the final Pairwise ranking, and 12 of the current schools’ alumni were on NHL opening night rosters. And while a current-era WCHA school has not won an NCAA title, there are signs that Robertson points to that make him believe it could happen sooner rather than later.

“We talk about it all the time,” Robertson said. “In the past five years since I have been in college hockey, Providence has won the championship as well as Union, and those are smaller institutions out east that have won the national championship. I look at this past year. Two WCHA schools that made the NCAA tournament – Michigan Tech got beat in overtime in their first-round game and Minnesota State got beat by eventual national champion UMD in overtime. So our teams can play with anybody in the country.”

Robertson believes the future of the league is bright. And as more teams from the WCHA continue to make the postseason, it will strengthen the rivalries – because nothing gets a fan base more fired up than losing to a school that’s in state. The way the league is set up geographically, with two teams in both Minnesota and Alaska, and three teams in Michigan, that will happen as the league gets stronger. Still, there are outlier schools like Bowling Green and Alabama-Huntsville, but those schools already have some built in rivalries, like Bemidji State and Alabama-Huntsville from the teams’ days in the CHA.

“When teams play each other in a playoff scenario it carries over for the future,” Robertson said. “A lot of times rivalries come of that. We’re hoping a lot of these things continue to happen for our league.”

Robertson is committed to take the WCHA to new heights, while never forgetting where the league came from.