The path to college hockey

Over 1,000 Minnesota natives have played NCAA Division I hockey the last eight seasons 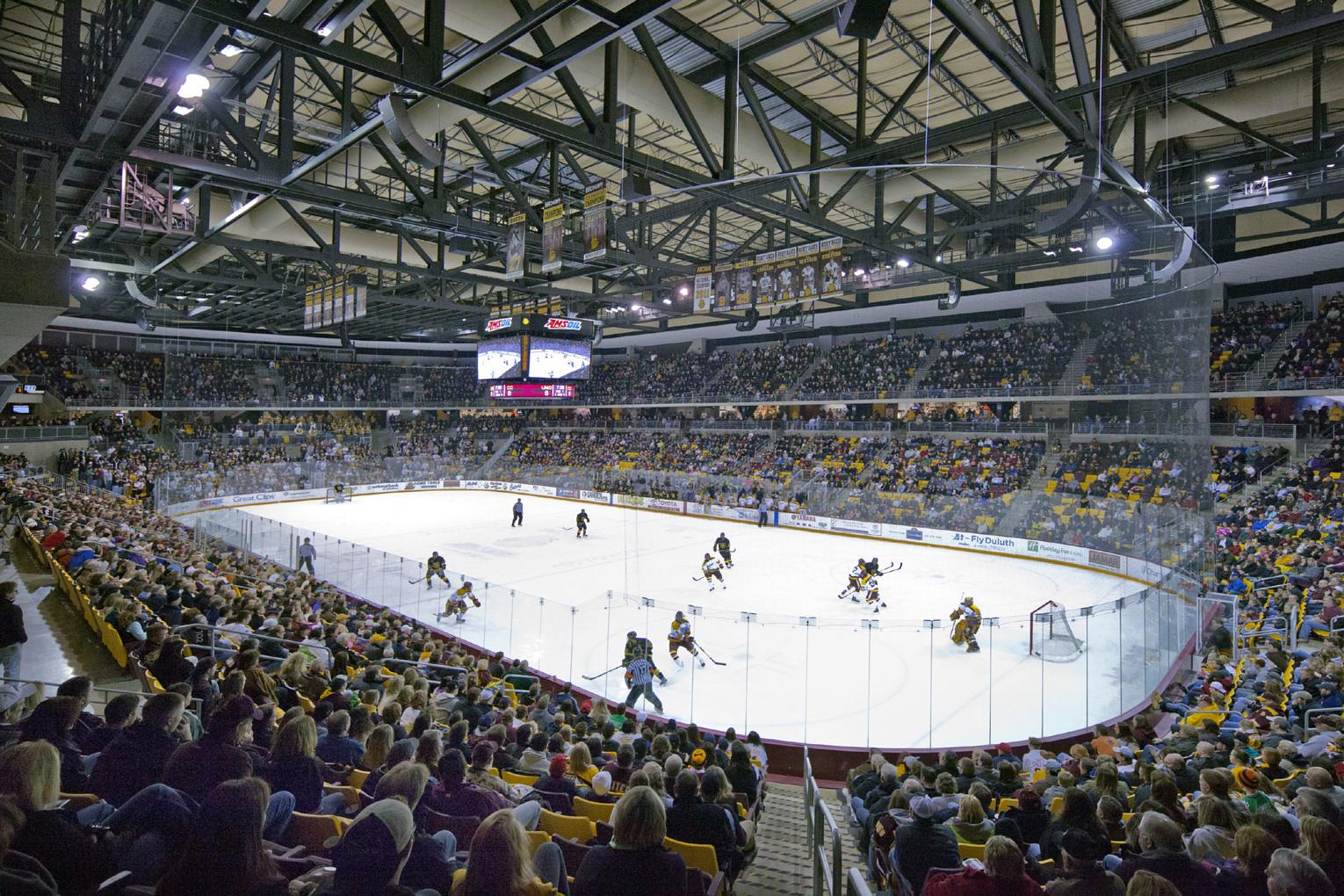 As of April 26, 260 Minnesota natives have committed to an NCAA Division I men’s or women’s hockey program. Photo: Bob Perzel

Every year, thousands of athletes in numerous sports sign their name to a National Letter of Intent (NLI), fulfilling a dream of earning a scholarship to play Division I or II college athletics. That dream has become a reality for countless hockey players over the years in Minnesota, and this season is no different.

As of April 26, 260 Minnesotans (158 boys, 102 girls) have capped their recruiting process and have verbally or officially become scholarship college student-athletes. Among those 260 are 154 players (59 boys, 95 girls) who played in Minnesota high school hockey this past season. Hundreds more will play college hockey at one of the nation’s many Division III institutions. The numbers will only grow as more commitments surely will come in the spring and summer.

In addition to the 59 high school boys’ hockey players who will play college hockey, 92 other Minnesotans bound for college are currently playing their hockey on one of the many junior teams across North America. The United States Hockey League (USHL) and North American Hockey League (NAHL) are home to 58 and 20 future college hockey players from Minnesota, respectively. Four Minnesota natives with Division I college commitments are currently playing for the U.S. National Team Development Program in Michigan.

On the girls’ side, 95 of the 102 Minnesota-based players set for college played high school hockey this past season. Of the remaining six players, five played at Shattuck-St. Mary’s (Faribault, Minn.), one player attended Gentry Academy (St. Paul, Minn.) and one played at the Hockey Training Institute (Mulmur, Ont.).

When looking at the current list of Minnesota natives who have committed to a Division I men’s or women’s hockey program, a profile of a “typical” player emerges. For boys, about 70 percent of players with a college commitment come from a Class AA public school in the Twin Cities metro area.

The numbers are similar for girls with the majority also coming from a Class AA public school in the Twin Cities metro area. However, the data differs in regards to when players make their college commitments. For girls, the majority (71 percent) of commitments took place before a player’s junior year in high school.

But what Minnesota high schools are producing the most Division I hockey players? Perhaps not surprisingly, it’s Edina that has advanced the most players to college hockey’s top level. Between 2010 and today, the Hornets boast 56 Division I players – 33 men and 23 women.

It should come as no surprise that Minnesota’s hockey players are getting noticed by college scouts with the multitude of exposure opportunities available.

Prior to the high school season, the Upper Midwest High School Elite League  has been an invaluable resource for both players and scouts alike. The Elite League provided exposure to nearly all of the 110 Minnesota natives who have committed to a Division I institution.

Once the Minnesota high school season rolls around, the exposure continues as numerous regular season games are broadcast both on TV and the Internet. And, of course, come February and March, the Minnesota State High School Hockey Tournaments provide yet another chance for players to be seen, both live at the Xcel Energy Center and across the state via TV.

After the high school season, the Ted Brill Great 8 All-Star Hockey Festival gives Minnesota’s top graduating seniors another chance to impress the scouts. For over 30 years, the Great 8 has grown and expanded over the years to include eight teams and 80 players today. Following the Great 8, 40 players are invited to represent Minnesota at the eight-team CCM Minnesota High School Hockey National Invitational Tournament.

Yet another exposure opportunity exists with the CCM Minnesota Hockey High Performance Programs that are designed to identify and develop the top 14-, 15-, 16-, 17- and 18-year-old hockey players in Minnesota. The top players at each level are then provided national exposure at the USA Hockey National Festival Camps.

Playing college hockey is a dream of countless players in the State of Hockey. That dream became reality for the 257 Minnesota natives who have committed to a men’s or women’s NCAA Division I hockey program.