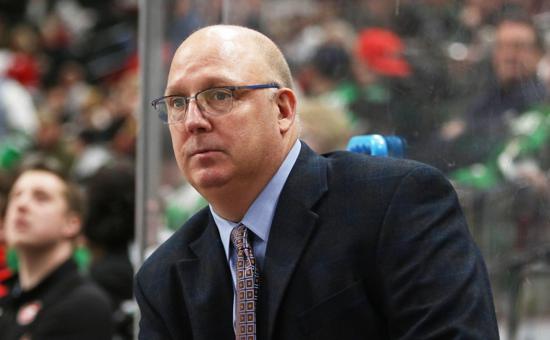 As most readers likely know, way back in a day, I was a Gopher hockey captain. I am proud of that. I love many of my alumni brothers. For the program, I share the following thoughts today.

I have most often seen myself as a leader. If I didn’t, I wouldn’t have written for Let’s Play Hockey all these years. I must, however, be transparent here. I lost interest in Gopher hockey some time ago. The program veered on to a course that simply interests me less. For lots of reasons, I felt and still feel as if I have little in common with the program (other than my alumni brothers). So mostly I am not sure I am entitled to an opinion. That said, I have one and in the interest of being helpful, here goes.

Bob, you are a good coach and a good guy. You have proven this over time. But as you know, there are lots of good coaches out there. Just the Division I schools within our state are populated with good coaches. The Big Ten has some good coaches, as do the other conferences. To me, coaching the way you coach will be a good thing, but not enough to turn this program back into something that folks like me will want to support. More is needed. Leadership on a larger scale is needed.

As much as anything, it is my opinion that you must take the lead in changing the recruiting formula. For me, it is all about the young people who populate the team. If the program is about elitist kids, just making a stop on their way to bigger and more lucrative pastures, then the program will remain unattractive to many. You can’t do anything about the unattractiveness of joining the Big Ten, but I suspect, you will at times, need to “fight city hall.” For sure, you will have to fight the current status quo, which is always more difficult than it appears.

Today’s recruiting formula, of committing to very young “stars,” is not good for college hockey. It is not good for Gopher hockey. Most importantly, it is not good for many of the young people college athletics is trying to serve. Such recognition so early in their development as people can and does have adverse effects.

I often relay a story given to a college team by Justin Walker, a former Navy SEAL. We were conducting a leadership seminar and team-building event. He told a wonderful story about one of the goals as a human being in any profession is to find the fine line of confidence and humility. It’s a great story for another time. The moral of the story is simple: Developing elite skills leads to confidence, which of course, is good. But confidence without humility can and does lead to undesirable outcomes. I think I see some of these undesirable outcomes manifested in Gopher hockey and the way the players play the game. In the end, I think others have seen this very thing as well in what I can only describe as “elitism.”

No one blames the kids or their families. I can’t imagine how I would have developed (or not developed) had Gopher hockey burst into my life when I was just a 14-year-old kid. Make no mistake, it’s a burst. It is recognition that will be seen by everyone in the young person’s life. I have little doubt that my whole life perspective would have changed right there and then. And likely, not for the better.

In my opinion, there is no better entity to lead than the University of Minnesota. Here is an idea to build upon. First, announce at the annual coaches meetings this month in Florida that the University of Minnesota will no longer ask for or honor verbal commitments made to other institutions from players under the age of 17.  Gopher hockey will advise all players, and specifically those who appear on their recruiting “short list,” to advise other institutions that if they are fishing for a verbal commitment, they retain the right to commit to the University of Minnesota at the time of their 17th birthday. These young players have nothing to lose. To be on the Gopher “short list” almost by definition means they are quite talented and will have many schools with strong interest. And Bob, work with these other schools. If you don’t have room for a player, help them with other schools. Herb Brooks often did this.

There are lots of details to work out with this basic idea, but the idea is to allow young people a chance to grow at least some through their adolescent years. Allow them time to evolve in their life perspectives. Allow their hockey skills to further evolve and be evaluated. Most importantly, allow them the opportunity to continue to work through these years to work towards the goal of a commitment to the University of Minnesota. They will become better “people” for the experience, and hopefully, more humble along the way. Will you lose a player here and there? Probably. But it will all be worth it in the long run.

I personally believe that all these recruits should be strongly encouraged, if not required, to play a year of junior hockey before beginning their time at the University of Minnesota. Then, open and honest communication should be had with player agents and the NHL teams that have drafted each player. If a player is not living up to the standards of the program, either off the ice or on, don’t be afraid to be strong with your actions. NHL teams want their future players to develop while they are in your care. Most importantly, most NHL teams know there is no shortcut to the development process. Being strong with your student-athletes to humble them and to develop them will be an attractive feature of the program. In the end, it might just encourage these NHL teams to leave a player, now and then, for an additional year. But these NHL teams, must believe strongly in the program.

Bob, I wish you the best.

Note: Kevin Hartzell’s May camp for high school and beyond still has openings. The camp will be featuring such concepts as confidence/humility and how all this works to make better teammates and leaders. Contact Kevin at hartzellhockey@msn.com.