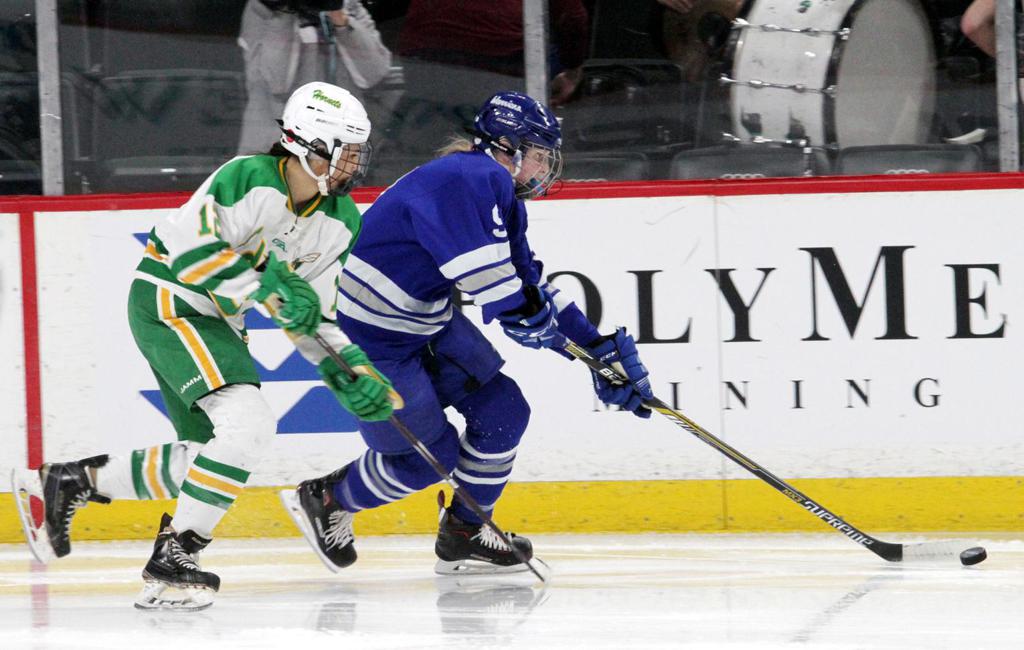 Delivering a consistent effort is critical if you want to get to the next level. Photo: Christine Wisch

After spending the past 10 years coaching players who aspire to play hockey at the college hockey level and speaking with the scouts who are constantly narrowing down their shortlists of players who they are interested in, I know exactly how much the little details of the game make a big difference. If you want to play at the next level, you have to pay attention to the little details and avoid these five dealbreakers for college coaches:

1. Doesn’t stop on pucks
Every player has heard their coach tell them to stop and start. There is nothing worse than watching a player do a “fly-by” on their check and do a big circle to recover back instead of stopping and starting. Whether it is after a turnover or while trying to angle your opponent, if you miss the puck or make a mistake, you have to stop and start instead of doing the big circle. It is so noticeable when players do it – I heard so many coaches and scouts expressing their  frustration at “fly-bys” in every rink.

2. Disappears as game/tournament goes on
Everyone is excited and energized for the first shift of the game and the first game of the tournament. But can you sustain it? It is great to be a rock star at the start of the game and tournament, but if you are invisible in the third period or in the third game of the tournament, scouts will notice. You have to be consistent. It’s one of the hardest things for young players to learn, but it is absolutely critical if you want to get to the next level. Coaches want to know that you can deliver a consistent effort from shift-to-shift and game-to-game if they are going to even consider bringing you into their college program some day.

3. No second effort
This one is just painful to watch. We all make mistakes on the ice. We miss the puck, miss our check, miss the net and mishandle the puck. How do you react when you make that mistake? Some players give up when they mess up, and that’s a serious red flag for every coach. It’s inevitable that you are going to make mistakes on the ice, but how will you recover from that mistake? A player who is unwilling to make the second effort will not see the ice at the college level – if they even make it there at all.

4. Lazy changes
This one is easy. You need to skate hard to the bench at the end of your shift and come off the bench like you’ve been shot out of a rocket to start your next shift. Lazy changes stick out like a sore thumb. Come out flying at the start of your shift and then work as hard as you can to change quickly so that your teammate can go out and get their job done.

These five dealbreakers have NOTHING to do with elite level skill. These are all CHOICES. You simply DECIDE that you are going to pay attention to these details. Differentiate yourself from the crowd by deciding to always be the hardest working player on the ice. Period. Don’t give a scout a reason to cross your name off the list. If you are playing spring or summer hockey in the offseason, remember that there is always someone watching and you never get the second chance to make a first impression.

For a step-by-step guide to the whole scholarship process, visit http://totalfemalehockey.com/scholarship-project. Coach Kim McCullough, MSc, YCS, is an expert in the development of aspiring female hockey players on and off the ice. She is a former NCAA Division I captain at Dartmouth and played in the National Women’s Hockey League for six years. She is the Director and Founder of Total Female Hockey and the head coach of the Toronto-Leaside Jr Wildcats in the Provincial Women’s Hockey League (PWHL).