The problem at the U is ticket prices, not coaches 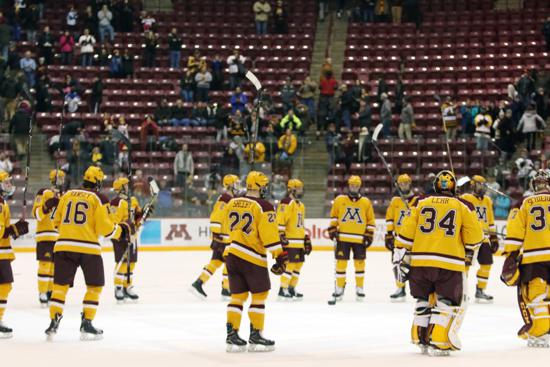 To the University of Minnesota President and Athletic Director: What do you do when administrators before you spent too much money building elaborate stadiums and arenas, then left town and stuck you with the debt?

How would I know? I can’t balance a bank account whose biggest entry is a Social Security check. But I have a strong hunch about this: The answer isn’t about hiring and firing coaches. Gopher hockey lacks energy in the arena, the basketball program needs a “Get Out of Jail” card and football can’t compete with Alabama and Ohio State.

So what do you do to rebuild Gopher enthusiasm to that of the good ol’ days? I’ll offer only the obvious suggestions: Stop spending. Get out there and raise money to pay down the debt. And lower the damn ticket prices. How? That’s where you wouldn’t want my unsolicited advice. I don’t know the first thing about raising money.

I do know this, however: When you start with a sky-high face value for tickets and add the mandatory Golden Gopher Fund donation, the exorbitant price eliminates your hockey fan base. It means the corporate buyers – when they show up – will add as much energy to the arena as they do in church.

I suggest you take your search committee to a hockey game at the University of Nebraska Omaha where you’ll see enthusiasm like that in the old barn (Williams Arena, then Mariucci) across the street from our present morgue. That’s what rabid fan support looks like, and it’s in the middle of corn country where most people never saw a hockey rink.

Students get in free, and ordinary Joes like me pay $10-15 bucks. Check out St. Cloud and Mankato on your trip, but be prepared for noise you haven’t heard at Gopher games. Why do those teams beat the Twin Cities pucksters? Energy in their arenas. When recruits visit, it looks like fun.

Some irresponsible decisions were made, and the Minnesota athletic department built up an unmanageable debt. Then, because Gopher hockey fans were the most loyal in the country, administrators thought they could charge anything and folks would continue to support. The sky’s the limit. But you first lost the blue-collar fans who brought their entire team of PeeWees along with them. Then the fan base diminished further as the cost of tickets, parking and popcorn soared to the ridiculous. The greatest tradition in the country was lost in just a few years.

My last suggestion: Get your administrative act together and stop blaming coaches.