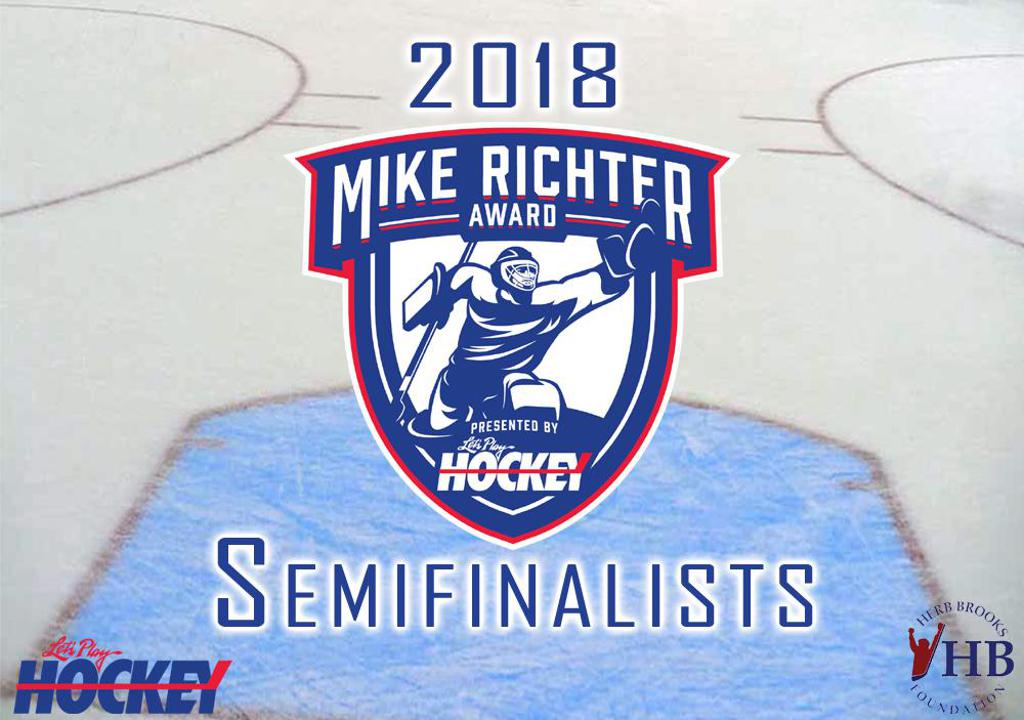 Let’s Play Hockey and the Herb Brooks Foundation announced today the 10 semifinalists for the 2018 Mike Richter Award, which honors the most outstanding goaltender in NCAA men’s hockey. The five finalists for the fifth annual award will be announced on Thursday, March 22, with the winner presented on Friday, April 6 at the 2018 NCAA Men’s Frozen Four in St. Paul, Minn.

The semifinalists combine for a 1.85 goals-against average, a .932 save percentage, five shutouts and a grade-point average of 3.18.

Candidates for the Mike Richter Award were determined by nominations from all 60 NCAA Division I men’s hockey head coaches. The semifinalists, finalists and winner are selected by a committee of coaches, scouts and members of the media.