Suggestions to improve the experience for all high school hockey programs in the state. 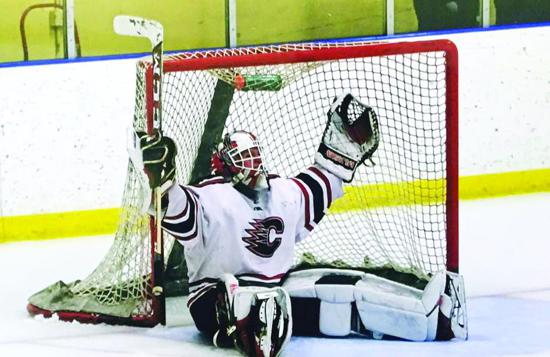 20-0. 14-2. 11-1. 9-1. 12-1. 15-2. 10-0. Scores like these reflect the imbalances in high school hockey and the current structure that results in lopsided games like these. These are a sampling of the most obvious examples. However, there are plenty of games that have seven-goal differentials each year. A six-goal differential in the third period results in running time and a shortened game.

It is hard to argue that scores like these benefit either team except to run up scoring point totals for the top players on the winning teams and improving goaltender stats.

The question is how do we organize high school hockey in such a way that most games are competitive with a goal differential that reflects a well-competed effort on the part of each team? The other question is, why would this be good for hockey?

To answer the second question, getting hammered hurts not only a high school program, but also the youth program that supports it. One only needs to look at the increasing number of co-op programs required to field high school teams in many communities. Many schools have trouble fielding a JV team due to lack of numbers.

The first question is a bit more difficult.  We have a system that classifies teams by school enrollment minus free lunches. The cut-off is at about 1,200 students. Class A teams are below the cut-off and Class AA above. We allow teams to opt up, but not down based on their competitive levels. Opting up has proven in some cases to attract players to many of the private schools in the belief that playing Class AA is better than Class A.

Some schools with youth programs in excess of 500 players qualify for Class A and some with much fewer players but larger enrollments are Class AA. Many teams from larger schools with changing demographics continue to be Class AA in spite of dwindling youth programs that do not even play at the AA youth levels.

I recently visited with the parents of a Bantam goaltender from a large program. He told me they have 20 Bantam goalies in the program. There’s no hope for a chance in high school for all but a couple.

Additionally, several private school programs are aggressively recruiting top-end players from smaller Class A schools with promises that are hard to keep. This in turn weakens the competitive level of the smaller schools. When tryouts come each fall, hundreds of good players are cut from the high profile Class AA schools, leaving those players out of the high school experience due to high school transfer limitations.

A final problem is the transfer rules as written. The rule benefits families with the financial resources to relocate for the express purpose of playing sports and discriminates against families who do not have those resources.

How do we create an overall program designed to achieve the goals as stated by the Minnesota State High School League?
We know that the benefits of playing high school sports are numerous, as they help build character, leadership skills, reliance, grit, teamwork skills and friendships. Yet we have a system that pushes hundreds of high players away from the very system that is designed to benefit them.

1. Create a system similar to what has been adopted in football that matches teams in regards to enrollment, youth program size, geography and competitive levels. Dominant programs move up and weaker programs move down.

2. Develop a mechanism for players cut from the bigger schools to play for smaller schools that need players, without changing schools.

4. Revise the transfer rule so that families do not have to decide before ninth grade where they might have a chance to play. Tenth grade would be a better level.

5. Revise the transfer rule so that a player only gets one transfer with eligibility. Eliminate the “return to home program” freebie that exists today in many instances. And no eligible transfers after the junior year.

7. All teams compete within their classification only.

The current conference and section format has served high school hockey well for decades. However, the game has evolved with players having an increasing number of options outside of high school hockey and the migration of top-end players to a select few programs in the state. Maybe it is time for high school hockey to evolve also for the benefit of all the players.

All of these ideas come from discussions with many coaches over the past several years and watching the continuous evolution of hockey in Minnesota. There is no perfect system. However, making some changes with an eye to keeping more players in high school hockey and the competitive levels appropriate would be a win for everybody.

Thoughts or comments should be directed to the athletic/activities directors in your schools.