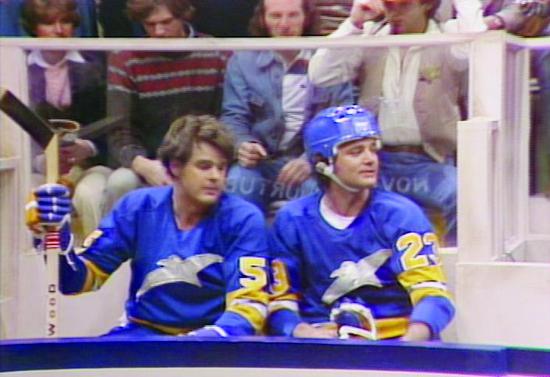 After a Presidents’ Day weekend of 16 games at every conceivable level, it became clear to OS that the hockey community, including the officiating ranks, needs a brief refresher on Rule 404 (a), Minor and Misconduct Penalties.

Specifically, the extra player in the box.

Let’s take the classic minor plus misconduct for boarding.

You do realize that boarding is now a minimum minor plus misconduct, don’t you?

Anyway, No. 7 of the Hooligans is assessed a minor and misconduct for boarding. Number 7 is then escorted to the box to sit his minor, plus the additional 10 minute misconduct. How long does No. 7 sit in total minutes?

Wrong! This isn’t a bench minor or a goalkeeper’s penalty. Those infractions of course must be served by a player on the ice at the time the penalty was called. See Rule 402(b) for further explanation.

“Yeah, but that goes the same for any player serving the minor portion of a 2-and-10,” you all scream in unison.

OS understands that this rule is often misapplied. It happened this weekend as well – by a referee, if you can believe it.

OK you naysayers. Time to get out the gold-covered, Ron Hoggarth-autographed, USA Hockey 25-year veteran official rulebook. And for the rest of you, any hard-cover or online edition of the USA Hockey rulebook will do.

Check out Rule 404(a). When a player receives a minor penalty plus a misconduct or game misconduct penalty at the same time, the penalized team shall immediately place an additional, non-penalized player, other than a goalkeeper, on the penalty bench.

And for you debate club or moot court junkies, compare this rule to 402(b) Bench Minor Penalties. “Any non-penalized player of the team who was on the ice at the time of the infraction, except the goalkeeper, may be designated to serve the penalty.” (Note, this language is similar to Rule 407(a) Goalkeeper Penalties).

Now, here is how these two scenarios are distinguished. Please note, not only is this interesting reading, but it’s also excellent preparation for you college-age referees thinking about a legal career.

In the bench minor or goalkeeper penalty scenario, the player on the ice is actually serving the time for the assessed minor penalty. It’s as if the penalty was assessed against that individual player, though it actually wasn’t. As a legal fiction, the player is defined as a substitute for the coach or the goalkeeper.

And separate yourselves from the ice pack.