Bigger, faster and stronger, but not better

Players in the NHL today are bigger, faster and stronger than those of 50 years ago, but are they smarter? 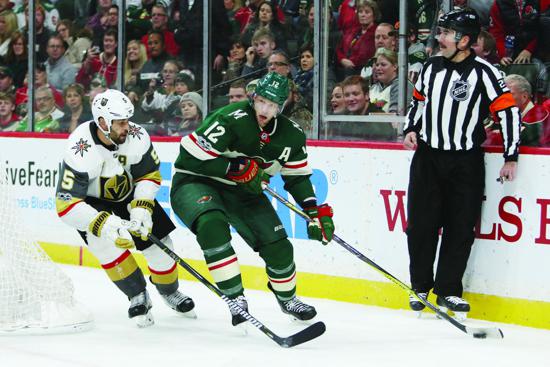 Professional and college players today are bigger, faster and stronger than four decades ago. That’s a fact, not opinion; we’ve measured these qualities every year. But I’ll go way out on a limb to express an opinion: They are not smarter players today, and in hockey, smarter is better.

Why are we not developing smarter players? Maybe it’s harder today to dominate the way Esposito, Orr, Howe, Lemieux, Gretzky and Richard did. After all, the opponents are big, fast and strong – and systematized to the gills to play team defense. Furthermore, goaltenders are bigger, and they have mega-sized protective equipment, so they challenge shots without fear.

In terms of physics, perhaps it’s more difficult today to make read-react decisions when you’re moving faster on the same small rink, and your opponents are closing the gap quicker. Oh yes, they can bench press a house, so as the gap shortens, so does your life expectancy. If you’re a playmaker today, you’d better get it done in a hurry and move to open ice.

But 50 years ago, there were extenuating circumstances beyond physics. One of them was the advantage of outdoor games and practices. Not that there wasn’t some discomfort in the cold, snow and wind, but one advantage was smaller youth teams –  four defensemen and six forwards were often the limit. Scrimmages were common in practice because it was an excellent way to keep two teams moving and warm – also an excellent way to develop rink sense. You just can’t beat players with rink sense, no matter how big, fast and vicious you get.

Players rarely stopped in practice and never stood in the snow bank for more than a minute or so during games. Most teams had two lines, so there’d be fatigue if you didn’t play smart and use your energy where it mattered. Today’s hockey often looks like a mindless race up and down the ice – more accurately, a race to the red line to dump the puck to the other team, so they can return the favor, like ping pong. Dumping the puck 50 years ago was a sure sign you were not a player.

At the race-pace of 2018, there is little opportunity in a young player’s development to create Gretzky-like plays. Furthermore, five decades ago, defensemen didn’t ring the puck much, because the boards didn’t have nice round corners, and there was always a pile of snow to grab the puck. Therefore, the Bobby Orr model was encouraged by coaches. Young D learned to turn up ice and make accurate passes, then step up to join the attack.

Without ice rental, outdoor practice wasn’t limited to 60 minutes – or 90 or 120. You could scrimmage all day, and often did. Skills like skating, stickhandling and shooting were developed by hours of repetition, not minutes of instruction. “It’s all about ice time,” as they say up there in Roseau and Warroad, so they build arenas for unlimited, adult-free practice.

Today, when the No. 1 star of an NHL game is interviewed, we hear the same comment time after time: “We played our game, and stuck with the system.” Nice. Years ago, wins were considered a team effort, so they didn’t single out stars. If they had, I wonder if Gretzky, Lemieux and Orr would have said, “Wow, it was fun. I didn’t do one thing the coach expected … and he loved it.”