Being coachable and consistent are two critical qualities for all players. 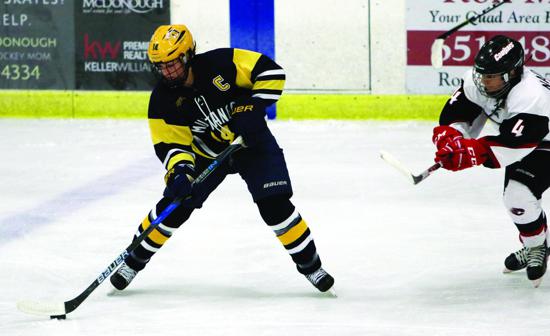 Now that we are entering into the playoff run, I have to admit that I’m finding myself getting frustrated by the fact that some of my players consistently make the same mistakes over and over again.

I’m sure there are more than a few coaches out there who are feeling the same frustrations. Players: We don’t mind if you make mistakes every once in awhile, but when you continue to repeat those same mistakes over time, we start to question your coachability and consistency.

Being coachable and consistent are two critical qualities for all players, especially when you are looking to play at the elite levels of girls’ hockey.

So, to help you avoid getting on your coach’s bad side at the end of the season, here are the top five mistakes that drive me crazy as a coach:

1. Making mistakes at half-speed
I don’t mind if players make mistakes – in fact, I expect them to. Hockey is a game of mistakes after all. Plays rarely work out perfectly, and more often than not, scoring chances and goals result from a bad bounce or a miscue by a player.

I tell all my players at the start of the season that I expect they will make mistakes, but I will not tolerate them making mistakes at half-speed. When you make a play at half-speed (or even worse, without your feet moving), you take away your ability to recover if you make a mistake. Aggressiveness and confidence are extremely valuable qualities for girls’ hockey players to have, so go full-out all the time and use your speed and determination to recover if you do make a mistake.

Also, when you do make a mistake, play it off as if nothing happened. Instead of banging your stick, rolling your eyes or yelling, just keep going. Pretend as if nothing happened. This is a huge thing for scouts from the college and university level. They don’t want you wasting your time or energy dwelling on mistakes. They need you to get right back in the play immediately.

3. Throwing the puck back into traffic
Puck possession is a very hard thing to maintain in boys’ hockey because of body checking, but it is much easier to maintain in girls’ hockey and is absolutely critical to a team’s success. Finding open space when you don’t have the puck and moving the puck to an open player when you do have the puck are two very important skills for players to master – and they are also quite hard to teach.

Too often players panic when they get the puck and are under pressure and simply throw it back in the direction from which it came. This is when your ability to know where you want to put the puck before it even gets to you and your teammates’ ability to provide good close support is critical.

Be patient, keep your feet moving and remember that the puck doesn’t always need to move forwards down the ice. Don’t be afraid to pull the puck back and regroup it in towards your own zone so that you can maintain control and wait for space to open up.

4. Over-passing the puck
This is a big difference between boys’ and girls’ hockey. On a 2-on-1 rush in boys’ hockey, the player who carries the puck in over the blue line is more often than not the shooter. In girls’ hockey, the players usually make one or two too many passes as they come in on the net, which results in a shot from too tight or no shot at all.

Over-passing the puck takes away space and control which lessens the chance you will score. I have heard players say that they pass on the 2-on-1 because they don’t want their teammate to get mad at them if they don’t. Trust me, your teammate will not be mad at you if you score. One or two smartly placed and timed passes are OK, but trying to make 4 or 5 passes once you get over the blue line is very unlikely to work. The closer you get to the net, the less options you have to move the puck.  So shoot more, and pass less.

5. Taking everything too literally
This is another huge difference between the boys’ and girls’ game. Girls tend to get very focused on executing the system exactly as the coach teaches it. This is not a bad thing, but quite often it results in “paralysis by analysis.” You get so focused on being exactly where you are supposed to be that you miss out on chances to create turnovers or capitalize on the other team’s mistakes. You need to learn the system, be a responsible player in both ends of the ice, and then look for opportunities to play “outside the box.”

Those five mistakes aren’t huge by themselves, but they add up over the course of the game and the season. So focus on these details to help your team have a very successful playoff run.

To get complete access to articles, videos and secrets that addresses the specific needs of female hockey players, visit totalfemalehockey.com. Kim McCullough, MSc, YCS, is an expert in the development of aspiring female hockey players. She is a former NCAA Division I captain at Dartmouth and played in the National Women’s Hockey League for six years. She is currently the Director & Founder of Total Female Hockey and the Head Coach of the Toronto-Leaside Jr Wildcats in the Provincial Women’s Hockey League (PWHL).