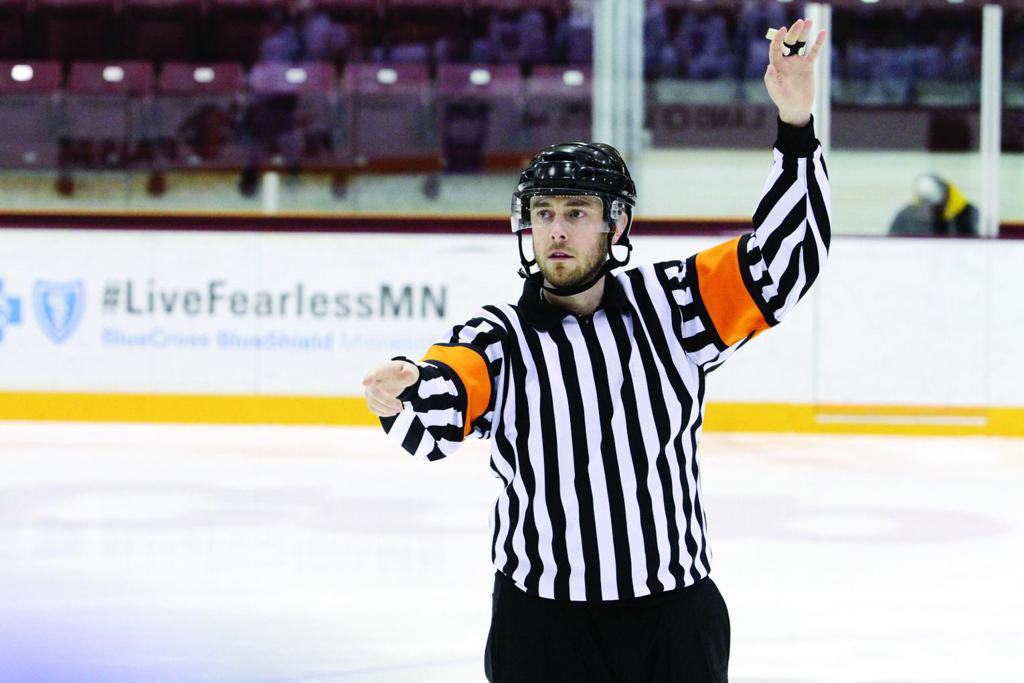 One dilemma that veteran Level 3 officials encounter on a continuous basis is the classic case of media-induced ignorance.

You know exactly what this means. The normal symptoms include failure to comprehend individual league rules due to overindulgence in televised hockey games.

Get it now? Every NHL rule is equally applicable to beer league and/or low-level JV games.

Now let’s analyze one very important rule pertaining to head contact – something that actually came up in an NHL game a few weeks ago.

(Note) Head Contact is the action of a player contacting an opponent in the head, face or neck with any part of the player’s body, equipment or stick.

(a) A minor plus a misconduct or major plus a game misconduct penalty shall be assessed for head contact to an opponent.

(b) A major plus a game misconduct penalty shall be assessed to any player who injures an opponent as a result of head contact or who intentionally or recklessly contacts an opponent in the head, face or neck.

Looks fairly straightforward. If a player contacts an opponent in the head, a penalty must be called.

But check out the NHL rule.

Rule 48 – Illegal Check to the Head

(ii) Whether the opponent put himself in a vulnerable position by assuming a posture that made head contact on an otherwise full body check unavoidable.

(iii) Whether the opponent materially changed the position of his body or head immediately prior to or simultaneously with the hit in a way that significantly contributed to the head contact.

Naturally, OS agrees with the NHL rule. And us sharper officials are always cognizant of an opponent’s actions in changing the position of his or her body after a check is already in motion.

But let’s face it, when there’s head contact in a USA Hockey game, it’s almost always an automatic penalty. The Latin term mens rea, meaning intent, is simply inapplicable. Coaches scream. Parents are irate. Assignors get threatened. What’s an official to do?

That’s why the NHL rule is better. It takes a change of position into account. I mean, once a legal check is already in motion, there’s not much a defender can do. So reasonableness should prevail, with the backing of USA Hockey.

In fact, OS has rarely seen a classic head check at any level. Maybe a decade ago, you’d see low-level JV guys check with their hands extended right to the cage of an opponent. But now, OS just doesn’t see it. Usually, the head check is totally inadvertent. Two players accidently colliding at mid-ice. An opponent with his head down crashing into a defender. Or the classic neck whiplash after a clean check is delivered.

SITUATION 1. The only thing that matters is whether there was contact made to the head, face or neck of the opponent with any part of the body or equipment. Rule Reference 620(Note).

So there you go. USA Hockey is strict liability. And for all you television junkies, the NHL rule is inapplicable to any USA contest. That goes for Mite house through midnight hatchet leagues.

Remember that, coaches, captains and lumberjacks before bellyaching to your veteran zebra.