Kick the “bag skate” tradition off the ice

Stop-start sprints that last longer than 10-15 seconds are counterproductive at all ages. 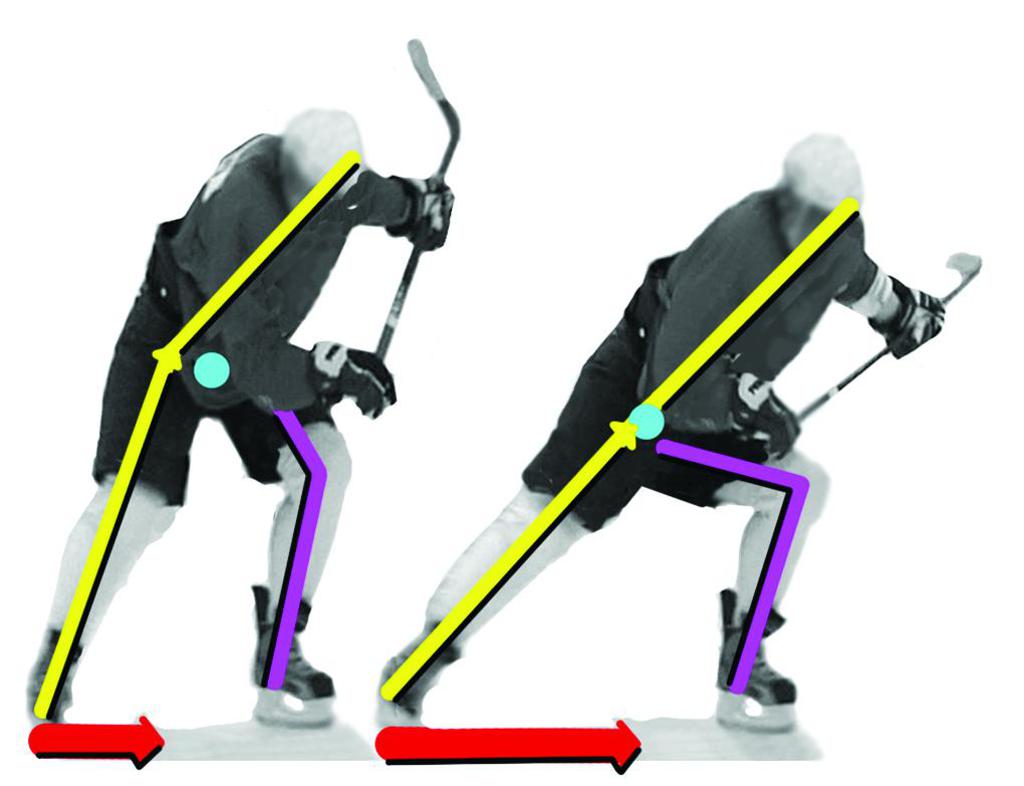 Stop-start sprints that last longer than 10-15 seconds are counterproductive at all ages, but especially in the development years of youth and high school hockey. Short rest intervals ensure that the next sprint will be done with poor quality.

So, to improve stop-start quickness, try a series of seven-second sprints starting from a standstill at the middle red line; sprint to one blue line; then to the other blue line; then past the starting point. If you use a stopwatch, you can compare to NHL standards of about 6.2 seconds. Allow 30-40 seconds rest, and the next sprint should be just as fast. Carry pucks if you want, and defensemen can alternate forward-backward skating.

If we’d just stop to define "endurance for hockey," we’d agree it is the ability to maintain high quality skills at the fastest possible pace, for the length of each shift and for an entire game. High quality at the fastest pace? Well, that doesn’t leave a lot of room for poor quality skating performed at a slow pace. But that’s exactly what is repeated after 10 seconds of a stop-start sprint. It amounts to conditioning players to be slow skaters.

In the accompanying pair of photos, check out the NHLer who looks exhausted, and is trying to accelerate with flailing arms instead of efficient legs. He’s grinding it out in a skating test (five lengths of the ice, goal line to goal line). In the first length, he is efficient and powerful because he uses: 1) quick strides, 2) excellent knee bend, 3) forward lean with his body in Straight Line Extension and 4) full powerful extension of the legs. This results in a forward component of force (red vector) that is twice as great as when he is fatigued on the fifth length. Less horizontal force means slower acceleration (force = mass x acceleration).

In both photos, the player is in his second stride from the goal line, trying as hard as he can to accelerate. But, as he fatigues, acceleration is reduced, because lactic acid builds up and destroys neuro-muscular function. Flailing arms won’t cut it. Force has to be applied efficiently, but when players are required to skate long stops-and-starts, they are practicing inefficiency.

Would we intentionally practice poor fundamentals while trying to learn the golf swing? Would a gymnast practice a difficult routine when he is fatigued? Why do we continue to practice slow, inefficient skating habits? Is it simply, “This is the way it has always been done?” Or does the coach just like it because, “It’s really hard?”

With modern technology, we know enough about neuro-plasticity now (that is nerve-muscle learning) that the computer can actually detect anatomical changes in the nervous system when we repeat the same movement over and over.  The purpose is to “CONDITION” players to perform with high quality for an entire game.  Therefore, we must train with quality skills at fast pace for the entire practice.  That is “Hockey Endurance.”