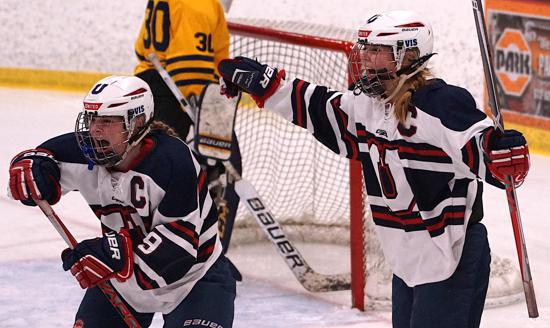 This story originally appeared on Minnesotahockey.com on October 17, 2017.

Those who have frequented local rinks over the years can agree on this:

“It’s really not even the same game anymore,” said Jessica Christopherson, president of the Minnesota Girls Hockey Coaches Association and head coach of the Wayzata girls’ varsity program. “It has improved tremendously over the years. It has become much more of a team game and the skill level has gotten to be quite impressive.”

Minnesota leads the way in girls membership, Division I and III college production, Olympians, etc. The lists can go on.

And the best part is it’s only going to get better. Tremendous growth continues to be seen at the grassroots levels throughout the state. Minnesota Hockey has set new 8U girls membership records in each of the last three seasons, and that growth is leading to growth at older age groups such as 10U, where there will be 18 more teams this season – up about 12% from 2016-17.

“I feel the skill level and competition is going to increase which will lead to an even better and more exciting product on the ice,” said Natalie Darwitz, three-time Olympic medalist, Hamline University women’s hockey head coach and Eagan legend. “You are seeing more and more depth in the game – there are no longer blowouts at the D-I level – much more parity. That makes for more exciting hockey.”