Roseville's Sertich Continues Giving Back to the Game 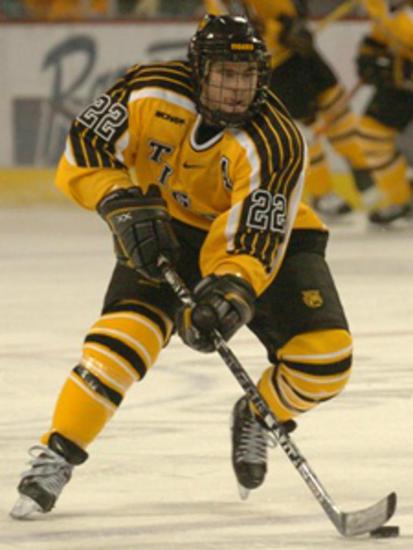 He takes a breath.

“My first gut response is the state tournament,” Sertich says. “There’s nothing like it.”

The Roseville Area High School and Colorado College star is one of just two players to win both the Minnesota Mr. Hockey Award and the Hobey Baker Award as college hockey’s best player, but the fact that he never played in the high school state tournament still gnaws at him.

“I finally just a couple years ago watched the section final game (from) my senior year,” Sertich said with a chuckle. “I couldn’t bring myself to watch it for 12 or 13 years.”

His Raiders would make the trip to the Xcel Energy Center in each of the next two seasons after his graduation, finishing third in 2002 and second in 2003, while Sertich was starring in the USHL and as a freshman in Colorado Springs.

Adaptation at each level of the sport has always been a part of Sertich’s game on the ice.

At 5-foot-8, Sertich didn’t have much of a choice when it came to dodging opposing defenses.

“I learned the hard way growing up,” Sertich said. “I was always one of the smaller guys out there. That never really changed (throughout) my whole career,” Sertich continued. “You just kind of have to be creative and sneaky.”

In the late 1990s and early 2000s, Sertich’s silky stick-handling and quality puck distribution helped usher in an era of tangible success to the first-ring suburb’s hockey program, guided by his father Steve as the head coach.

“We had great families and great kids who were just rink rats,” Sertich said of playing for the Raiders at that time. “We just played at the outdoor rinks, we played roller hockey in the summer, we worked out together,” Sertich said, adding that he remains close with his high school teammates. 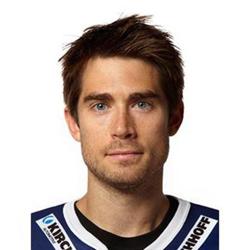 Sertich would again find himself one step from his ultimate goal in his collegiate career.

In 2005, Sertich’s Colorado College Tigers scored one-goal wins over Colgate and Michigan in the first two rounds of the NCAA Men’s Ice Hockey Tournament before falling 6-2 to eventual champion Denver in the Frozen Four.

After a successful career playing in Europe, Sertich returned to Minnesota after playing the 2015-2016 season with the Hamburg Freezers of the DEL, Germany’s top professional league.

“Hamburg had a big, NHL-style rink with tons of fans,” Sertich said, adding that he enjoyed his time overseas both on and off the ice.

Sertich is currently the Director of Tradition Hockey, a training program for players at all age levels, and will join the University of St. Thomas’ women’s program as an assistant coach.

“I’m really excited to be working with all different ages, (both) boys and girls,” Sertich said. “It’s awesome. I feel really lucky.”

As for his preferred taste in training methods, one only has to look back on how he learned to play.

“I love to play a lot of games, a lot of small-area games,” Sertich explained. “At the end of the day, I want the kids to have fun and improve without even knowing it.”