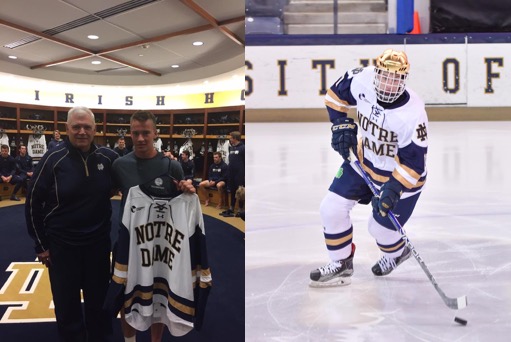 Peter Mark has a great story. Will it be a box office hit someday? Likely not - but his hockey playing career has an incredible parallel to Daniel Ruettiger, a.k.a. "Rudy" at the University of Notre Dame.

After playing club hockey for two years, Mark made the varsity in South Bend this past fall, which was the second-to-last step to eventually skating one day for the Fighting Irish.

Playing time at the highest level as a youth or in high school seemed unlikely. But Mark loved the game and was very motivated to succeed despite the long odds.

“In seventh grade at St. Thomas Academy, Greg Vanelli was my gym teacher. He actually came to one of my games and did a great job of motivating me to become who I am today,” said Mark. “I’m not sure I’d be on the Notre Dame team if it weren’t for him and his brother Tom.”

“I was always the guy who was the last one to make a team," Mark said. "Heck, I think every team I’ve made, I’ve been the last guy the coaches wanted."

At the completion of his junior year at St. Thomas, Mark knew his odds of skating with the varsity were slim.

Through countless hours and hard work, the Vanelli brothers worked their magic in his favor.

“I made the varsity as a seventh defenseman, dressed 17 times, played in eight games and earned a letter,” said Mark. “It was awesome.” 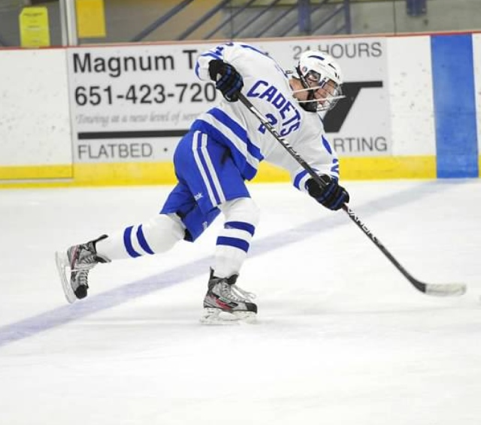 “I chose Notre Dame, for all of the reasons people choose it, but in the back of my mind I knew I wanted to play club hockey,” said Mark.

After Mark's first season, an assistant with the club team, Brad Gendel, told him he needed to pursue a higher level of hockey at the school. After training all spring, summer and fall with the varsity, Mark was let go prior to the season.

Almost a year later, Mark would find himself a stronger and better prepared player. Called into Head Coach Jeff Jackson’s office on the final day of the fall, Mark recalled what Jackson asked him: “Today is team pictures, do you want to be in it?"

It was a very proud moment, and a day Mark will never forget - telling his mom and dad that he made the Notre Dame varsity.

The accomplishment came on the heels of countless hours of skating with Andy Ness for eight years and working out with trainer Curt Meiers at his garage getting stronger.

“Those guys believed in me and made this all possible,” Mark said.

Getting acclimated to the big club has been a major adjustment. In his first year, Mark is the eighth defenseman and has not suited up. The ever-positive Mark is not frustrated at all.

"The whole team has been great, showing me the ropes. I don’t know the half of how any of this works. For me being a walk-on is like a tryout everyday," Mark said. "Tony Bretzman (St. Thomas grad and junior defenseman) has taken a personal interest in me. He has really helped me get my game ready for that chance to play.”

After college, Peter hopes to use his degree in Finance and Chinese to pursue a career in the financial world, likely back in the Twin Cities. But before that happens, the Minneapolis native has a few final chapters yet to write in his story in South Bend.

“My dream is to someday put on a gold bucket and play here at Notre Dame.” 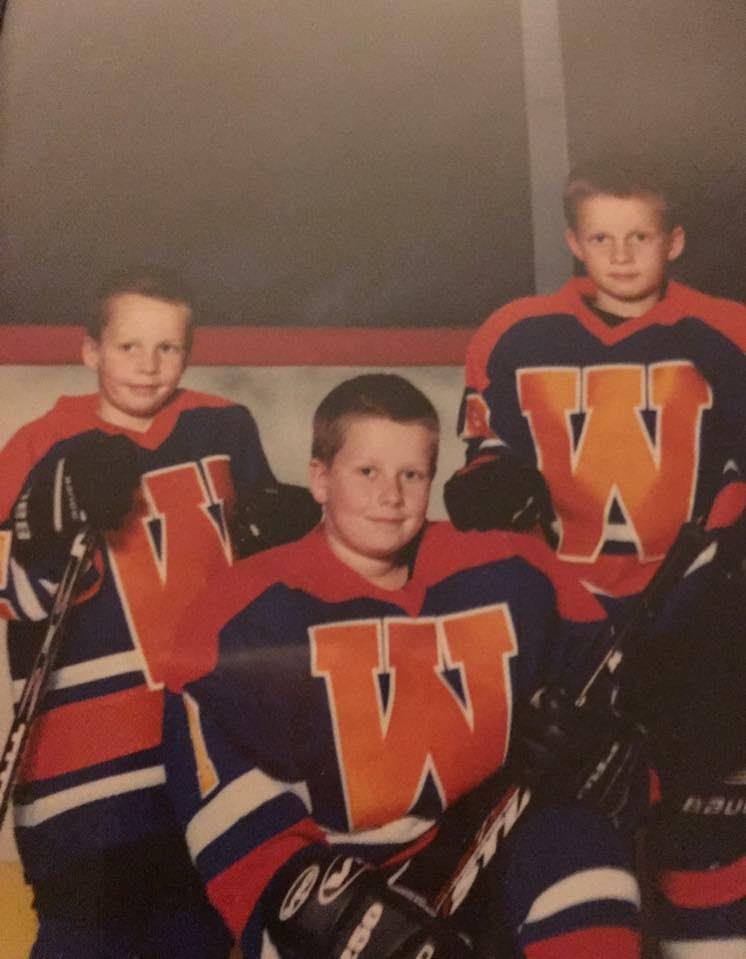