Where Are They Now? Catching Up With Dave Christian 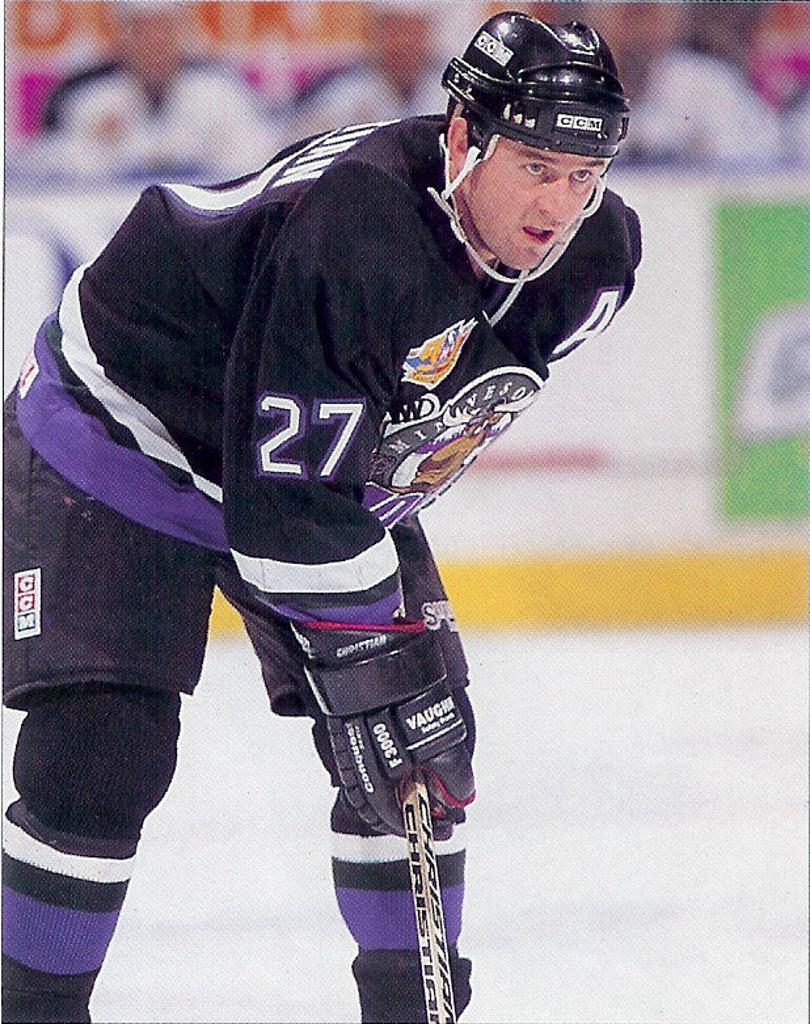 Dave Christian as a member of the Minnesota Moose. Credit: vintagemnhockey.com.

No matter the specific subject, when Dave Christian talks hockey, you listen.

Being just one of 10 American-born players to reach the 1,000 game plateau in the National Hockey League affords you the right to attention when you offer an opinion on the game.

On the subject of leadership, Christian, inducted into the U.S. Hockey Hall of Fame in 2001, believes a good leader rarely stands on his or her own.

“To be a good captain, you gotta have good followers too,” he said.

Totaling 340 goals and 773 points while suiting up for five different teams, Christian, currently a Technical Services Engineer with Cardinal Glass Industries in Fargo, N.D., did his share of leading and following in a career that spanned 15 years in the NHL and included being a member of the iconic 1980 U.S. Men’s Olympic Team.

Christian said that “Miracle,” Hollywood’s 2004 tribute to the 1980 team, has played a key role in the team’s ability to resonate with fans of all ages.

“I think the ‘Miracle’ movie coming out brought attention to it, (brought it) to another generation,” Christian said.

The son of Bill Christian and nephew of Roger Christian, both members of the 1960 U.S. Olympic Team, Dave says he felt an early pull toward the international stage.

“It fostered my dream of playing on an Olympic team,” Christian said.

Christian’s dreams received ample nurturing in Warroad, where he says you could always find a place to play, usually at the famed Warroad Gardens.

“You could always get on the ice,” Christian said. “If you didn’t have a key, you knew which door purposely would have been left open.”

Dave also says that watching the men of Warroad lace up their skates and take to the ice as members of the Warroad Lakers, a senior men’s team, grew his love for the sport even deeper.

“(The players) had other professions, other jobs, but when they got together to play hockey, they (got) serious about,” Christian recalls.

Dave admits to using a composite stick recently, but says that he prefers sticks fashioned from a tree.

“I’m partial to wood, there’s a better feel to wood,” Christian said, adding that finding a wood stick now may be next to impossible.

Also next to impossible would be trying to pull Christian away from his daily crossword puzzles, a habit Christian says he picked up during his playing days.

“With one of the teams I played on, somebody must’ve been into crosswords,” Christian explained. “I just kind of piggybacked on it.”

Christian also dished on his two favorite renditions of the national anthem.

“The national anthem after the medal ceremony in (Lake) Placid is No. 1,” Christian said. “The 1991 All-Star Game at Chicago Stadium is No. 2.”