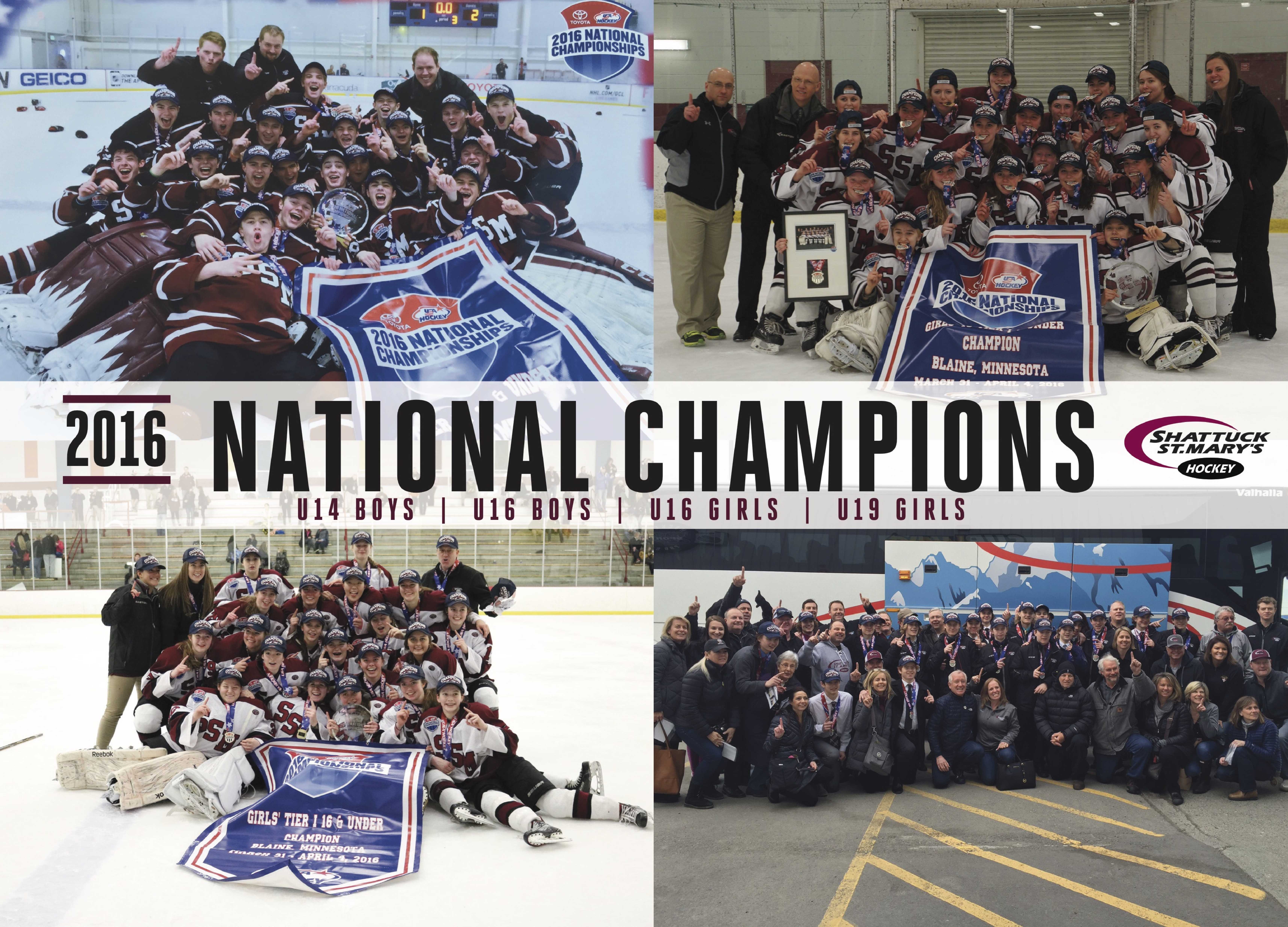 Close to home in Blaine, Shattuck-St. Mary’s Girls Tier-1 19U team defeated MN Elite Black 2-1 in the final game and the SSM 16U team beat MN Elite Grey 2-1. This is the first time Shattuck-St. Mary’s teams have faced off against Minnesota teams in the national finals. The Tier-1 14U team topped the Boston Junior Eagles 3-1 in Anchorage, Alaska.

“It is amazing what a group of people can do when no one cares who gets the credit,” said Shattuck-St. Mary’s Head Coach Adam Nightingale.

In San Jose, California, the Boys Tier-1 16U team defeated Victory Honda 2-1 for the national title. Head Coach Ben Umhoefer was quick to credit his players. “It was just an outstanding accomplishment for an incredible group of hardworking, humble kids. They flat out earned this,” he said.

“We’ve never had four teams win before,” Shattuck-St. Mary’s Director of Hockey Tom Ward said. “It says a lot about the school and the community working together, from the teachers and the coaches to have it all come to fruition this past week. It’s really neat.”

A welcome home celebration will be held on the Shattuck-St. Mary’s campus in Faribault at 8:50 a.m. on Wednesday, April 9th in the Johnson Gymnasium.