To Bill Christian: Thank You For a Life in Hockey 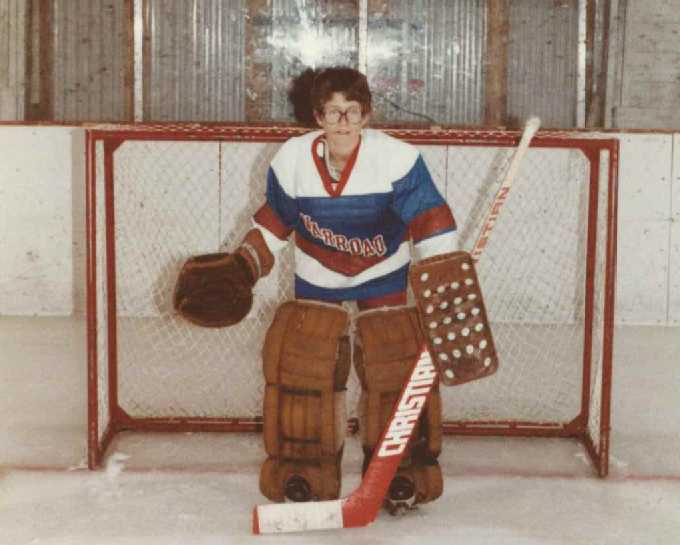 It’s routine, in my role as sportswriter and hockey dad, to attend more than 100 hockey games in any given year. And on nearly every one of those nights when I head to a pressbox to get a paycheck for watching hockey, I’ll think of Bill Christian at some point.

In 1960, Bill was one of two Warroad boys – his late brother Roger was the other – who helped Team USA win its first Olympic hockey gold medal. Then the Christian brothers returned to their hometown and started a hockey stick factory. “Hockey sticks by hockey players” was the official Christian Brothers slogan, and every Warroad boy had one of their wood beauties. The Superlite 5000 was my personal favorite.

As a kindergartner in Warroad, I first donned skates and tried youth hockey, just like every other kindergarten-age boy in Warroad. Literally, every other one. In 1974, if you were five years old and used the boys’ bathroom, you were handed a pair of skates and a stick, and you went out for youth hockey. If you couldn’t skate, or if you lived on a farm miles from town, or if your father was the local basketball coach, it didn’t matter. Have your mom tie your skates and get out on the rink. You’ll figure it out.

I played through third grade, and honestly didn’t enjoy much of it. The rink was too cold. The skates hurt my feet. The other boys my age were too good and were intimidating. As a third-grader they stuck me in goal and I did okay. My team – the Bruins – won the title for the in-house D League. The plaque still hangs on the wall of the downstairs bathroom in my boyhood home.

But that was it. I lost interest and walked away, done with hockey. I was just eight. Even the “Miracle on Ice” two years later, when Bill’s son Dave brought our little town its third hockey gold medal, couldn’t rekindle my passion for the game. While my friends progressed from mites to squirts to peewees, I skipped it all. 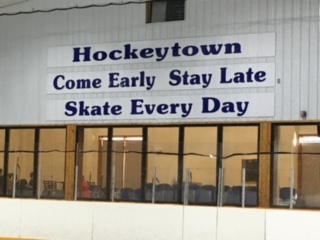 Winters are long on the Canadian border, and pre-Internet there was little to do if you didn’t skate. Out of desperation, I even tried basketball for a time, but walked away after two weeks. As an eighth-grader, I’d run out of ideas for a winter athletic endeavor.

It was November 1982. Hockey season had begun, and I knew the bantam team coached by Bill Christian was pretty good. They had just one problem: my classmate David Cole was their only goalie. I’m not sure where the idea was born, but knowing they needed a backup, and knowing that I’d at least stood in a crease and faced a puck in the past, I went to the rink one day after practice and asked Bill if he’d like me to come out and be the team’s backup goalie.

Now, in the interest of full disclosure, I’ll admit I was terrible. My youth hockey goalie equipment had been a standard hockey uniform and a goalie stick. No special skates, leg pads, helmet etc. For the D League playoffs, my father had duct taped a piece of foam insulation inside my jersey to serve as a chest protector. I’d literally never worn real goalie gear.

As a seven-year-old, I’d played goalie on my knees to better cover the lower half of the net, knowing that most kids that age couldn’t raise the puck. My coaches said I looked silly and made me stand up. Looking at modern NHL goalies and their propensity to hit their knees on every shot, I was clearly ahead of my time. Still, in 1982 my skills would need to improve roughly 1,000 percent before I’d even be considered a sieve. I had no business being on a Bantam A team of that caliber, and if Bill had offered a polite no thank you, it would have been warranted. 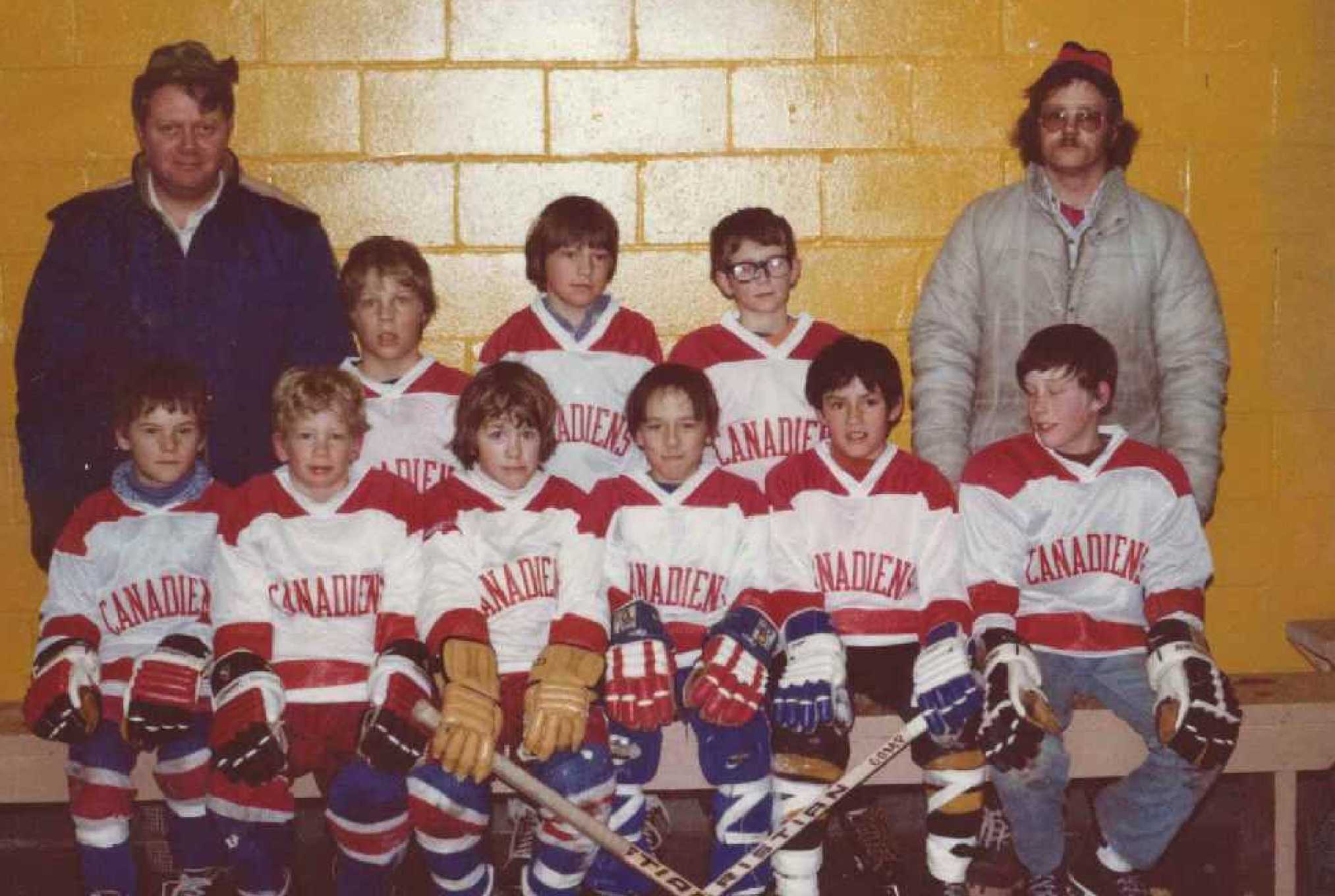 Bill said yes, and that simple nod of approval changed my life in ways I can hardly fathom. He offered a friendly smile and handshake, told me to show up to practice the next night.

I was given real goalie pads, and even had a goalie coach. Jim Scanlan, now the women’s hockey coach at Bemidji State, was just out of college and was playing goalie for the legendary Warroad Lakers senior team at the time. He would work with me most nights at practice, literally starting from square one, showing me how to hold a stick, where to stand in the crease, how to make a kick save, etc.

That season I was the backup goalie for a team that won its district, then its region, and advanced to the 1983 State Bantam Tournament in Bemidji. A year later, I backed up Chad Erickson, who would go on to an All-American career at Minnesota Duluth and play a few games in the NHL, and we got another State Tournament trip. I even got to play four minutes in the state tourney at Braemar Arena in Edina, versus eventual state champ Bloomington Kennedy. And the less said about those four minutes, the better.

A few times each season, we’d have a team get-together after practice at the Christians’ house. We’d eat pizza and licorice, drink Pepsi and watch a movie or the VHS tape of the 1980 win over the Soviets. And at some point, Bill’s wife Carol would usually bring out two Olympic gold medals for the players to pass around and try on. The thought of those moments still produces chills more than three decades later. 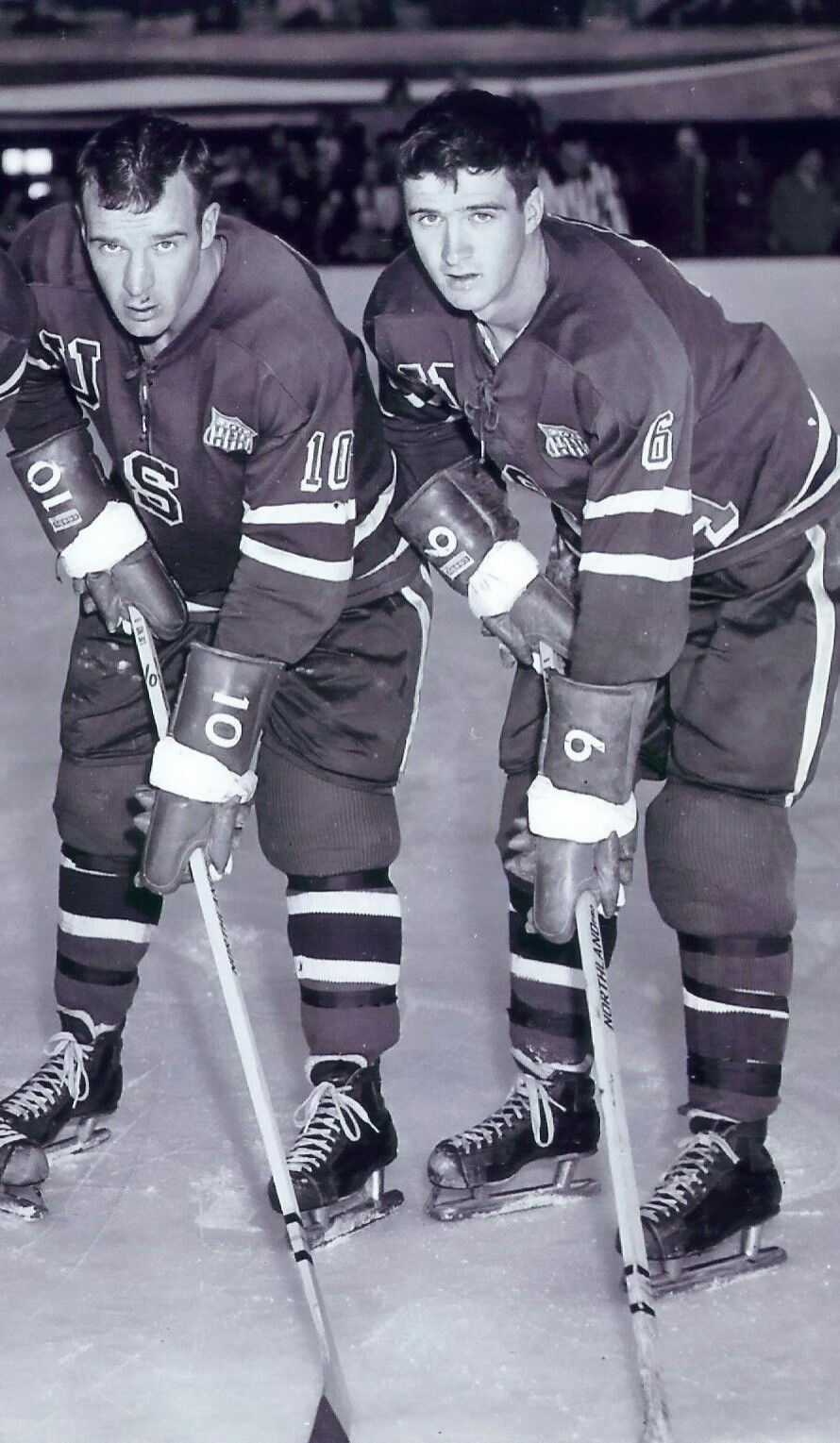 I played JV hockey as a sophomore, first donning the black and gold sweater of the Warroad Warriors. “Played” is a relative term. My total on-ice game time that season was around six minutes, although my 0.00 goals-against average is a WHS single-season JV record that still stands and can never be broken.

It was around then that the editor of the local newspaper asked if, since I was along on all of the team’s road trips with nothing to do other than watch, would I mind writing a game story for the next week’s paper? From that humble start, a sportswriting career was born. More importantly, I made contacts and friendships that have lasted a lifetime, from my college newspaper, to a hockey magazine to more than 20 trips to the NCAA Frozen Four, NHL playoffs, World Juniors, All-Star games and countless other amazing hockey opportunities in my life.

In February of this year, when the New York Islanders came to visit the Wild, I headed to the rink like normal, and set up in my usual pressbox seat at the Xcel Energy Center, writing for 1500 ESPN and The Sports Xchange, getting paid to watch the Wild. Bill’s grandson Brock Nelson plays for the Islanders, and I knew from friends that Bill had flown up from his home in Florida to see the game. Just before the national anthem, I tracked Bill down to offer a handshake and a thank you.

“Every time I come here, to work at a hockey game, I think about you,” I told him. “You giving me a spot on that Bantam team all those years ago is the reason I’m here today.”

Bill, for all his success in hockey and in life, has always been a humble man. His response was perfect.

“Those teams were a lot of fun,” he said. A short time later, his grandson was announced as a starter for the Islanders, and we said goodbyes. He settled in to watch Brock on the ice, and I got to work writing about it.

Those teams were indeed a lot of fun. Nearly as much fun as 30-plus years of being able to tell people of a childhood in Hockeytown USA, where my youth coach just happened to be a great person who won an Olympic gold medal and owned a hockey stick factory.

To Bill Christian, all these years later, I offer a sincere thank you for giving me the start of a life in hockey, by letting me wear a jersey and some real goalie pads. Your place in American hockey lore is legendary, and your place in my life is irreplaceable. 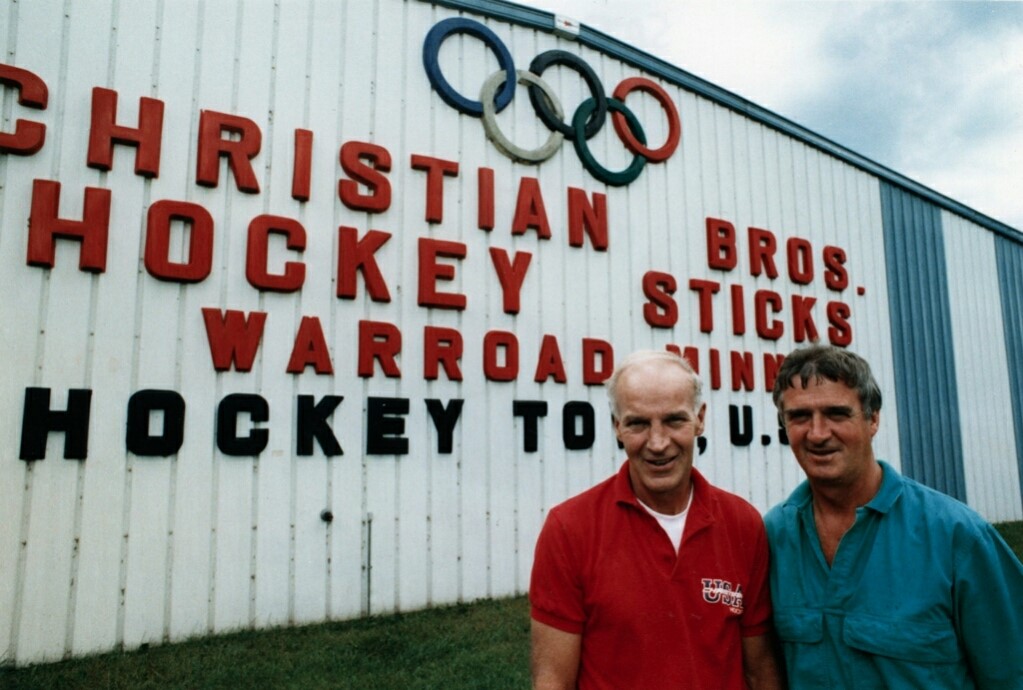