Where are they now? Record-Setting Golden Gopher Tim Harrer

Superb Scorer Was Hero to Many Young Fans in Late 1970s 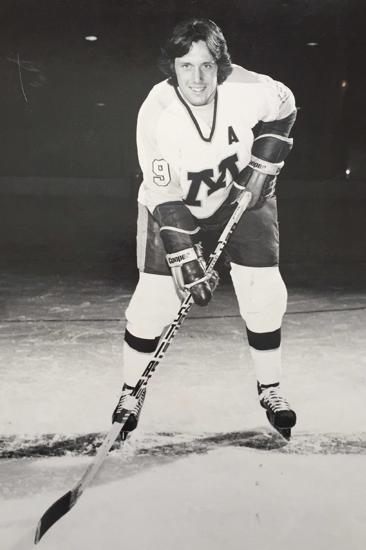 In 1976, Tim Harrer arrived on the campus at the University of Minnesota as a highly decorated all-state forward. He joined other all-state players Steve Christhoff (Richfield), Rob McClanahan (Mounds View) and Eric Strobel (Rochester Mayo) in what was deemed the best class of freshmen the school had ever seen.

"Despite being younger and less mature physically, we made an impact immediately,” said Harrer.

Playing for legendary coach Herb Brooks was one of the many great moments of Harrer’s career.

“Herb was great to play for, by far the smartest coach I’ve ever seen," said Harrer. "He was a great motivator, too.”

Brooks' motivational techniques kept the Gopher players on their toes, sometimes rewarding them when they played poorly and making them skate hard after a series sweep. And then there were times he came right at you after a loss. One such time came after the Gophers fell to then Division II Lake Superior State in December of 1977. Upon arriving home from their road trip, Brooks ordered the boys to get their frozen equipment from the bus and get dressed.

“We skated so many line drills that morning that they had to re-paint the lines on the ice," Harrer recalled. "We had scraped them clean.”

“Our core of guys combined with (Neal) Broten and (Mike) Ramsey made for some really competitive practices," said Harrer. "When we were at the U, it was one part fun competing with the best but one part nerve racking knowing that Herb was bringing in all of these great players every year.”

At this point in his career, Harrer was like many other great hockey players – high school and college star with a pending professional future.  But in 1979, Harrer’s life would change forever. Tim and his buddies from the national championship team went to Colorado Springs to participate in the U.S. Olympic Festival where the 1980 Olympic team would ultimately be chosen.

“I was the only player from the Gophers left off the roster," said Harrer. "Not being selected for the team wasn’t as hard to swallow as it was being the only senior from that group who was going back to the U,” he added. 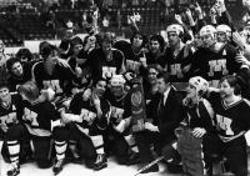 As a junior, Harrer was a member of Minnesota's 1979 national championship team. Credit: University of Minnesota Athletics.

Harrer’s senior year was filled with a few major highs and lows. After a torrid start to the season in Dinkytown, Harrer was asked by Herb Brooks to leave the Gophers and join the Olympic team.

“Herb called and said he wanted me to get a passport and join the team in Lake Placid," Harrer said (Note: a passport was required for all Olympic athletes, regardless of location).

Within 72 hours, Harrer got the passport, told Coach Brad Buetow he was leaving the Gophers and then abruptly was notified he was not leaving.

At the time, Harrer also had no idea that 24 years later he would become part of a subplot in the movie “Miracle.” Tim was portrayed as the hot-shot goal scorer brought in to replace future hero Mike Eruzione. He became the key subject in the famous “we’re a family” scene, where the team banded together to keep Eruzione and block Harrer from joining the team. Over the next 90 days, Harrer would watch his best buddies shock the world and win the gold medal. But the rest of the story isn’t as sad as one would think.

Tim went on to make history of his own. Paired with future pro Aaron Broten at Minnesota, he continued to score goals in bunches.

“It was a blast," Harrer said. "Aaron was so talented, especially at finding me when I was wide open. I’ve never played with someone who had such great vision.”

Tim scored 53 goals, giving the public address announcer laryngitis on some evenings at the old Williams Arena. His 53 goals broke John Mayasich’s and Dick Dougherty's shared record for most goals in a season by a Gopher – a record that will likely stand forever.

“It is something I will never forget," Harrer said. "The week after I broke the record they honored me at center ice where I got to meet Mr. Mayasich. It was like meeting God.”

After college, Harrer played a few seasons of minor league hockey in the Atlanta/Calgary Flames organization. During a short stint in the big leagues, he skated with former college roommate, Steve Christoff, who had just been traded to the Flames. After toiling in the minors for four seasons, Harrer retired and returned to the U and earned his Bachelor’s degree. 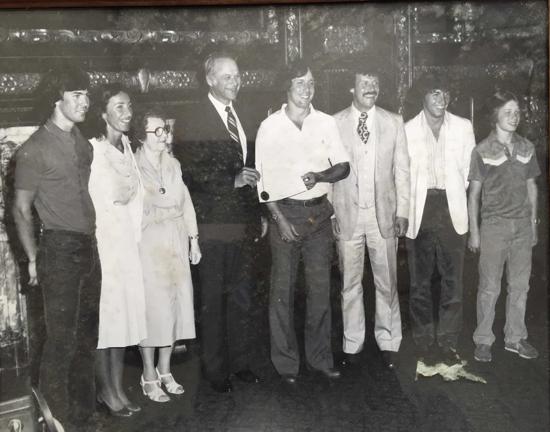 After retiring from hockey, Harrer never really played again, saving the chance of scoring 53 in a season in the men’s league for someone else.

In 1998, Harrer was voted to the Greatest 50 Gophers list joining former greats John Mayasich, Neal Broten and his buddies from freshman year - McClanahan, Strobel and Christhoff.

Today, Harrer lives in Bloomington and runs his family commercial janitorial business - ABC Maintenance - with his dad.  In his spare time, Harrer likes the outdoors and spending time with his family. And a couple times a year, one of the Gophers’ greatest goal scorers can be found at Mariucci Arena watching his alma mater.