Where Are They Now? Going Back to School With Dave Snuggerud 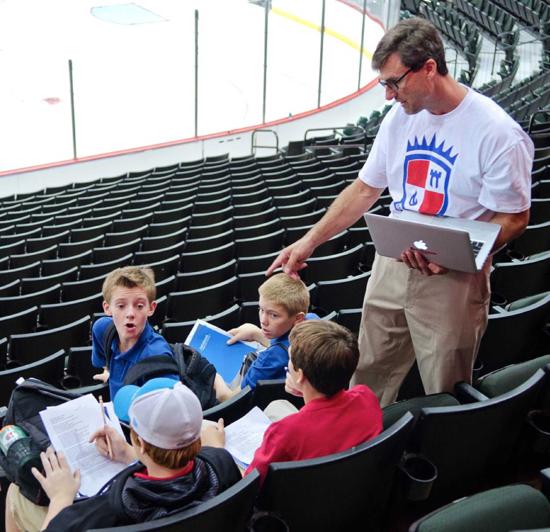 It is odd to think that a person who played Division 1 college, Olympic and professional hockey may someday not be as well known for his athletic career.

Enter Dave Snuggerud, the educator. After a storied college career at the University of Minnesota, a trip to the 1988 Olympics and a four-year career in the NHL (with stops in Buffalo, San Jose and Philadelphia), Snuggerud retired from playing the game at age 29 and has gone on to teach school and run camps at the middle school and high school level for the past 20 years.

“In all, through teaching, coaching and camps I’ve come across 10,000 kids since I’ve stopped playing the game,” Snuggerud said during a recent interview.

After his last shift of hockey, Snuggerud used what he learned as a student and a player and began to apply that to teaching middle school science in Wayzata for 15 years.

“I wish we didn’t have Summer break sometimes, I just love getting to school every day,” he said.

Snuggerud's dedication to kids goes beyond the books and the beakers. He is a roll-up-the-sleeves, look-you-in-the-eye type that the kids look up to each day.

“My job is to build relationships with kids and help them be successful, some days that means they will fail,” said Snuggerud, also the head boys hockey coach at Chaska High School. “Losing to Harvard (in the 1989 NCAA Div. 1 championship game), was the greatest thing that ever happened to me. I got a chance to learn how to deal with that failure in a way I’d never planned.”

Three years ago, Snuggerud and two good friends (former Gopher Andy Brink and former Minnesota State Maverick Jesse Willis) started Breakaway Academy, a school for hockey players. The school is located in Chaska and attracts students from all over the western suburbs of Minneapolis.

“We are a traditional private school that offers our students a great hands-on learning environment both academically and athletically,” said Snuggerud. “I love what we are doing here, helping kids get smarter by applying what we know as teachers of school and the game of hockey.” 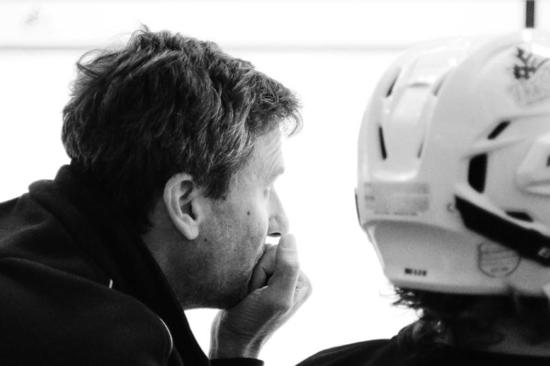 Asked about his fondest memories of playing the game, Snuggerud, who is married and has four children, had the following to say about the various levels:

Youth – “I loved it when I played in-house hockey before traveling. We got to just play and sometimes with older players. No one was telling us where to stand. We just played.”

High School (Snuggerud played at Hopkins) – “My favorite memories of hockey are playing with the guys I grew up with in front of our peers at school 20 times a Winter.”

Olympics – “I loved practicing, training and playing with great players that I had always played against like Brian Leetch, Mike Richter, Kevin Stevens and Craig Janney.”

Sitting in a room with Dave Snuggerud is never dull. One minute, you can learn the scientific table and the next you are moving a table at the school for the next wave of kids. And if you ask really nicely, he will even tell you that he played hockey - in the pros. It’s that humility which makes Snuggerud so successful at what he does.