Top Line Leads No. 1 Eden Prairie to 6-3 Win Over Prior Lake 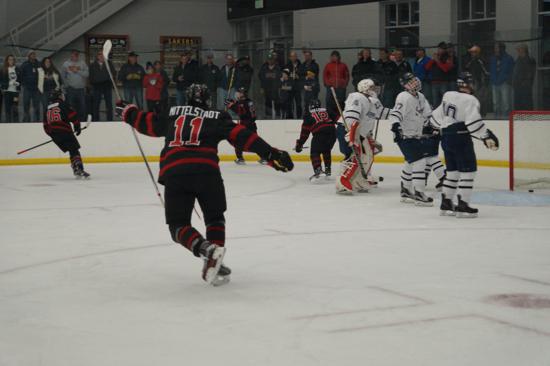 Eden Prairie reacts after Cole Lawrence scores in the second period of Saturday’s 6-3 win over Prior Lake. Credit: Peter Odney.

After Saturday afternoon’s 6-3 win over Prior Lake, Eden Prairie coach Lee Smith may not have any other choice but to keep his top line together for the entire season.

Seniors Michael Graham and Cole Lawrence have teamed up with junior Casey Mittelstadt to potentially give the Eagles one of the best forward lines in the state, and the trio showcased that talent by combining for five of Eden Prairie’s six goals on Saturday.

“There are some different things we can do with that group if we have to,” Smith said after the win. “But for now we’ll let them play together.”

Mittelstadt, a Minnesota-commit who led the Eagles with 26 goals and 52 points last season, had two goals and three assists against the Lakers. Graham scored twice, and Lawrence scored a goal and added two assists.

The Eagles are ranked No. 1 in the latest Class 2A coaches’ poll.

Smith said that the line’s performance may lessen his concerns about lineup depth.

“If they can play like that every night, it’ll be pretty easy to keep them together," he said. 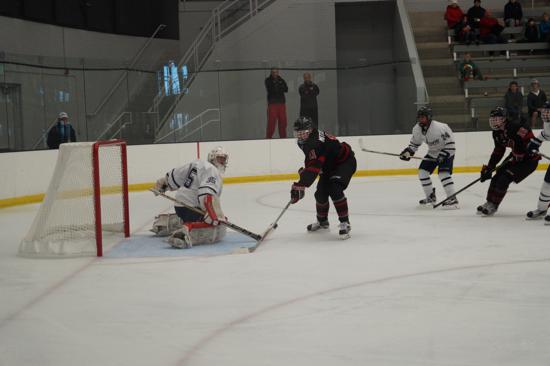 Skating on a line with two Division I committed players (Graham switched from Minnesota-Duluth to Notre Dame this fall), may have overshadowed Lawrence, but the senior’s smooth hands and rocket shot haven’t gone unnoticed by his teammates.

“He brings speed and he can shoot,” Graham said of Lawrence. “He’s really fast going up and down the wing, so it’s really nice playing with him.”

The Eagles have speed and can shoot the puck, but the Eagles’ chemistry may be the underlying quality that could enable them to improve on last season’s fourth-place finish in the Class 2A State Tournament.

“Everyone on our team is close-knit,” Mittelstadt said. “We’re all pretty good buddies,” Mittelstadt continued. “We just try to play with speed and have some fun.”

A diminutive skater last season as a sophomore, Mittelstadt estimates that he’s grown approximately five inches and put on nearly 20 pounds this offseason, putting him in the 6-foot, 200 pound range.

The extra muscle could come in handy for the Eagles, as Mittelstadt says the team will look to build on the No. 1 ranking. 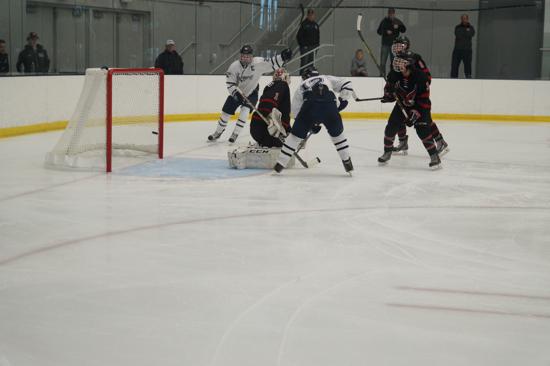 Prior Lake celebrates a goal in a 6-3 loss to Eden Prairie on Saturday at the Dakotah Ice Center in Prior Lake. Credit: Peter Odney.