Book Includes Character Based on Jack Jablonski, Nods to the State of Hockey 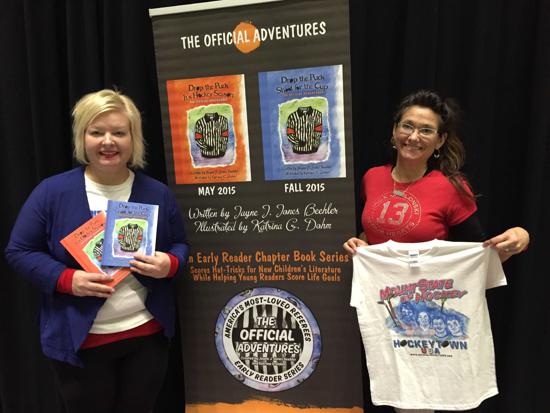 On November 7, a fundraising gala for the Jack Jablonski Bel13ve in Miracles Foundation, was held at the River Centre in St. Paul prior to the Minnesota Wild’s game against the Tampa Bay Lightning.

According to the Foundation’s website, Bel13vefoundation.org, the annual event, titled “A Night to Bel13ve,” supports paralysis recovery by funding medical research and by providing financial assistance to those living with a spinal cord injury, so they can access current recovery therapies.

The event also marked the local launch of a new hockey-themed book with a character, “Ace,” based on Jablonski, the former Benilde-St. Margaret’s player and current Los Angeles Kings intern.

By now, most in the State of Hockey are familiar with Jablonski’s story. On December 30, 2011, Jablonski was hit from behind during a high school hockey game, suffering injuries to his neck and spinal cord, resulting in quadriplegia. Jablonski has come far since the early days of his recovery, working to advance recovery for everyone living with a spinal cord injury through the Foundation, while pursuing a career in broadcast journalism and attending the University of Southern California.

“Drop the Puck: Shoot for the Cup,” the new book from author Jayne Jones Beehler and illustrator Katrina Dohm, helps bring his story and others to life in creative and inspiring fashion, with Minnesota serving as the backdrop.

Shoot for the Cup is set around Minnesota State Hockey Tournament time and features a character named “Ace,” who still gets around in a wheelchair two years after having been checked from behind at the same tournament. The story also highlights two girls who had made the boys’ team and contributed significantly to that team’s run at the championship. 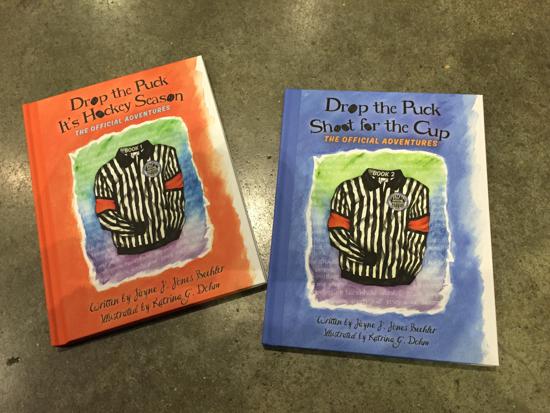 Jones Beehler and Dohm each have a gift. The good news for hockey fans is they are more than willing to share it. Jones Beehler, an accomplished writer, had the vision to write a children’s book and her good friend, Dohm, a professional illustrator, jumped at the chance to help her out. The dynamic duo have created two books in the past year that are a hockey parent’s dream.

Jones Beehler, who grew up a rink rat hockey sister, fell in love with the game as a child. What she found was that there were few children’s books about hockey. She set out to write a children’s book, and in the process check off a bucket list item by merging two of her passions.

“For me it was great to fulfill a need for young children, and I really wanted to create something that would drive kids to pick up a book and put down their Play Stations,” Jones Beehler said at the event.

Besides the character based on Jablonski, there are several other references to the State of Hockey. The book is set in “Hockeytown, USA” and the two female players are Paisley (named for Jordan Leopold’s daughter Paisley) and Avery (named for former University of North Dakota Head Coach Dave Hakstol’s daughter, Avery).

According to the book’s publicists, the new book has been endorsed by the Washington Capitals’ Alex Ovechkin, Philadelphia Flyers Head Coach Dave Hakstol, Matt Cullen of the Pittsburgh Penguins and Mike Hickey, president of the American Special Hockey Association. The national book launch will kick off on Nov. 12, prior to the Flyers game against the Capitals.

To learn more about the book or pre-order a copy, fans can check Officialadventures.org