You become what you repeat most often while you're young 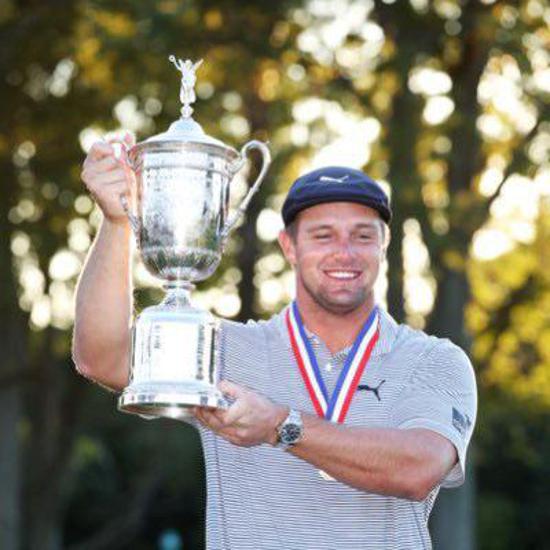 At age 28, Bryson DeChambeau added massive strength to build on the speed and skill that were developed in younger days. Photo/Twitter.com 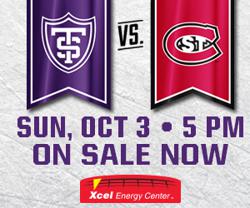 Bryson DeChambeau has hit the golf world like a tornado, because his strength training, his weight-gain of 40 pounds, and increased clubhead speed have added so much distance that he smashes tee shots way beyond average tour players.  This has changed golf dramatically, and encouraged weight training and all-out efforts to hit it long.

But, is the DeChambeau program at 28 years of age, a wise plan for adolescents in golf, hockey, or most sports?  No.  At young ages the Central Nervous System (CNS = Brain + Spinal Cord) is maturing and building athleticism: speed, coordination, explosiveness, dynamic balance, agility, and – Stop!  Stop reading for a minute – close your eyes, and picture great wide receivers or running backs in football, the quickest, most explosive basketball and tennis players ... or of course, elite hockey players. That’s what dynamic athleticism looks like.  Words fail to describe it completely.

Speed and complex athletic attributes are built into the CNS during the first 20+ years, as they were for every wide receiver, every elite tennis or hockey player – as they were for Bryson DeChambeau.  He was passionate about basketball, volleyball, and golf, and played them all by the hour.  In other words, diverse neuromuscular development when he was young built his great athleticism and natural swing speed.

Later he lifted weights seriously and added so much muscle mass he looks like a linebacker punishing golf balls. In his late 20’s he started working with Greg Roskopf, who encouraged balanced strength through a wide range of motion.  Roskopf trains well-known pros from other sports, and has added other PGA players who are looking for some of Bryson’s distance.

This has become the major story in golf.  But do not be misled.  Isolating muscles and gaining huge muscle mass is NOT how Bryson or stars from other sports developed elite athleticism while they were young.  It was participation in – and training for – dynamic sports.

Basic skills are also being established when you’re young. For hockey players, fundamental skating patterns are memorized in every practice and game – repeated off-ice if the program is a good one.  A fact from neuroscience is an important guide:  You become what you repeat most often.

In other words, the CNS is learning from childhood into your early 20’s.  Changes can actually be ‘seen’ by computer imaging (MRI and fMRI).  This means they are ‘hard-wired,’ and difficult to modify. Whether your movement patterns are SLOW or FAST; whether your skills (like skating or golf swings) fit with physical laws or fight against them, your movements are imprinted in the CNS.  This is why you should NOT practice when fatigue would produce slow or sloppy reps. It’s why much of your strength training must be fast and require agility: jumps, weighted jumps, sprints, and uphill sprints.

The planning of ALL training for children and adolescents – for every workout, every week, every season – must start with the question: What is the CNS memorizing from this?

The heart, lungs, and muscles are an important secondary question, but if High Intensity Interval Training (HIIT) is well-planned, those secondary priorities will improve to a greater extent than if we started with them.

That sentence might surprise some who haven’t kept up with recent research on endurance training for sports where bursts of explosiveness alternate with partial recovery (think football, tennis, and hockey).  The traditional advice was: first, establish an aerobic base with long, SLOW ‘cardio,’ while also building a base of strength.  Only then can you start explosive high-intensity intervals.  That was the wrong advice for children and adolescents in hockey to develop speed, endurance, and high-skill athleticism while you’re young enough for the CNS to learn new tricks. 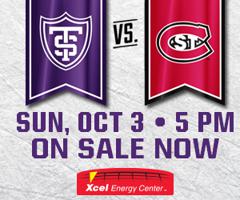 Preeminent preschool hockey tournament attracts scouts from around the world