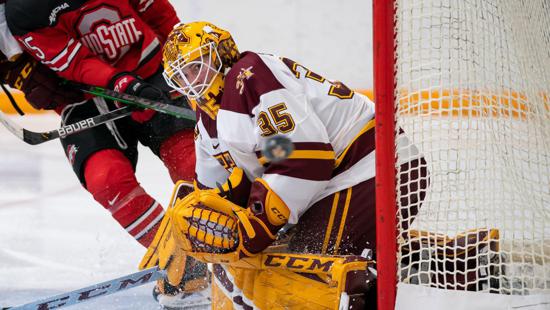 Lauren Bench is in her first year as the Gopher's goalie and has been impressive to start her senior season after transferring in from Bemidji State to begin her master's degree. PHOTO BY BRAD REMPEL/UNIVERSITY OF MINNESOTA

Senior netminder has 1.25 GAA and .962 SV% through first four games 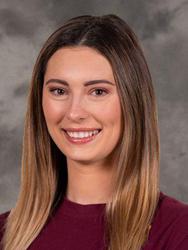 When Lauren Bench was seven years old she attended a Golden Gopher hockey game and caught a t-shirt fired into the crowd by Goldy Gopher himself.

It was then and there she knew she wanted to be a college hockey player.

“I looked at my mom and told her this is where I wanted to end up,” said Bench, now 23 and the starting goaltender for those same Gophers she watched 16 years ago.

But unlike others who traditionally play for the Gophers right out of high school, Bench took a different path to donning the maroon and gold. After an outstanding 5-year career at Burnsville High School where she became a finalist for the Let’s Play Hockey Goalie of the Year Award, she attended Bemidji State University.

“When I was originally getting recruited I knew I wanted to stay close to home,” said Bench. “Bemidji always made me feel wanted and I felt they saw me as an important piece to their program.” 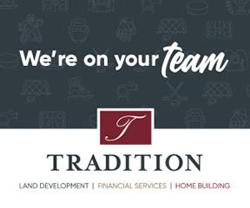 Bench opted to red shirt her freshman year since the Beavers already had an All-American goalie in Brittni Mowat. She played the next three years, posting a 2.25 goals against average and a .919 save percentage her junior season. But because she redshirted, she had one year of eligibility left when she graduated with her undergrad degree. The University of Minnesota gave her an opportunity to fulfill a couple dreams – playing for the Gophers, and earning her Master’s Degree.

“It seemed like the right move to continue my education," said Bench, who is working on a Master’s in Kinesiology. “First and foremost, Minnesota is a great school and of course have a really great hockey program."

Her conversations with Minnesota Head Coach Brad Frost were similar to the ones she had with Jim Scanlan at BSU.

“Coach Frost really made me feel like I would be a key part of the program,” she said. “He has given me a great opportunity.”

Bench’s rise to prominence in the collegiate game began rather modestly. She remembers being in a kindergartner and bringing home a flyer from school about a learn to skate program in Burnsville. Her parents weren’t from Minnesota and weren’t privy to the sport’s popularity in the state.  But they gave Lauren and her older brother a chance in that learn to skate program. The rest is history.

“For me it just kind of clicked,” she said. “Hockey became my favorite thing in the world.”

She started out as a skater, but when she joined the 10U team kids took turns playing goalie. She wanted to try it for one game but after she did nobody else on the team volunteered so her coach kept her between the pipes.

“I hated it!” she said. “But then I hit a point where I started to get pretty good. And it was fun once I got the hang of it. It was a rocky start, but looking back I wouldn’t change it.”

She trained hard, and went to goalie camps at Premier Goaltender Development and Stauber’s Goalcrease as well as the annual Dave Peterson camps through Minnesota Hockey. She also started to grow, eventually reaching 5’10,” which is considered tall for a goaltender. But she prided herself most on her skating ability.

“My strength is my skating,” she said. “Especially for someone my size. A lot of bigger goalies aren’t great skaters, but my skating allows me to be quick on my feet.”

She’s also takes pride in playing the puck and being that third defenseman when teams dump the puck.

“I watch a lot of games and watch the goalies make great plays on the puck and that I smoothing that always excites me,” she said. "I like being an extra defenseman down low.”

More recently she has learned how to utilize her size, heightening her level of aggressiveness moving further out of the crease to face shooters and cut down angles.

“I trust myself to stay out longer and take up that extra space for shooters,” she said.

Her skills are obvious. Who can forget the legendary performance against the University of Minnesota Duluth last year in the playoffs where she set a WCHA record with 70 saves in a four-overtime win  over the Bulldogs. The game lasted four hours and 50 minutes.

“It was absolutely insane,” she recalled. “We would go to the locker room between overtimes and the girls would be eating full meals and laying on the floor or have their feet up on the benches. Everybody was dead tired.”

Bench was going up against Maddie Rooney, who was the goaltender for the 2018 USA Olympic Gold Medal team.

“Maddie was playing well,” bench said. “Everyone was so dead tired there weren’t a lot of great opportunities. It was a lot of dump the puck and change. We knew whichever team could generate an opportunity would probably win.”

The Beavers outlasted the Bulldogs.

“It was a great experience,” she said. “But I was so dead after the game.”

This season she has been equally impressive as the Gophers look to compete for a national title. In the meantime she is continuing her education with hopes of one day working in the medical field.

“Medical school has always been a goal of mine,” she said. “As I go through my masters program it has opened my eyes to other possibilities as well. Helping people is important to me.”

She is certainly helping her teammates as they strive to be the top team in the country. This week they were ranked No. 3 behind Northeastern and Wisconsin.

“I think we have a lot of potential,” she said. “Being a part of the Gophers makes you realize how much talent is here. It was a tough start with Covid, but we are starting to click. The confidence and chemistry has started to shine. When you mix that with talent and the fact that girls are willing to do whatever it takes, this team has a great chance of being very successful.”

After her senior season of hockey, she hopes to get the opportunity to play professionally while she continues her education.

“One of the reasons I came to Minnesota to play another year was because I wasn’t ready to hang up my skates yet,’ she said. “And I still can’t picture hanging them up. Whether it is playing in Europe or here, I’d definitely love to play.” 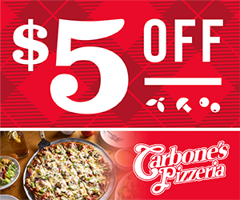