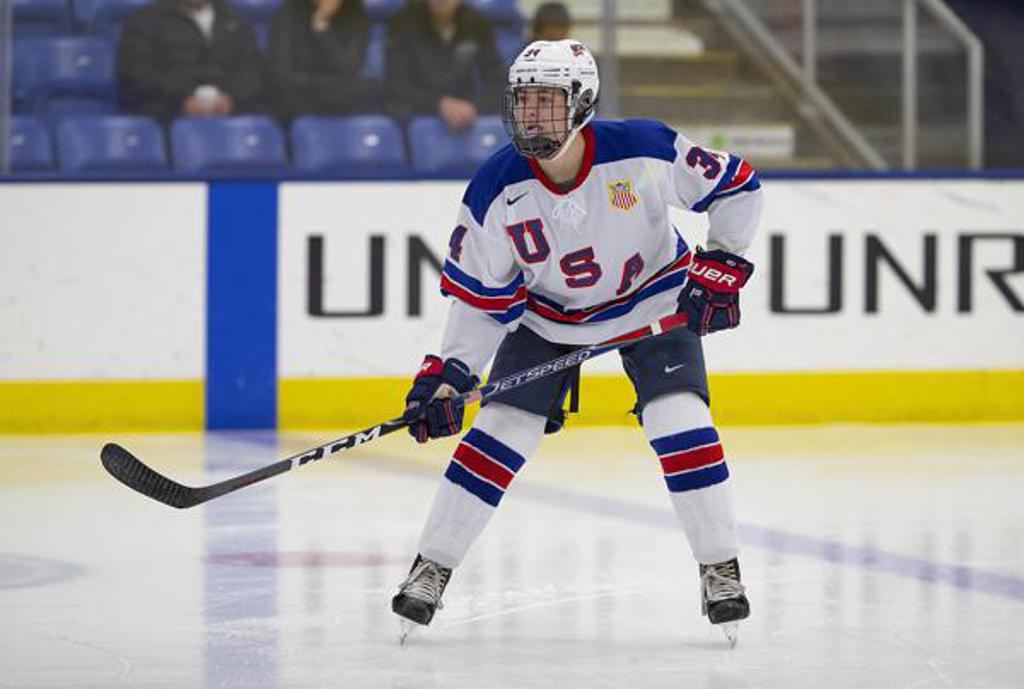 Brock Faber of Maple Grove was the top Minnesotan selected and sixth American selected in the 2020 NHL Draft.

Minnesota and Massachusetts both lead with 8 players each

COLORADO SPRINGS, Colo. - A total of 52 Americans were selected in the 2020 NHL Draft that concluded tonight, and for the third straight year, an American was taken among the top five picks when the Ottawa Senators selected defensemen Jake Sanderson (Whitefish, Mont.) with the fifth overall selection.

Sanderson, who is currently playing at the University of North Dakota, served as captain of the U.S. National Under-18 Team from USA Hockey's National Team Development Program in 2019-20. He played in 47 games with seven goals and 29 total points. He was named the 2020 Dave Tyler Junior Player of the Year and also earned MVP honors at the 2020 BioSteel All-American Game.

Forward Brendan Brisson (Manhattan Beach, Calif.) also was selected in the first round when the Las Vegas Golden Knights selected him the 29th overall pick. Brisson, who played for the Chicago Steel in the USHL, competed for the U.S. in the 2019 World Junior A Challenge and was also selected to play in the 2020 BioSteel All-American Game. Brisson is playing the 2020-21 season at the University of Michigan.

A total of eight Americans were selected in the second round, led by forward Sam Colangelo(Stoneham, Mass.) who Anaheim selected with the 36th overall pick. Colangelo spent the 2019-20 campaign with the Chicago Steel and will play this season at Northeastern University.

Next were five selections from the NTDP, including forward Thomas Bordeleau (Houston, Texas), was selected by the San Jose Sharks with the 38th pick; defenseman Tyler Kleven (Fargo, N.D.) who Ottawa chose with the 44th pick; defenseman Brock Faber (Maple Grove, Minn.), picked 45th by the L.A. Kings; goaltender Drew Commesso (Boston, Mass), who was taken 46th by the Chicago Blackhawks; and forward Luke Tuch (Baldwinsville, N.Y.), selected 47th by the Montreal Canadians.

For a complete list of Americans taken in the 2020 NHL Draft, see graph below.