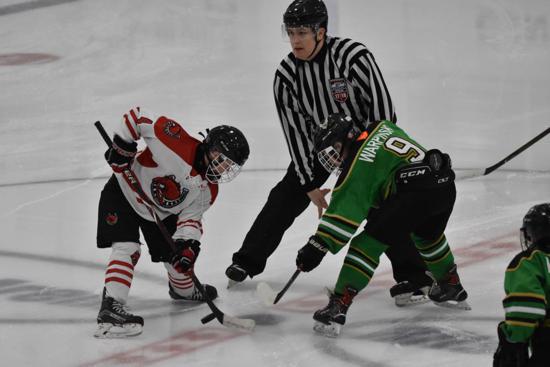 How players take draws is indicative to how they are coached

OS has a loyal readership of dedicated veteran officials. Those guys listen to OS.

How does OS know this? Simple. For years OS has been pleading with coaches to... well... coach. And what’s the first thing that garners a referee’s impression at game time?

I say this because once again, OS was working the Kings of Vegas and Queens of Vegas AAA summer tournaments and it was just shocking that “AAA” centers have no idea where to place their respective sticks during a face-off. And last I checked, participating in face-offs was an important duty of the average hockey center.

Ehh – for you Minnesota readers, your teams were just as guilty as the players from Southern California. (But you still get full credit for traveling out here during the “pandemic”).

So it’s back to the OS archives for a piece that’s as relevant today as it was when it appeared in this space nearly two years ago.

“Sticks in the white.”

How many times do us veteran officials have to repeat this, per game?

Centers, if you want to look sharp right from the opening drop, remember correct face-off procedures. I guarantee us referees will notice.

Likewise, coaches, if you want to stand out as a manager that really knows his or her stuff, please ensure that your centers understand the simple mechanics of taking a draw.

Now, for the rest of you in the hockey community that need a refresher on what I’m talking about, I direct you to USA Rule 613, Face-Off Procedures.

613(a) The stick blades of both players shall be in contact with the nearest white area of the face-off spot and clear of the center red area.

Here’s why. Correct face-off procedures keep the game moving. And since an official’s first close contact with a team usually occurs at one of the first two or three face-offs, a player who knows his stuff establishes instant credibility with the referee. That’s important.

Likewise, when I’m doing a high school game and I see the centers improperly placing their respective stick blades on the opponent’s half of the red dot, I surmise that the team is not well-coached. Whether this turns out to be true is irrelevant because either way, the club has to overcome the initial appearance of not knowing the basic rules, otherwise termed in the legal world as “the appearance of impropriety.” No one should want to start that way.

Look, correct face-off procedures are probably the simplest part of the game to master. Anyone can do it. All that’s necessary is to place the end of the blade, or the toe, right on the white part of the face-off circle closest to you. There is no reason for any part of the stick to be beyond the white painting as the rules clearly state that the blade must be “clear of the center red area.” (See above).

OS understands that face-off procedures may not be one of most colorful aspects of coaching. Most coaches probably never give it a second thought. That’s why this column is here. OS is trying to educate the hockey community through the eyes of veteran officials and there’s no better way to gain a competitive edge than to teach your kids the simple aspects of a legal face-off.

Credibility is often more important that performance. That’s how you win cases before the jury.

And it’s often how you win close calls before the zebra.

Which can sometimes make the difference for that elusive state title. 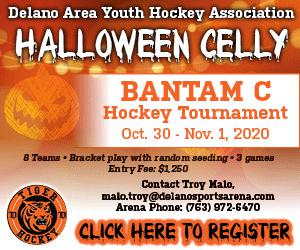