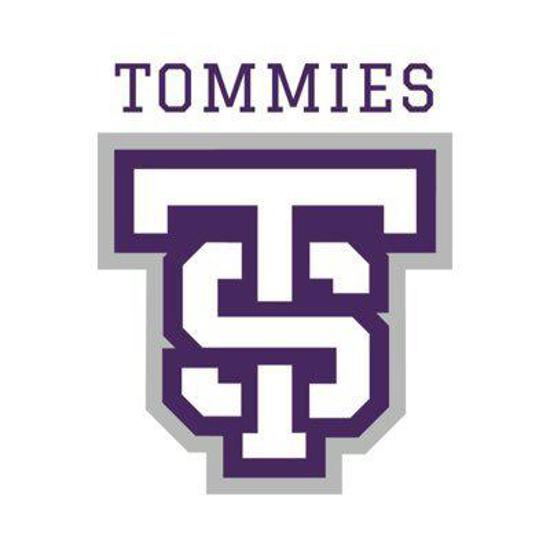 BLOOMINGTON, Minn. – July 15, 2020 – The Women’s League of the Western Collegiate Hockey Association will grow by one member as the league’s Board of Directors has voted unanimously to welcome the University of St. Thomas as the league’s eighth program beginning with the 2021-22 season.

“On behalf of the Western Collegiate Hockey Association, I am pleased to welcome the University of St. Thomas to our league,” WCHA Women’s League Board Chairman and University of Wisconsin Senior Associate Athletic Director Jason King said. “As we've gone through the membership process with St. Thomas, I have been impressed with their leadership at all levels, as well as their vision for their University, their athletics programs and their women's hockey team. This is a big win not only for our league, but also for the sport of women's hockey.”

Founded in 1885, the University of St. Thomas will join current WCHA member University of Minnesota as the second Division I athletic department in the state of Minnesota. In addition to its membership in the WCHA Women’s League, 19 of the school’s remaining 21 sports will join the Summit League while the school’s football program will join the Pioneer League. League membership for men’s ice hockey will be announced at a later date.

“We are thrilled to welcome the University of St. Thomas to the WCHA in 2021,” WCHA Commissioner Jennifer Flowers said. “St. Thomas is a dynamic private institution that brings with it a history of excellence both academically and athletically. The addition of St. Thomas enhances the WCHA’s regional footprint and further diversifies our incredible league. We look forward to expanding our Twin Cities fanbase by welcoming the passionate Tommie fans. The WCHA is proud to be the women’s hockey home for the University of St. Thomas.”

Located in St. Paul, Minn., St. Thomas was a founding member of the Minnesota Intercollegiate Athletic Conference in 1920 and will mark a century of membership in the MIAC when its programs compete in the league for the final time during the 2020-21 academic year. With 6,173 undergraduate students, St. Thomas will be the first private school to compete in the WCHA and the sixth league member located in the state of Minnesota.

“St. Thomas’ mission – to educate students to be morally responsible leaders who advance the common good – calls us to make an impact, and our reclassification to Division I allows us to broaden that impact,” St. Thomas President Dr. Julie H. Sullivan said, “We are thrilled to become part of the proud tradition of the Women’s League of the WCHA. Competing against these prominent women’s hockey programs will help St. Thomas extend its reach and, ultimately, advance our mission.”

The Tommies have emerged as one of the top programs in Division III women’s hockey. St. Thomas boasts a 357-171-52 (.660) all-time record after posting its 20th-consecutive winning season in 2019-20. St. Thomas has appeared in two Division III Frozen Fours, finished in the top-three in the MIAC 19 times in the last 20 seasons, claimed six MIAC regular season titles, six MIAC postseason crowns and earned six NCAA playoff berths since the program’s first season of NCAA competition in 1998-99.

“I want to thank Commissioner Flowers and the WCHA Board for their support of our efforts to reclassify to Division I,” St. Thomas Vice President & Director of Athletics Dr. Phil Esten said. “We’re thrilled to join the country’s premier women’s college hockey conference and look forward to establishing new traditions and rivalries with some of the most historic hockey brands at any level. This decision aligns with our university’s bold vision to ever press forward. I am excited for the opportunity to compete at the Division I level, while keeping a watchful eye on ensuring conditions for our student-athletes to pursue comprehensive excellence.”

While working through the NCAA transition process, St. Thomas will be immediately eligible for the WCHA regular season and postseason championships in 2021-22.

The addition of St. Thomas will return the WCHA to eight member institutions in 2021-22. The league was an eight-team circuit from 2004-05 through 2016-17 before the discontinuation of the women’s hockey program at North Dakota.

About the University of St. Thomas
Located in St. Paul, Minn., the University of St. Thomas supports 22 varsity teams (11 men's and 11 women's) and more than 700 student-athletes. With 16 team national championships, 68 individual/relay national titles, and 110 CoSIDA Academic All-Americans, St. Thomas has established itself as one of the premier comprehensive NCAA Division III athletic departments in the country.