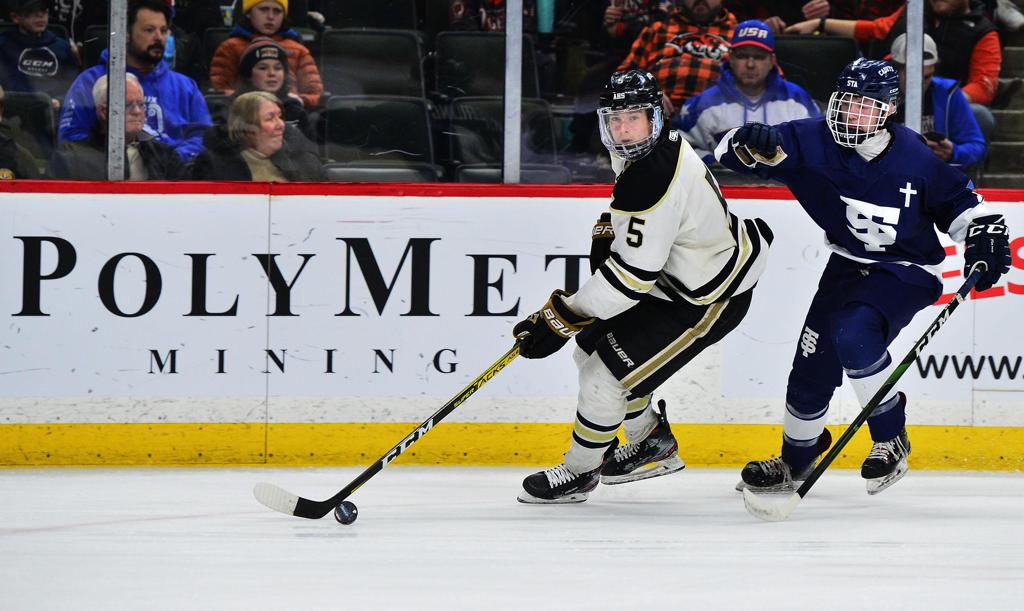 Andover defenseman Wyatt Kaiser was recently honored as the top senior defenseman in the state when he received the Reed Larson Award at the March 4 Class AA banquet.

The University of Minnesota-Duluth commit put up impressive numbers offensively by scoring 11 goals and adding 32 assists, but more importantly he was a top-notch defender, helping lead the Huskies to a No. 1 ranking and a berth into the Class AA State tournament. Kaiser is also ranked the 56th best skater in North America by the Central Scouting Bureau for players eligible for the 2020 NHL draft.

The winner of the Reed Larson Award is based on the following criteria: academics, community/extra-curricular activities, coachability and, of course, on-ice performance.