Skillful hockey is much more than skill practice 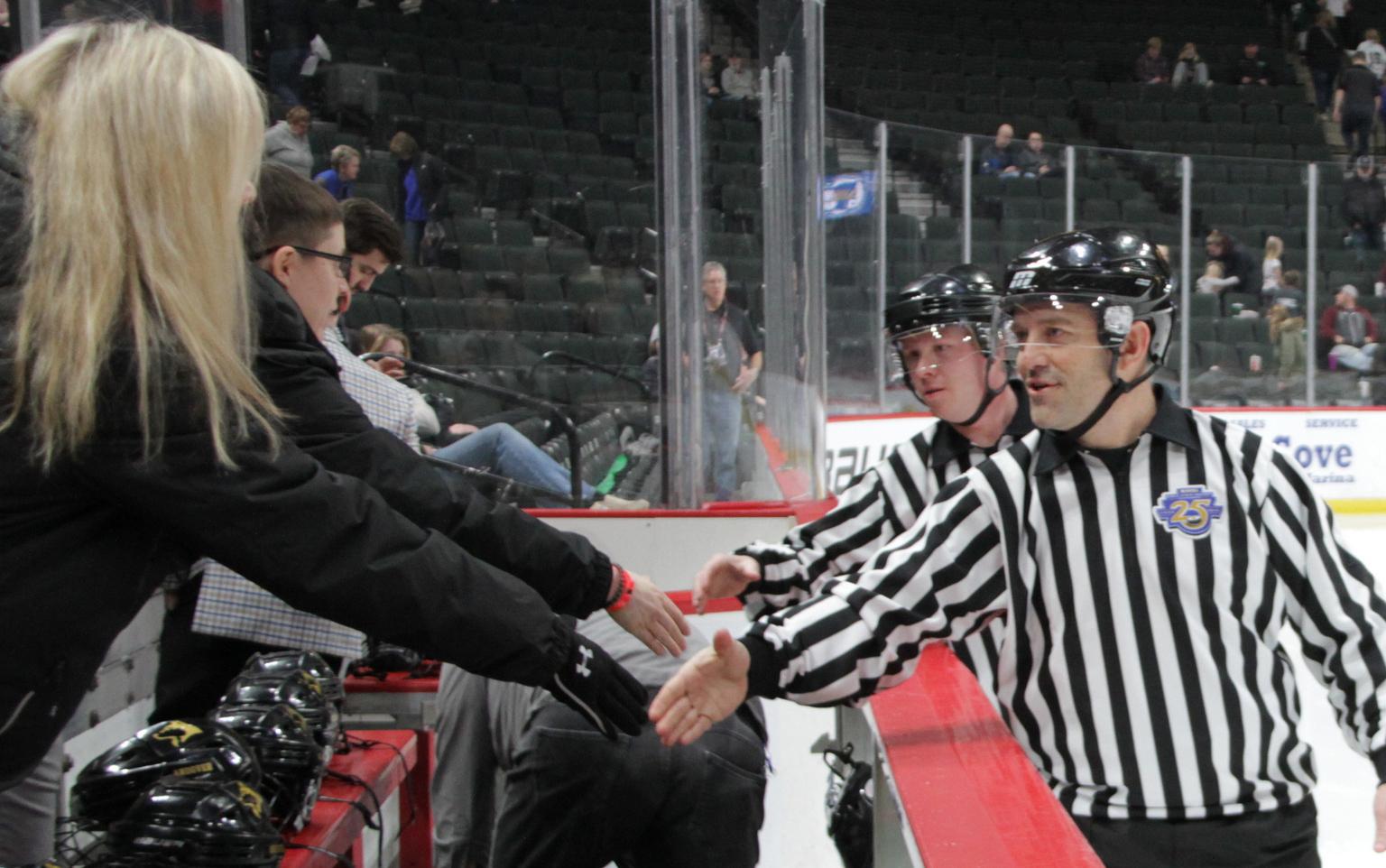 We’d be foolish to think that ADM advice about practices dedicated to skills is THE ANSWER to developing skillful hockey. It’s only a small part of the project. If we want the next generation of young hockey players to play a more skillful, safer game, adults (coaches, parents, and referees) will have to make major adjustments.

Our game is not played more skillfully, and it is not safer than 50-70 years ago. Actually, there is less creative playmaking, and more dump-and-chase. That’s even more astounding when we consider: (1) Today’s players are bigger, faster, and stronger (We’ve tested that premise hundreds of times). (2) Light, super-flex, composite sticks assist in executing stick skills, allowing peewees to shoot and pass like adults. (3) Opportunities are unlimited (at a price) for private instruction, for hockey camps, and for year-round hockey. (4) Off-ice training has increased the speed and explosive lower body strength of players at all ages. Every professional today has trained for years to improve skating and stick skills. Fifty years ago, not many did. They just played other sports.

Maybe that’s the first clue – other sports, like basketball and football have adjusted with the times, and are officiated in a way that promotes the skill of their games.  In the 1950s and ’60s, basketball players could not travel to make the crazy, fun layups we see today. Football was mostly off-tackle plays, then a pass on third down, and a punt. But quarterbacks are protected by a page-full of rules today, offensive linemen can use their hands to protect the passer, and officials call pass interference six times as much on defensive players as on the offensive receivers.

The result? NFL games are so popular that the television industry gives $9 billion dollars a year to the 32 teams.  Meanwhile, hockey rules-enforcement has made only minor adjustments, and the rule book is forgotten in the playoffs, and in the third period of regular season games. Besides that, ours is the only sport that allows players (at every age) to trash talk, cross-check, and punch opponents after the whistle.

We hang onto some very negative traditions in hockey. Example: It is proposed that players should decide the outcome of playoff games, not referees.  “Don’t make big calls that change the playoff games.” But, of course, that has changed the game before it starts, and the players definitely decide the outcome – those who cheat most effectively, that is.

Example 2: The dump-and-chase game depends on the premise that forecheckers can cause defensemen to make turnovers. Dump it in from the middle red line, skate full-speed to the point where the D is going to meet the puck, run the D from behind into the glass, and finish your check after he has passed the puck. Charging, boarding, checking from behind, and interference.

This promotes turnovers by the defense, and we call that offensive attack?  That’s like building an “offensive game plan” in football by punting on third down, cheating on defense (which used to be common before football adults got smart) and relying on turnovers by the other team.  That’s offense?

The other thing adults must do to promote safer, more skillful hockey is allowing skills to be an experimental process (trial-and-error) in games. Skill development doesn’t end in practice, but this will be the topic of next week’s rant.

RT @NA3HL: It's the most wonderful time of the year! That's right... the 2021 #NA3HLShowcase begins today @SuperRink in Blaine, MN. We welc…