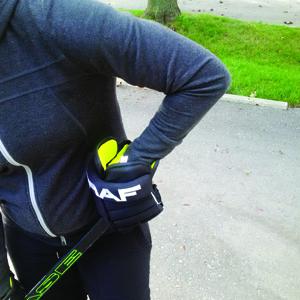 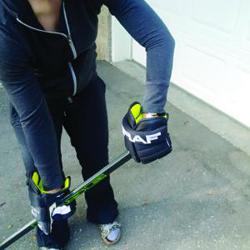 You might be thinking that this message is going to be all about nutrition, but it’s not. After all, I’m pretty sure it goes without saying that chicken wings aren’t  appropriate fuel for high performance. This message is about one of the biggest problems I see every day with the way girls’ hockey players hold their hockey sticks. It prevents them from being able to shoot, pass and stickhandle properly, so it must be fixed!

This is the dreaded chicken wing. The top hand on the stick is right up against the hip which causes the elbow of the top arm to be bent like a chicken wing.

This arm and hand position limits a player’s range of motion in moving their stick around their body. Players who have the chicken wing have very choppy stickhandling and an inability to move the pick out wide to either their backhand or forehand side. When these players go to shoot, they often end up flicking the puck towards their target without any kind of follow-through. “Chicken wing” players also slap their passes because their top hand position prevents them from sweeping the puck. Chicken wing players are never elite at shooting, stickhandling or passing.

Here’s how to fix it – move the top hand away from the body. I like to use the cue “down and out” to encourage players to eliminate the chicken wing. This proper hand positioning allows the player to move their stick into any position around their body much more easily. It allows them to roll the wrist of their top hand more effectively to allow for softer hands while stickhandling.

Getting their top hand away from their body allows them to create a snap or whip in the stick when shooting instead of slapping at the puck without any follow-through. And passing becomes flatter, harder and more accurate instantly with this proper positioning.

It’s a very simple fix but it may take your players some time to fix it if they’ve been in the bad habit of “chicken-winging” for awhile. Teach it and remind players to do it whenever they touch the puck.

Coach Kim McCullough is a leading expert in the development of female hockey players. She is the Director & Founder of Total Female Hockey and has coached at the Provincial and National team level. She is currently the Head Coach of the Toronto-Leaside Jr. Wildcats in the Ontario Provincial Women’s Hockey League. To take your shooting and stick-handling to the next level this summer, click here. 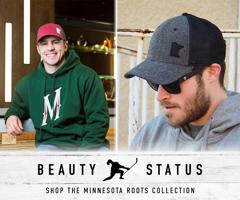